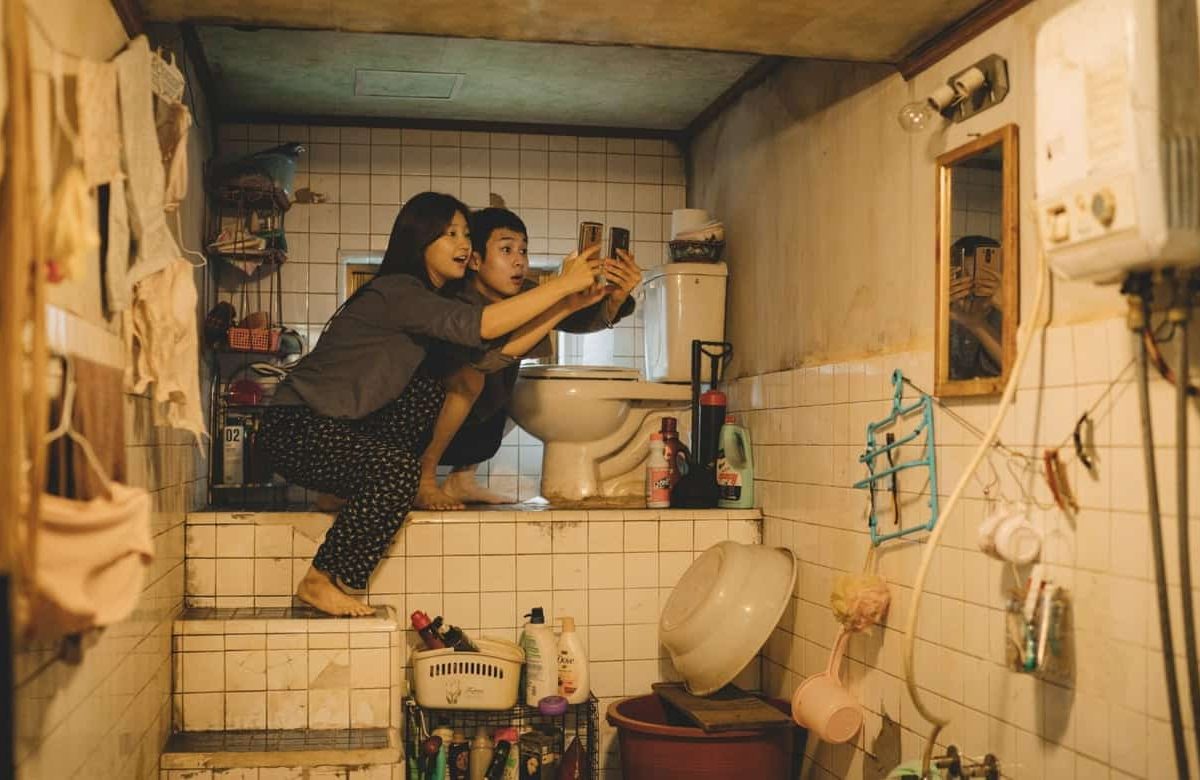 Parasite is a work that has made Oscars history, as the first film to win Best Picture and the Palme D’Or at Cannes in the same year since 1955’s Marty, and the first ever Best Picture with majority dialogue not in the English language (Korean).

As incredible as these facts are, they do not by themselves convey how effective and brutal this evisceration of class in modern South Korea and by extension the entire developed world is.

An unemployed family of four are given a lifeline when son Ki-woo (as Choi Woo Shik) is offered to pose as a university student and be paid to tutor the teenage daughter of a rich family. He soon manipulates the naïve mother Kim Ki-jung (So-dam Park) to let his sister Yeon-kyo (Yeo-jeong Jo) become her young son’s art teacher. The children connive to displace rich father’s driver with their own father Kim (Song Kang-ho), and the maid with their own mother.

The desperation with which the working class strive to attain what seems to come so easily to the privileged is a core theme running through Parasite, counterbalanced by the awful irony of how clueless they may be once they have tasted this new experience.

The expression lions for lambs is one more obviously attributed to 1917, but it is an equally apt description of the class warfare on display here. Elevating the goings on is exquisite cinematography of Kyung-pyo Hong, and a screenplay by writer director Bong Joon Ho that exudes a supreme confidence in its next step throughout.

Mr. Kim is the most overtly conflicted of all the characters, and Kang-ho does a magnificent job in conveying a deep hurt beneath a placid exterior. Yeo-jeong Jo is also huge fun as a matter-of-fact psychopath, perhaps most ingeniously when her character convinces these quick to judge rich parents that their darling children may be threatened by an entirely manufactured case of the maid’s tuberculosis.

A film of rising escalation from start to finish that savages rich and poor alike, entertaining while pointedly exposing the profound inequalities of the world we all seem to live in with little more than a shrug of Mr. Kim’s shoulders.