The literary establishment ponder the meaning of love and the effects of technology in Non-Fiction, a warm and often funny film from director Olivier Assayas. Set in Paris, the film opens with a meeting between publishing director Alain (Guillaume Canet) and long term author Léonard (Vincent Macaigne). Alain rejects Léonard’s latest novel and they both return home to their partners. Alain is married to television actor Selena (Juliette Binoche), while Léonard is married to political consultant Valérie (Nora Hamzawi), but the links between the two couples may be more than merely professional.

Assayas’ films are imbued with a philosophy informed by the Situationist movement of the 1960s, which sort to attack the media heavy capitalist society they faced. The spirit of the Situationists was epitomised by a piece of graffiti – erected as part of the May 1968 protests that rocked France – that proclaimed “The more you consume, the less you live.” For the Situationists the ephemeral and everyday was a way of resisting commodification and the saturated consumer culture. For Assayas the act of filmmaking and the collective experiences it creates are just as important as the final film itself. It suggests that the conditions under which art is produced or consumed are what really matter.

It is then perhaps unsurprising that Assayas is so preoccupied with how our methods of consumption have changed with technology and how this affects our experiences of art. Non-Fiction is built around long and intense conversations about how books are read and whether the delineation between print and online really matters that bring to mind the work of Éric Rohmer, in particular Pauline at the Beach, and Laurent Cantet.

The film itself is agnostic towards technology. Freedom to consume art in new and different ways is counteracted by the prisonlike hold modern technology has over us. Alain is the most undecided and at one moment decries the lost pleasures of print books, only to tell investors of the financial possibilities of online publishing. Selena seems similarly torn, unsure if her escapist police drama is as satisfying or enriching as she would like, while Laure (Christa Théret), who works at Alain’s publishing house, is an enthusiastic embracer of technology who sees a utopia-like world where everything can be found online.

Assayas’ own feelings towards the internet age seem to have mellowed a little since his 2002 internet apocalypse thriller Demonlover. There is something fascinating about watching a one-time radical trying to come to terms with modern society, in a way that challenges its assumptions without simply dismissing them.

Of course changes in technology and consumption have also had large and underlying impacts on artists themselves. With the loss of mystery surrounding artists, who have seen their personal lives seep into the public, the term auto-fiction, one used to recognise the impact an author’s own experiences have had on their work, has becomes a popular buzzword.

Léonard is repeatedly accused of auto-fiction. It is common knowledge who each of his characters’ real life counterparts are and a scene from his latest novel, rumoured to be about an ex-girlfriend, has made a stir online. Where writers from the past can be enigmatic and mostly unknown, Léonard’s personal failings are available for the world to see. Little seems to be left to interpretation and his novels become less about literature and human understanding than a puzzle-like investigation of the author’s life.

It isn’t until near the end when the film settles down on two characters that Non-Fiction appears to come to some tentative conclusions. For all the conversations the simple line “It’s not a miracle, this is real” seems to surmise better than anything else what is going on. Alain and Léonard may be transfixed by methods and modes but it is tangible experiences and feelings that really matter. 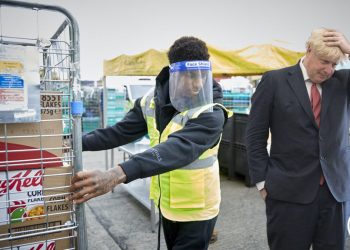