By Wyndham Hacket Pain Controversial and often divisive, Rainer Werner Fassbinder directed 40 films in 14 years before his death from a drug overdose aged 37 in 1982. He was so prolific during his lifetime that even today audiences and critics are still catching up with his work that in some cases have only received […] 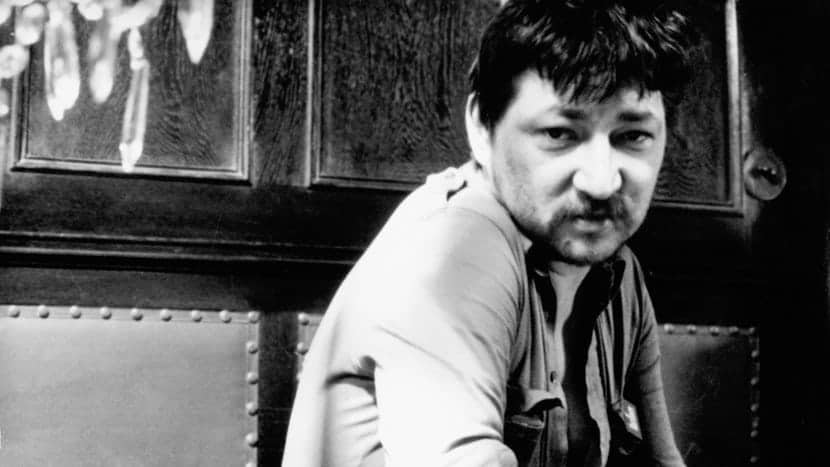 Controversial and often divisive, Rainer Werner Fassbinder directed 40 films in 14 years before his death from a drug overdose aged 37 in 1982. He was so prolific during his lifetime that even today audiences and critics are still catching up with his work that in some cases have only received limited DVD releases. The current retrospective at the BFI then represents a chance to re-evaluate a director whose work is as intriguing and important as any of the great filmmakers. Fassbinder’s first feature was informed by his previous work in theatre, as well as the films of the French New Wave, especially those of Jean-Luc Godard. Fassbinder plays a petty criminal who shares a flat with a prostitute and invites another young thug to join him. The character he plays is an outsider and nonconformist, not too dissimilar to the director himself who would spend much of his career making films outside the system of German filmmaking that reflected his own personality and experiences. Stylishly shot in black and white and set in the director’s home town of Munich, Love Is Colder Than Death set the tone for much of his early work. Shot in a single room with only six actors and set in the home of protagonist Petra von Kant, the film tells the story of her relationships with the other women in her life, including her lover, maid, daughter, or mother. The single setting gives proceedings a claustrophobic feeling that heightens emotions and traps in the anger and pain. The depictions of the unsatisfying and destructive central love triangle quite likely find inspiration from Fassbinder’s own life and this is only one of the many occasions that unfulfilled love is the central preoccupation of the director. Deeply moving and cinematically rich, this is probably my favourite of all Fassbinder’s films. In the early 1970s Fassbinder discovered the melodramas of Douglas Sirk and was deeply touched by the tenderness and sincerity of these works. It is was Sirk’s film All That Heaven Allows, about a well to do widow who has an affair with a working class gardener, that would inspire this film. Transplanted to 1970s Berlin, Fassbinder’s semi-remake takes Srik’s setup and introduces themes of race and racism to a society that was still coming to terms with the horrors of the Second World War and the holocaust. Fassbinder was fascinated by the ghosts of the past and the ways in which they haunted contemporary German life. Ali: Fear Eats the Soul masterfully manages to combine the emotion resonance of Douglas Sirk with the social tensions of post-war Germany. In the final period of Fassbinder’s career he set out to make German Hollywood films that were cinematically lust but still politically charged. With this effort he tells the story of Maria Braun who is separated from her husband by the Second World War and his post-war imprisonment. In the wake of a new world Maria has to adapt to the challenges it presents and the hardship she faces. Fassbinder’s work is often about the relationship between oppressors and the oppressed, and where a traditional Hollywood film would have been about the redeeming nature of love, this film demonstrates how love can be the greatest oppressor of all.

RW Fassbinder season runs throughout April and May 2017 at BFI Southbank.