RelatedPosts Film Review: Carmilla BFI London Film Festival: Cicada review BFI 2020 review: Farewell Amor Film Review: Eternal Beauty Vice opens not in an office of government but with the sight of a young Dick Cheney being called over by the police for drink driving. Having already dropped out of Yale, he spent most of […] 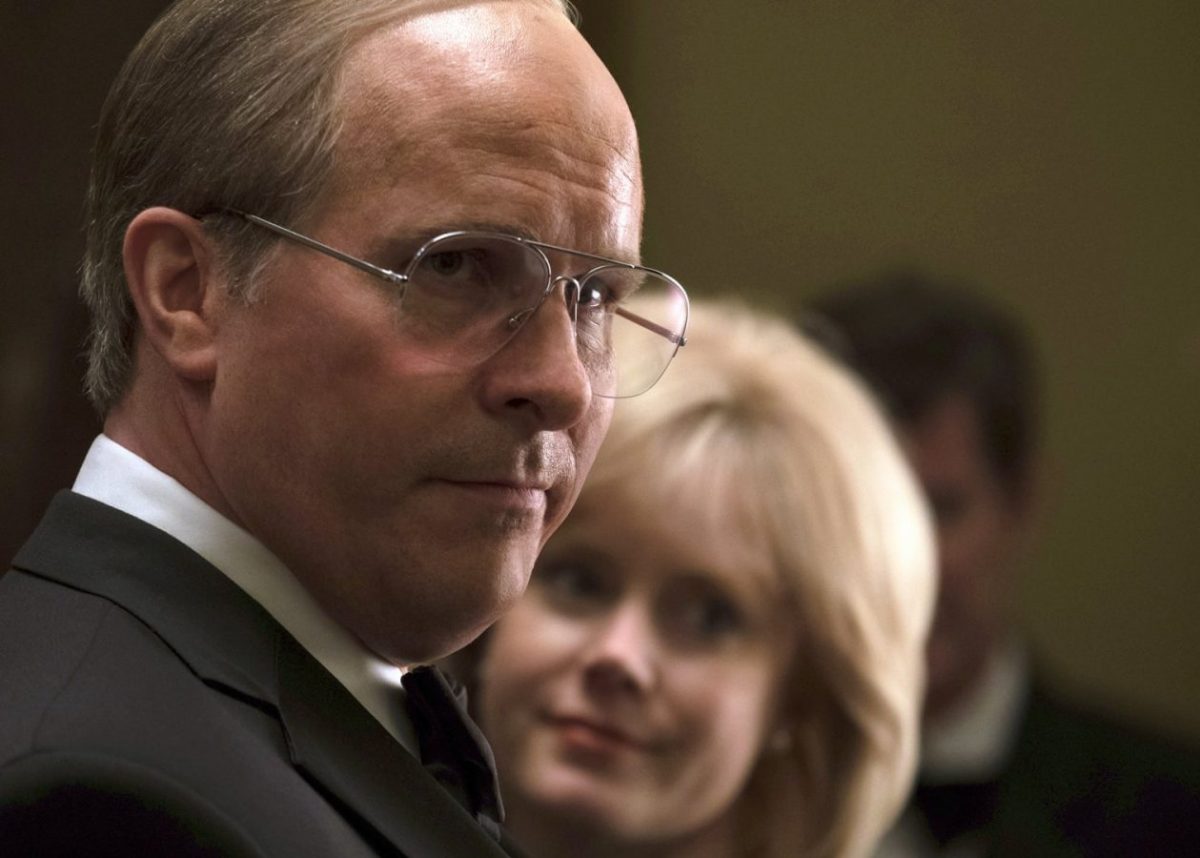 Vice opens not in an office of government but with the sight of a young Dick Cheney being called
over by the police for drink driving. Having already dropped out of Yale, he spent most of his early
twenties drinking and working as an electricity maintenance worker. Fearful that his life was going
nowhere, his wife Lynne (Amy Adams) demands that he cleans up his act and by 1969 he was
interning in the White House. Initially under the tutelage of Donald Rumsfeld (Steve Carrell), Cheney
ascends the political later to become Secretary of Defense under George H. W. Bush (John Hillner)
and Vice President under George W. Bush (Sam Rockwell).

The film is full of the same forth wall breaks, voiceovers, and creative explanations of events and
information that characterised director Adam McKay’s previous film The Big Short, and to a lesser
extent earlier works like Anchorman, Step Brothers, and The Other Guys. It is an approach that brings
life to the film, often with assuming results. It is amazing that so many laughs could be found in the
life of politics’ least charismatic figure.

McKay clearly relevels in this anarchic approach and at times struggles to real himself in. The story
zags all over the place and it is often unclear where it is heading. As amusing as it is to see Dick and
Lynne Cheney recite Shakespeare in bed it doesn’t progress a storyline that is already overblown and
a little indulgent. It feels like McKay is trying to cram every idea he had into the film.

Despite this, the film does manage to bring new light onto a man who spent most of his career in the
background. Vice has a cautious admiration for Cheney’s political rise – he went from a drunk and
university dropout to arguably the most powerful person in the world – but decries what he
achieved once he obtained this position of office. Unlike many that seek public office, Cheney does
not subscribe to any given ideology, at one point even asking Rumsfeld “what do we believe in?”,
but is instead much more interested in the acquisition of power. It is this above all else that
motivated Cheney and his Machiavellian manipulation of the American government and
constitution.

It is impossible to watch Vice without thinking about the current state of American politics and the
latest incumbent in the Oval Office. Watching Cheney work behind the scenes it becomes apparent
that the creation of “fake news” and “alternative facts”, the dismantlement of democratic norms,
and the endorsement of executive orders have their roots in the Bush Presidency, if not the earlier –
Fox News founder Roger Ailes after all was media consultant to Richard Nixon, Ronald Reagan, and
George H. W. Bush.

Vice may have divided audiences with its cartoonish reimagining of Dick Cheney’s political career but
it is its willingness to challenge our expectations of what a political drama should be that makes
Adam McKay’s satire worth watching. There are a string of bland biopics released each year in the
run up to awards season that are safe and instantly forgettable. Vice might be messy and a little too
long but it is entertaining and above all memorable.