In Björn Runge’s The Wife, Glenn Close offers a truly outstanding performance as the long suffering wife of an insufferably vain novelist (played by Jonathan Pryce). Adapted for the screen by Jane Anderson from Meg Wolitzer’s 2003 novel of the same name, the film is a beautifully understated, thought provoking and deeply affecting study in codependency and deceit, which is only slightly let down by a needlessly stagey style.

After nearly forty years of marriage, Joan and Joe Castleman (Close and Pryce) seem very happy and content despite their many differences. While Joan is organised, self-effacing and well mannered, Joe is a braggy, shambolic and a generally contrarian misanthrope who has for far too long relied upon the good nature of his wife to pick up after him, both literally and metaphorically.

When Joe learns that he is about the receive the Nobel Prize in literature, the couple’s seemingly perfect symbiosis is disturbed when a trip to Stockholm to collect the prize results in old wounds being reopened. When she catches her husband flirting with a woman half his age, Joan soon starts to question her relationship with a man who has been unfaithful to her throughout their marriage and who has deliberately stood in the way of her fulfilling her full potential as a writer.  Cornered by Nathaniel Bone (Christian Slater), a charming yet arrogant journalist who plans to write an unofficial biography about Joe, Joan soon finds herself revealing way more than she had envisaged to a man who has made it his objective in life to ruin Joe’s reputation at any cost.

Runge presents a film that does its very best to remain true to the original source material, all the while adding another layer of mystery and revelations to Meg Wolitzer’s text. Choosing to set the action behind the scene of the formalities of the Nobel Prize ceremony (Wolitzer never mentions the Nobel organisation in her book by name), Runge delivers some brilliantly well executed and at times deliberately comedic moments that culminate in a showdown between his two main protagonists with disastrous results.

Glenn Close puts in an impassioned turn as Joan, managing to embody the characteristic of a strong woman who has had to forgo her own happiness to please the man she loves. Delivering each line which huge reserve and poise, Close is at her best when she says very little, preferring to let her body language do all the talking for her instead.  For his part, Jonathan Pryce depicts Joe as a suitably glib and petulant man-baby who has been mothered and cajoled by women all his life, and who is finding it hard to deal with his devoted wife’s new found freedom. Elsewhere Max Irons manages a solid turn as Joan and Joe’s downtrodden resentful son, and Christian Slater brings some much needed playfulness to a role that could have easily gone unnoticed in anyone else’s hands.

All in all, The Wife does exactly what you expect of it, even if it fails to stray far enough from the constraints of its literary source material . A well made, beautifully observed and fantastically acted drama that is sure to gain Glenn Close a 7th another Oscar nod. And who knows, this may be her time. 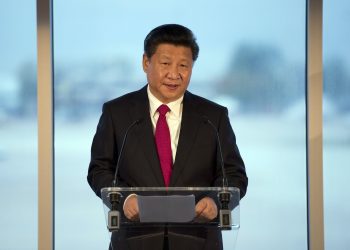