Filmmakers have a strange habit of allowing the most horrific events to take place in the most beautiful of surroundings. This is most certainly the case with Sicilian Ghost Story, which is set in the woodlands and lakes that border one of the titular island’s small towns. The film centres around Giuseppe (Gaetano Fernandez), a […] 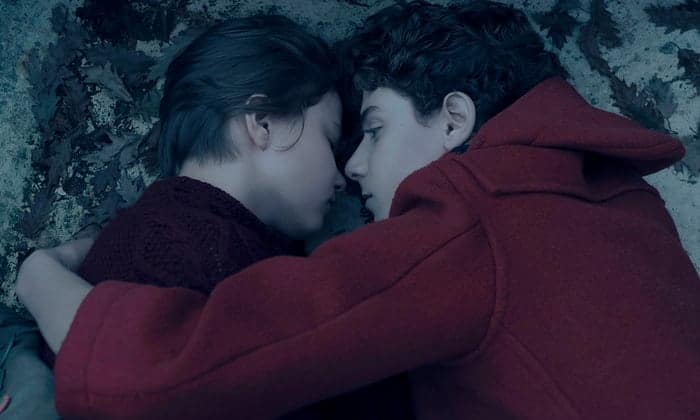 Filmmakers have a strange habit of allowing the most horrific events to take place in the most beautiful of surroundings. This is most certainly the case with Sicilian Ghost Story, which is set in the woodlands and lakes that border one of the titular island’s small towns.

The film centres around Giuseppe (Gaetano Fernandez), a 13 year old boy, and Luna (Julia Jedlikowska), a spirited girl in his class who has taken a liking to him. Giuseppe is sensitive and caring and he and Luna wander through the woods together after school. At first it looks like a classic tale of first love but before long the film takes a darker turn.

Giuseppe and Luna’s parents are involved in rival criminal operations and they forbid the two young adolescents from seeing each other. When Giuseppe’s father turns against his former Mafia associates and informs on them to the police, the gang takes action and kidnaps his son. For the most part the police and wider community have little interest in finding him, with the exception of Luna who keeps looking for and dreaming about Giuseppe.

The filmmakers blend a number of different styles into this tonally diverse and emotionally rewarding story. The tender coming of age drama is accompanied by a realistic kidnapping, dark fairy tale-like undertones, contemplations on man’s relationship to nature, a sweet love story, and some broad Felliniesque humour. It is a lot to fit into one film and for the most part the juxtaposing of imagery and motifs is successful. There is the odd moment when it is hard to see how everything fits together, such as when the children are seen philosophising about the natural world, but for the most part the directors’ ambition is admirable.

Perhaps inevitably comparisons have been drawn with the work of Guillermo de Toro and in particular his films The Devil’s Backbone and Pan’s Labyrinth. There are definitely overlaps in the directors’ approaches and both filmmakers are influenced by fantasy and mythology – Sicilian Ghost Story is set very close to the supposed location of the Gates of Hades – but Fabio Grassadonia and Antonio Piazza’s film is predominantly rooted in real life events.

During the 1990s, the Sicilian mafia was in open war with the government and wider society. The kidnapping at the heart of Sicilian Ghost Story is based on a true story and is a notorious event within Italy which latest almost 800 days. There are several moments that reminded me of Ridley Scott’s All the Money in the World, and in different hands the film could have been a genuine crime thriller. Added into the mix is a tale of first love that is in the mould of Romeo and Juliet, as well as every account of forbidden love that has come since.

The title does seem to mis-sell the film which tries so hard to avoid easy categorisation. Labelling it a ghost story is as unfair as calling it a tale about love, crime, or nature. Sicilian Ghost Story is a unique blend of genres that manages to be both haunting and magical.