It may have taken almost three years for My Golden Days to make its way from the Cannes Film Festival to British cinemas, but this affecting drama is more than worth the wait. It opens with a middle-aged anthropologist called Paul (Mathieu Amalric) preparing to leave Tajikistan where he has been working for almost a decade. […] 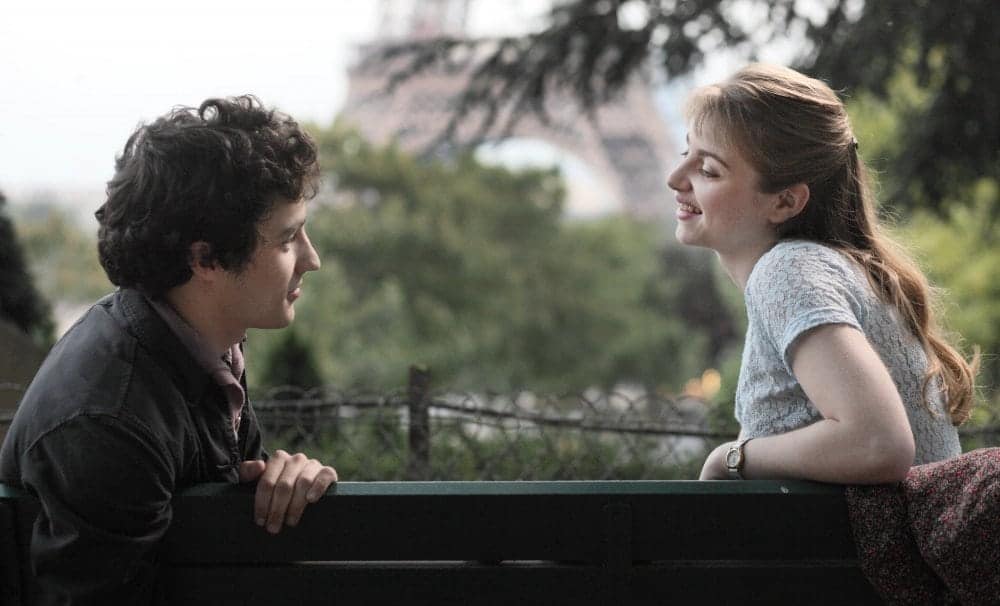 It may have taken almost three years for My Golden Days to make its way from the Cannes Film Festival to British cinemas, but this affecting drama is more than worth the wait. It opens with a middle-aged anthropologist called Paul (Mathieu Amalric) preparing to leave Tajikistan where he has been working for almost a decade. As he gets off the plane in Paris, he is taken to one side and is questioned by a French intelligence agent (André Dussollier). Paul begins to tell the officer about his life, and as he does we see it unfold in flashback.

These sequences are told in three parts, beginning with his unstable mother and violent father, followed by a teenage trip to communist Russia where he helps a Jewish dissident leave the country, before chronicling his turbulent first love with Esther (Lou Roy-Lecollinet). It is an affair that is the stuff of dreams and nightmares, containing genuine love and unbearable pain. It is the kind that still occupies much of Paul’s mind 30 years on.

Director Arnaud Desplechin, best known for his film A Christmas Tale – a tale of generational dysfunction within a bourgeois family – brings a dreamlike and ruminative feel to My Golden Days, which is a prequel to his 1996 feature My Sex Life… or How I Got into an Argument. The two films may share some of the same characters, but Desplechin’s latest effort would work as a stand-alone film. Like with Richard Linklater’s Everybody Wants Some!!, we see a now established director loosely revisiting the characters and settings that more than 20 years ago established him.

What makes My Golden Days so enjoyable to watch is the youthful exuberance that fills almost every frame. Each flashback feels like a memory, simultaneously light and meaningful. It is constructed from a painful nostalgia created from past joys and selfish misjudgement. More than anything, youth is captured as an intense feeling that in its pain can leave you feeling numb once you have entered adult life.

Compared with recent films such as Call Me By Your Name and Beach Rats, more could have been done to explore issues of adolescent sexuality and the impact of first love. His relationship with Esther takes up most of the film’s two hour runtime, but it can be difficult to make anything other than broad conclusions. It is evident from the scenes shot in the present that she has had a lifelong influence on him but it is hard to attribute his isolation or loneliness down to their affair – these characteristics seemed to have been present before they met.

My Golden Days is an evocative ode to lost loves and failed affairs. Soft focus and intimate close-ups will take you inside the mind of Paul and allow you, perhaps only for a moment, to look back at what once was.