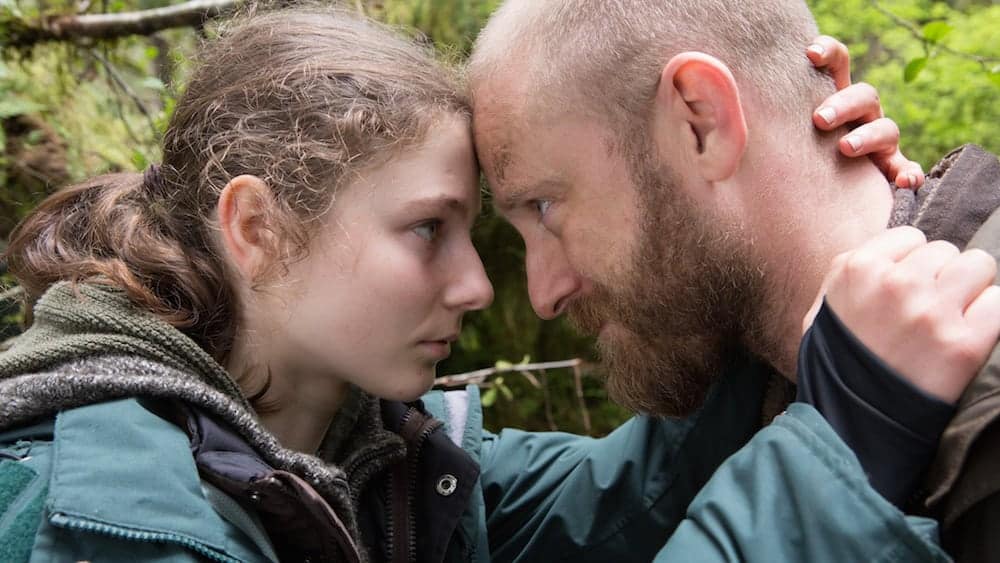 There is something undeniably beautiful about the lush greenery that surrounds the Pacific Northwestern city of Portland. It is here in a large public park that Will (Ben Foster) and his teenage daughter Tom (Thomasin McKenzie) live. Will is a war veteran who tries to escape the pressures of modern life and his PTSD through living in the wild. He is a very adept camper and they both live a comfortable existence in the woodlands.

Perhaps inevitably, they are one day spotted by the police and shepherded through social services, who are very helpful and quickly find them a house in a peaceful rural area. Tom adjusts quickly and enjoys the social interactions she is able to have but it isn’t long before Will has urges to leave for the wilderness once more.

Debra Granik is a brilliantly nuanced director who is able to chronicle aspects of American life that are often overlooked. Her previous film Winter’s Bone, released almost a decade ago and which saw Jennifer Lawrence propelled into stardom, similarly looked at the self-sufficiency of those living on the margins. Her work bares comparison with that of Kelly Reichardt who has also looked at characters who do not conform to society’s conventional standards with films like Old Joy, Wendy & Lucy, and Certain Women.

Much like with Winter’s Bone, Leave No Trace contains a breakout performance from Thomasin McKenzie, who in the coming years might see her career take off in the same way as Lawrence’s. She is more than a match for Ben Foster who comfortably inhabits the troubled veteran. It is a role that really suits him and one in which he is able to be tender and uneasy at the same time. For all his problems he is a caring and diligent father who has Tom’s best interests at heart. It seems unfair to call the two of them homeless when their camp is so meticulously put together. I’m not much of a camper but wouldn’t be too concerned at the prospect of spending a night there.

The two central performances help to stop the film, for the most part, veering into sentiment. The ways in which it presents notions of family and the effects of trauma feel real and are easy to connect with. Even the ending, which could have felt contrived and forced, instead feels like a natural culmination of everything we have seen. There is a brilliant attention to detail throughout the film, from the survival skills displayed within the park to the many questions asked by social services. Some credit must go to the source material – the novel ‘My Abandonment’ by Peter Rock – which appears to lay a strong foundation for Granik’s adaptation.

Ultimately, Leave No Trace may at first appear a little low-key but it is an emotive look at those living on the periphery of modern life. After watching the film you will find you have more in common with those it depicts that you’d have ever expected.