In the summer of 1976, two members of the Popular Front for the Liberation of Palestine, aided by 2 members of the West German Revolutionary Cells group, hijacked an Air France flight heading from Tel Aviv to Paris and took its 250 passengers hostages. The group then forced the plane’s mostly French crew to fly […] 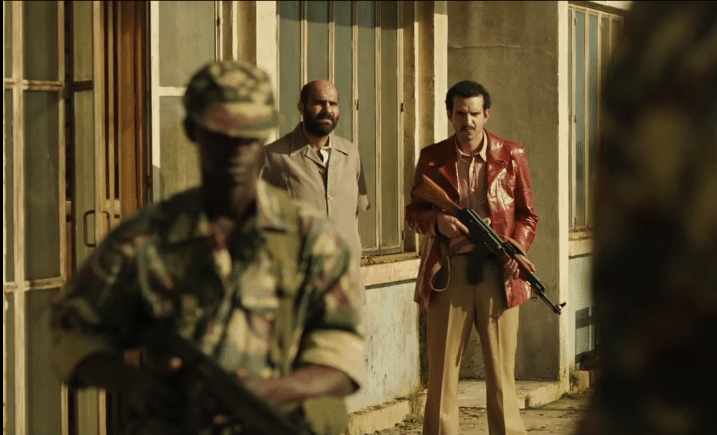 In the summer of 1976, two members of the Popular Front for the Liberation of Palestine, aided by 2 members of the West German Revolutionary Cells group, hijacked an Air France flight heading from Tel Aviv to Paris and took its 250 passengers hostages. The group then forced the plane’s mostly French crew to fly its passengers to Entebbe in Uganda, where it was met by the country’s self-proclaimed president for life, the notorious Idi Amin Dada, who then worked closely with the terror group which he had sympathies with, to broker a deal with the Israeli government. The events which followed didn’t just shock the world, but also went on to inspire 3 screen adaptations of the real life events, making José Padilha’s new adaptation Entebbe, into the fourth.

Perhaps where Brazilian director José Padilha’s film differs from its predecessors is in the filmmaker’s attempt to deliver a slightly less straight forward action movie, opting for a more nuanced narrative which is intercut with an interesting, if at times rather poorly executed, magical realist element. Staring Rosamund Pike and Daniel Brühl as Wilfried Böse and Brigitte Kuhlmann, the two German terrorists involved in the hijacking, the film centres most of its action around what happened once the plane had landed in Entebbe, and the behind the scenes Israeli operation to liberate the hostages.

Incorporating a jarringly misplaced contemporary dance routine to an otherwise compelling narrative, José Padilha injects a rather ill-judge, and at times reductive, cod-philosophy element to a story which could have instead benefited from a more realistic representation of what really went on. Whilst serving some purpose in knowing what motivates the protagonists, this device sadly fails to fully convince. At times, you will find yourself wishing the film would just stick to the task at hand, because in the moments when it’s good, Entebbe is truly magnificent. Where José Padilha gets the mood just right, is in his representation of the anguish of both hostages and their German hijackers, something which perhaps merited far more attention than the superfluous subplot which, if one is completely honest, adds almost nothing to the essence of the story.

Rosamund Pike, in a far cry from her Gone Girl role, offers a believable if a little unnerving turn as Brigitte Kuhlmann, while Daniel Brühl delivers a commendably nuanced performance as a man conflicted by a sense of misplaced justice and a feeling that he might not be fully in charge of his own decisions. Elsewhere, the brilliant Lior Ashkenazi does a remarkable job as former Israeli Prime Minister Yitzhak Rabin and Eddie Marsan is equally magnificent as Shimon Peres. Other notable performances come courtesy of Denis Ménochet as flight engineer Jacques Le Moine and Angel Bonanni as Yonatan (Yoni) Netanyahu who led Operation Entebbe to its fruition.

Overall, Entebbe presents a welcome look at a story which many younger audience members would have known very little about, however the film is slightly let down by wanting to be too many things at once. An emotionally charged, fast-paced and at times slightly misjudged production, which is very much deserving of our attention, even if it tries to be too clever by half.