Sheila Hancock plays the eponymous, Edie in this drab and slow moving film about a woman slowly moving. We see Edie in the first instance as a carer for her frail, elderly husband, George who seems to be nearly completely incapacitated. Her life as we first see it appears to be draining, lacking joy and […] 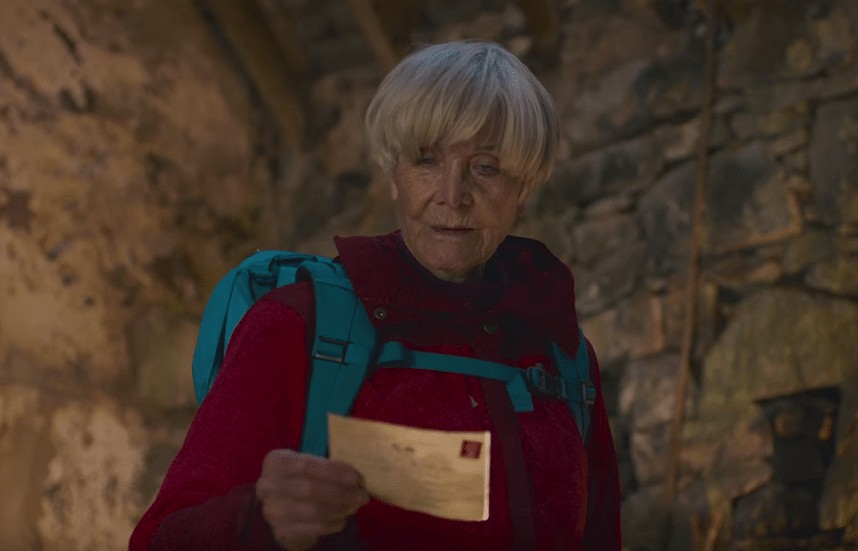 Sheila Hancock plays the eponymous, Edie in this drab and slow moving film about a woman slowly moving. We see Edie in the first instance as a carer for her frail, elderly husband, George who seems to be nearly completely incapacitated. Her life as we first see it appears to be draining, lacking joy and not filled with the traditional things a potential Grandparents’ life should be filled with such as laughter, fun and love and it is a bleak opening to the film.

Through close ups of old postcards and Edie’s face we can see that she pines for the mountainous regions of Scotland with the subtext being that she is pining for life not lived. George subsequently passes away in the opening five minutes and we are subjected to Edie’s uncaring and self-centered daughter for company, as she tries to move Edie’s life forward with the obvious and cliche trip to an old folks home included. Hancock’s performance is excellent in these scenes because she manages to show just the right amount of contempt for her surroundings and when the necessary to the ability to believably call out her daughter’s more selfish outpourings.

The film wraps its first emotional pull around the idea of ‘duty’, duty as a mother, wife, carer and it is not hard to empathise with Edie’s situation, she has clearly lived a life not wished for. The question of love does not come into it and love feels removed from the whole film, it is deemed unnecessary, too volatile an emotion, and this doesn’t help because it leads the film to feel very cold and although one can empathise with Edie’s situation it is hard to like her.

After a setup that is a little painting by numbers, Edie plucks up the courage to do what she has always wanted to and head for the wilds of Scotland. There are some second thoughts and the Hancock plays the small thrills Edie is gaining from the situation well; a half-smile here, a purposeful stride there. Arriving in Inverness we meet the other main character, Jonny played by Kevin Guthrie, as he unceremoniously knocks Edie flying as he runs along the station platform. It is clearly an accident but once again you can’t escape the feeling that the film is sticking so rigidly to a formula that any ability to care about the characters is lost.

A series of fortuitous events see Edie staying at Jonny’s flat (yep, you guessed it, it’s horrible) where we meet his friends, all of whom appear to be absolute numbskulls. Jonny and Edie’s friendship blossoms as Edie’s fling around the Highlands gathers pace (slowly) with the ultimate aim of her completing mission of climbing Mount Suilven. The film meanders along, not a lot of not happens and the direction is uninspired with the director, Simon Hunter, abundantly using fades to move time forward rather than pushing narrative in more creative ways. Hunter is also credited with the screenplay which is also uninspired and lacking energy.

Hancock puts in a fine performance and although it is believable that she is 83 year old Edie, there is always a gnawing feeling that Hancock shouldn’t be playing a frail 83 year old woman wanting to atone for a lifes bleakness. There is zip to her delivery and she clearly has presence with her dominating every scene she is in. This confirms what a shame it is that she is let down by both the screenplay and the films direction. The film in the end surmounts to not a lot more than a one off ITV drama special you’d expect to see on a Sunday night. In fact that was probably the best place for this story – a chance squandered overall.