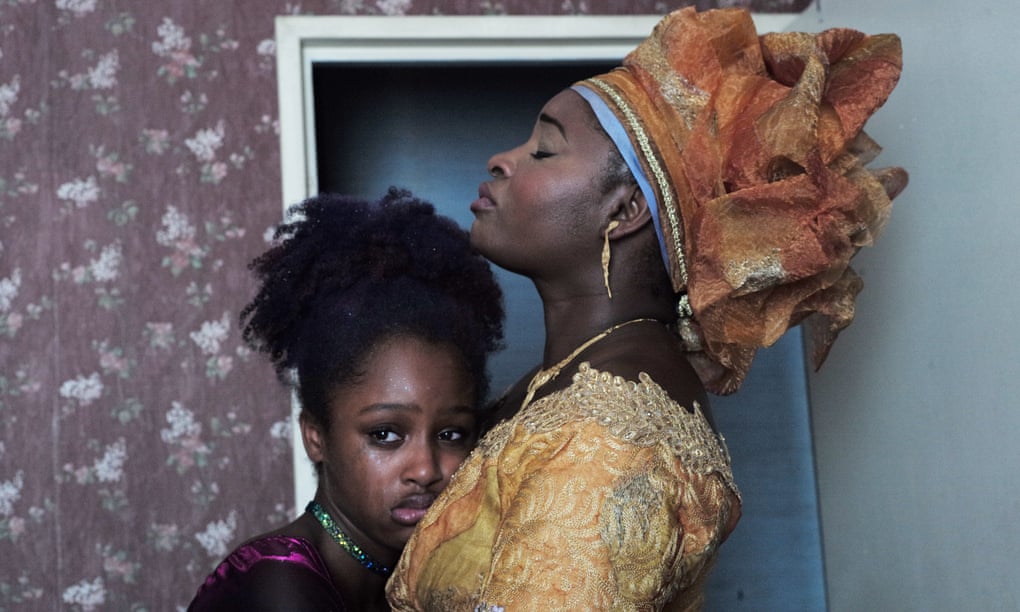 When French director Maïmouna Doucouré witnessed a junior dance competition showing young teen girls performing highly sexualised routines, she witnessed an arena in which all norms of decency had been casually eroded.

This inspired Cuties (Mignonnes), in which on a Paris housing estate, eleven year old Muslim girl Amy (Fathia Youssouf) finds herself torn between the suffocating world of her Sengalese immigrant family, and the wild fun of her high school dance group clique. There is no greater zealot than the convert, and Amy finds herself in great trouble on both sides of her life.

Released to decent reviews at Sundance, the film has taken on a whole new life of its own since its Netflix release, inspiring a moral panic far beyond anything faced by the streaming service before.

A poster showing the dance troupe at their most sexualised was a motivator for online petitions to take the film from the site while downvote brigading has given the film a rating of 2.5 out of 10 on IMDB, the underlying argument being that Cuties is legitimising peadophilia.

Back on the ground, watching the film itself gives an experience of anything but. The dance sequences are knowingly, deliberately uncomfortable viewing, leading to a final routinely that would best be described as vile.

As Doucouré saw with her own eyes, these routines are going on in the world right now, under the auspices of parents and a culture that is either complicit or wilfully ignorant. If this makes you angry, don’t shoot down a film acting as the messenger.

As to how we got here, the film makes efforts, at points over laboured, to show the impact of mobile phones and social media into forcing girls to pretend they are adults far before their time, consuming an oversexualised culture and warping impressionable minds.

The licentiousness found in music videos, confronted if only to escalate in the recent ‘WAP’, and the free-spirited nature of the self-proclaimed ‘Cuties’ (who at times act as much like a prison gang for their levels of spitefulness and vengeance) seems intoxicating for Amy, and her spiral is a slow motion car crash for the audience throughout.

It’s not a good outlet for her problems, but it’s hard not to sympathise with her such is the home life. A younger brother provides light comic relief, yet it’s nothing against the burden facing her mother Mariam (Maïmouna Gueye), whose husband and father of her children has returned to Senegal to find a second wife. Both Mariam and the Cuties are victims of a patriarchy, albeit in wildly divergent ways.

There are every so often leaps of logic in Cuties in order to reach the point being made, but overall the film serves as an effective narrative rather than a PSA. At no point do bad performances derail the work, though whether Youssouf is able to always effectively portray the complexity of emotions and situations facing her character is debatable.

In sum Cuties is an at times deeply uncomfortable viewing, but one that effectively captures second generation immigrant troubles of being without a country. If one is willing to look past the hysteria it can open eyes to worlds unseen, or worlds that we choose to ignore.