“Just because something works, doesn’t mean it cannot be improved,” we’re told early on in Ryan Coogler’s courageous new entry into the Marvel canon. Loyal fans who have stuck with the series since the first Iron Man will no doubt be relieved to hear that this exhilarating blockbuster yarn doesn’t deviate too far from the […] 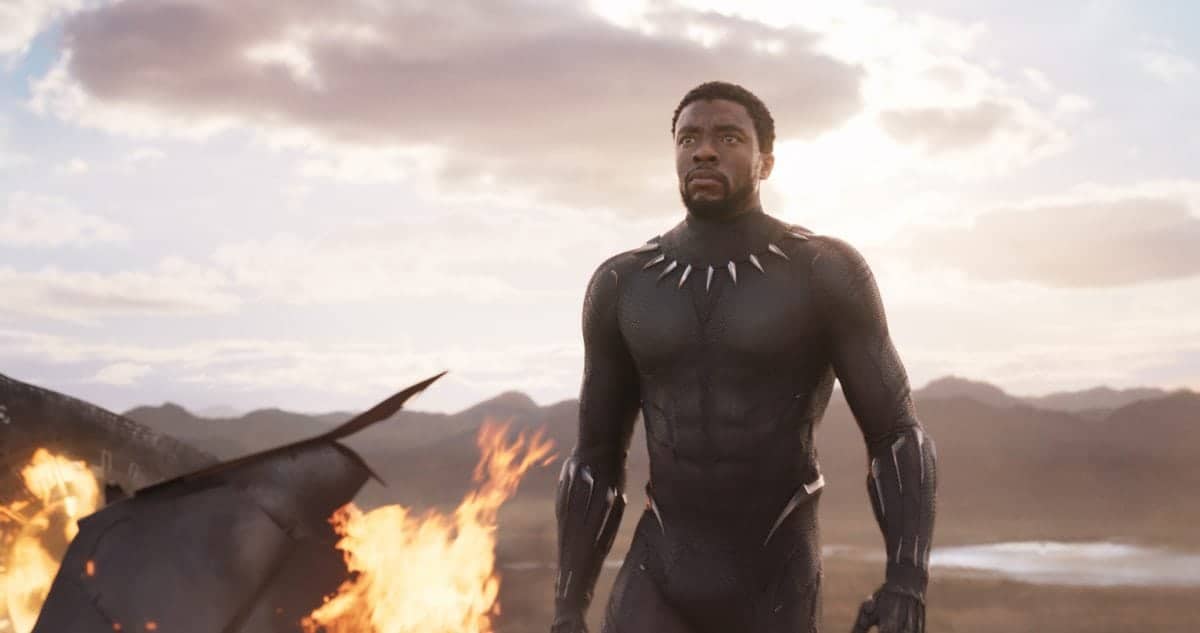 “Just because something works, doesn’t mean it cannot be improved,” we’re told early on in Ryan Coogler’s courageous new entry into the Marvel canon. Loyal fans who have stuck with the series since the first Iron Man will no doubt be relieved to hear that this exhilarating blockbuster yarn doesn’t deviate too far from the studio’s winning formula, but it is those whose voices are callously sidelined so often in such big-budget fare, and crucially given such definition here, who are likely to garner the greatest thrill from hearing the Black Panther’s roar.

Coogler’s script, co-written by Joe Robert Cole, picks up T’Challa’s story after the events of Captain America: Civil War, and finds the titular hero (Chadwick Boseman) returning to his homeland of Wakanda to begin his rule as king, following the death of his father (John Kani). However, when a powerful enemy (Michael B. Jordan) with a connection to Wakanda’s past returns, seeking to claim the throne for himself, T’Challa finds his mettle as a king – and as the Black Panther – tested to its limits.

Aside from some ropey effects shots early on, it’s a gorgeous film to gaze upon, and a profound one to experience. Soaked in the vibrant colours of the Afrofuturist aesthetic – handsomely reminiscent of John Coney’s Sun Ra starring sci-fi classic, Space Is the Place – and augmented by Ludwig Göransson’s primal score of hip hop beats – collaborated on by Kendrick Lamar – Coogler effortlessly combines the superhero spectacle we’ve come to expect from Marvel, with an evocative geopolitical critique that offers us a perspective we’ve rarely seen represented on such an immense platform – the film interrogating not only the struggles and concerns that continue to be faced within the black community today, but also the consequences in attitude that were borne out of the West’s colonial past. A thread that’s embodied most pertinently in Jordan’s ferocious performance as Killmonger; a textured antagonist disillusioned by his upbringing as an orphan in Oakland, California, and arguably Marvel’s most absorbing villain to date.

DP Rachel Morrison’s versatile grasp of the camera allows the action beats to be realised with a fluid intensity – particularly in the CG-heavy third act – that sets it apart from the more chaotic final acts we’ve witness in many of Marvel’s past entries. However, what truly brings these scenes, and indeed the entire film to life is the cast.

Boseman renders his role with a quiet command, expressively revealing the flaws & vulnerabilities of that are masked by T’Challa’s calm and strength. It’s the fierce female ensemble who kick the real butt, though: Lupita Nyong’o adding vigour as Nakia – an operative of Wakanda’s all-female special forces unit, the Dora Milaje; while Letitia Wright joyfully combines impishness with intelligence as T’Challa’s tech-savvy sister, Shuri.

Like all superhero films, Black Panther is a story of identity. But by subverting the clichés of this now well-worn genre, it gives audiences something that’s fresh, authentic, and likely to be incredibly influential not only on those who watch films, but also, hopefully, on those who make them. To quote Danai Gurira’s Okoye, the awe-inspiring leader of the Dora Milaje, “Wakanda forever”!