Most Beautiful Island wants you to understand how hard life is for Luciana (played by writer/director Ana Asensio), an immigrant living in New York. The film piles on scene after scene of Luciana not being good enough; she is late for her baby sitting job, has to suffer through the indignity of wearing a chicken […] 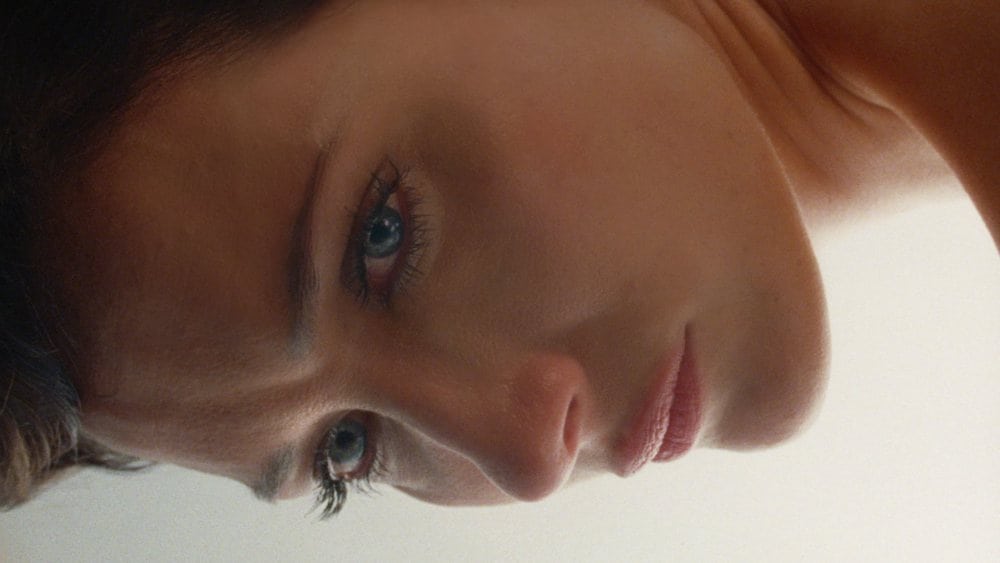 Most Beautiful Island wants you to understand how hard life is for Luciana (played by writer/director Ana Asensio), an immigrant living in New York. The film piles on scene after scene of Luciana not being good enough; she is late for her baby sitting job, has to suffer through the indignity of wearing a chicken costume when working as a mascot for a fried chicken shop, and she never has any money. These day-to-day headaches for Luciana help contextualize her as a character almost at her wits end, but the sheer number of similar scenes leave the film dramatically lacking. At one point things come to a head for Luciana, and she is left wallowing in her own despair and uttering the terrible line, “I’m sick of the possibilities”… it was at this point my resolve to enjoy the film was tested most.

Most Beautiful Island opens with a series of tracking shots following seven seemingly unconnected women. How the women come together in the film is interesting, and offers the films only real moments of tension and intrigue. For a film that is billed as a thriller this is not ideal, though the introduction of horror conventions towards the end works well, and adds a genuinely unsettling feel to the film that is missing from the previous sixty minutes.

Most films tend to be overlong rather than too short, yet despite clocking in at eighty minutes, Most Beautiful Island somehow still manages to feel overlong. This is due to the way in which Asensio has decided to tell Luciana’s story; the manner of address feels combative and stubborn. The character of Luciana won’t take no for answer, and Asensio wants to ram home to the audience how very real conditions could lead an immigrant in New York to end up in the clutches of a mysterious crowd at a mysterious party in an undisclosed basement. The fact that Luciana ends up there, however, is through willful ignorance, and although her friend and fellow chicken mascot, Olga (Natasha Romanova), does not reveal many details of the party or where she has to go, Luciana is hardly pushing for information. I understand how perilous it must be to be an immigrant in a country where at every turn it feels like the system is against you, but for the character to be so willfully ignorant is tough to believe.

Despite the protracted running time, certain scenes drag on and many feel repetitive in nature. There are a lot of instances where Luciana has to get by on the kindness of strangers because she has no money, with the shop owners and taxi drivers she essentially scams being weirdly nice about it. The children she babysits are brattish, and almost caricatures of white privilege, but as Luciana turns up late all the time their behaviour is not surprising when they demand ice cream and treats in return for being left in a vulnerable situation. These problems Luciana faces could elicit a sympathetic reaction from the audience, but the gruff and argumentative manner with which Asensio delivers them does nothing but make you want to turn away. There is no kindness in the film, and I spent much of it wishing that Luciana would at least attempt to be sympathetic to anyone’s situation other than her own; it is hard to like a character so self-involved.

The final act of the film, focusing on the party is mercifully creepy. The basement setting acting more like a dungeon, with an ambiance so unsettling that I almost found myself worrying for Luciana’s safety. With limited dialogue and no real exposition, our imagination goes into overdrive. I expected the film to descend violently into something visceral and shocking, but it’s cleverer than that, and for the first time appears inventive. The ending is over-the-top, but you wish for Asensio to push the boat out even further and inflict a degree of chaos to proceedings – the final scene, for all the tension it creates, feels like it is driving with the handbrake on. Most Beautiful Island takes an age to get going but when it does, Asensio is shown to be an exciting filmmaker; hopefully her next film fully fleshes out her talent.

Most Beautiful Island is released on Dec. 1st