By Miranda Schiller @mirandadadada  The title is misleading. There is no exit for Ling, a lonely, middle-aged woman whom this film follows around her incredibly depressing day-to-day life. Since she rarely speaks to anyone, there is hardly any dialogue, and scenes of her trying to fix the peeling wallpaper of her flat with sello-tape, going […] 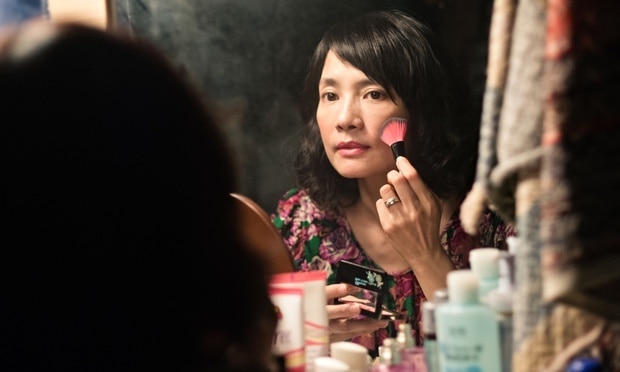 The title is misleading. There is no exit for Ling, a lonely, middle-aged woman whom this film follows around her incredibly depressing day-to-day life. Since she rarely speaks to anyone, there is hardly any dialogue, and scenes of her trying to fix the peeling wallpaper of her flat with sello-tape, going to the toilet or staring into space are drawn out exactly as long as they take in real life, on a particularly listless day. Exit is a film you need to be in the mood for. If you are ready to immerse yourself in the purposeful tedium, it is a subtle and melancholic portrayal of loneliness in the modern urban world.

Ling is a garment worker in Taiwan. Her husband works in Shanghai and never answers his phone, her teenage daughter spends most of her time out with friends and the rest of her time asleep. After losing her job, the only reason to go out is to visit her mother-in-law in hospital. There are a few hints at a possible exit. She starts carefully washing one of the other patients in the hospital room with a damp cloth. He is unconscious and his constant groans lessen with her touch. Then there is her former colleague who encourages her to join her at a tango parlour or selling clothes on a market. But all Ling does is watch other people’s lives, while never being brave enough to step into them.

Director Chienn Hsiang acknowledges that what looks like a real depression is not cured by putting on a nice dress and some lipstick – although Ling tries to do exactly that, and these usually peripheral acts of getting ready to go out gain a mesmerizing quality. Chen Shiang-chyi, who plays the discontented Ling, transports the sense of resignated hopelessness with her whole body, constantly tense, always ready to run back and hide in her yellowing flat. She knows that even if she might find places to go to, once there she would not know what to do with herself, and therefore there is no point.

All this is transmitted without words, the little dialogue there is does not touch on her inside world, feelings or thoughts. Chen’s mostly mute performance concentrates the mix of boredom, despair, fear and disappointment in her insecure gestures, her downcast eyes and her impulsive flight reactions to anything that could actually help her get out of her inner prison. Accompanied by a tango theme, her tense and stiff movements seem just as inept as she probably feels.

The protracted and distanced camera shots perfectly capture the loneliness of both the outside world with its public transport, nondescript restaurants and hospital corridors, and her own flat with a jammed door that nobody ever knocks on. But the camera is unnecessary shaky and the coldness and distance is sometimes taken a bit too far, with out-of-focus shots and random objects blocking the view making the intended effect of estrangement a little too obvious.

Exit is a film that demands patience. Patience with the protagonist, who is not doing much to help herself, and general patience due to the extremely slow pace of the film. In return, it rewards with painful realism and refreshingly un-romanticised melancholy.

Exit is in cinemas from Friday April 24th. 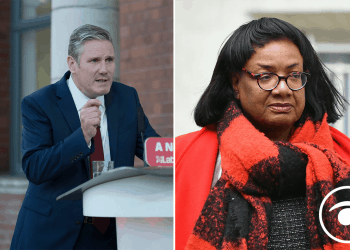