By Anna Power, Film Editor @TLE_film Christopher Nolan fans will delight at the loopy, lustrous, pyrotechnic vision that is Interstellar but will the narrative hold up by comparison? Set in the near future, in a period of post climate-change meltdown and pre-apocalyptic collapse, we find the inhabitants of Earth (those lucky enough to still be […] 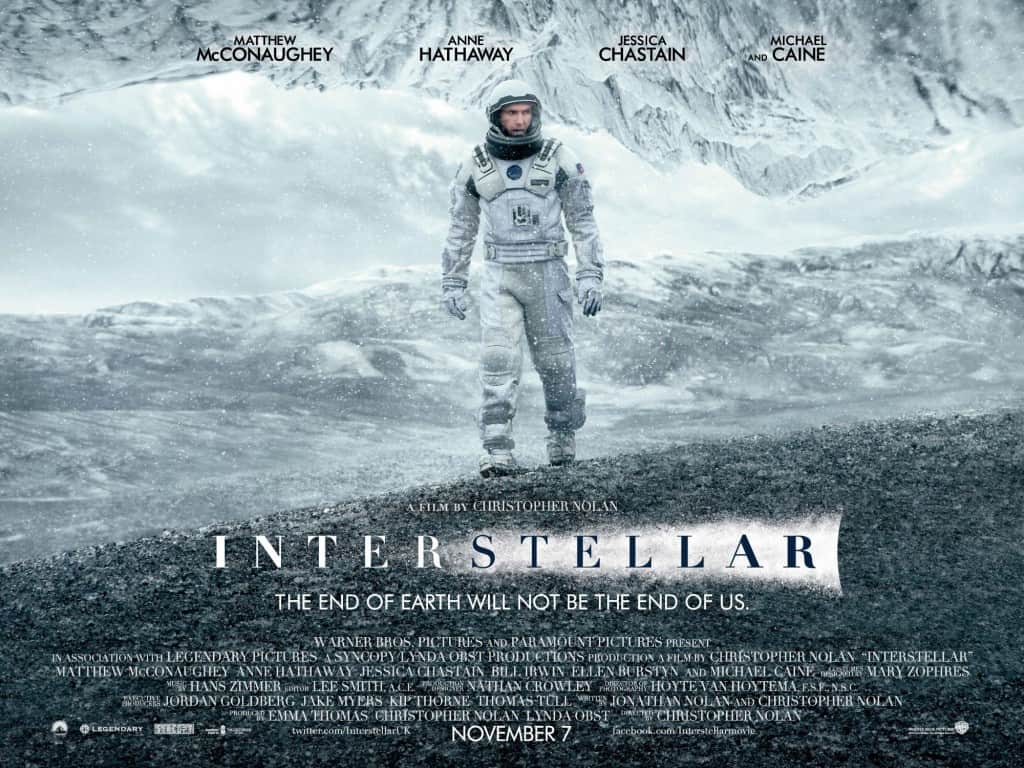 Christopher Nolan fans will delight at the loopy, lustrous, pyrotechnic vision that is Interstellar but will the narrative hold up by comparison?

Set in the near future, in a period of post climate-change meltdown and pre-apocalyptic collapse, we find the inhabitants of Earth (those lucky enough to still be alive), surviving, all hands turned to farming in an attempt to cultivate soil that is well on its way to desertification. Dust storms are a daily occurrence and people are sickening with various respiratory conditions; the powers that be, having little idea how to plan for the inevitable. Earth’s a goner and the human race is running out of time. Hope comes in the form of Cooper (Matthew McConaughey) who with the help of his daughter Murph, is able to follow a series of supernatural signs that lead him to his destiny, which as you might be able to imagine, has not a lot to do with growing corn and a lot to do with space, finding a new inhabitable planet and saving the human race.

This is where the mind-bending, time-twisting super-fun space stuff begins with mysteriously appearing wormholes and cue-ball-like sphere-shaped black holes all of which help to stretch the imagination to its furthest recesses by making you think about time, relativity and multi-dimensions. Then your head starts to hurt- but in a good way.

The science part can be a bit dense but Nolan manages to drip feed it to us gently through the dulcet tones of Dr Brand (Michael Caine) and daughter played by Anne Hathaway, without losing pace and tension or indeed blinding us with it. I was less concerned with its scientific accuracy and more content to let it take me where I needed to go which was to suspend my disbelief and propel me into the action, which largely it managed to do.

Interstellar also boasts one of the finest robots in the history of science fiction cinema in the creation of TARS: a trippy, multi-limbed, lolloping monolith with a wicked sense of humour.

Interstellar is a visually mesmerising helter-skelter ride which on many levels is an awe inspiring marvel, but for me, it is let down by a limping third act which feels forced and flounders to keep the vision of the first couple of hours, leaving more than a few wormholes in the story.
Interstellar is out on VOD and DVD from March 30th.