RelatedPosts Film Review: Tenet Film Review: Koko-Di Koko-Da Why you must know the achievements of Black Panther star Chadwick Boseman Actor reveals film the Queen loves & you couldn’t have guessed it Review by Leslie Byron Pitt/@Afrofilmviewer Burr Steers’ (Igby Goes Down) Pride and Prejudice and Zombies, much like a particular brand of wood varnish, […] 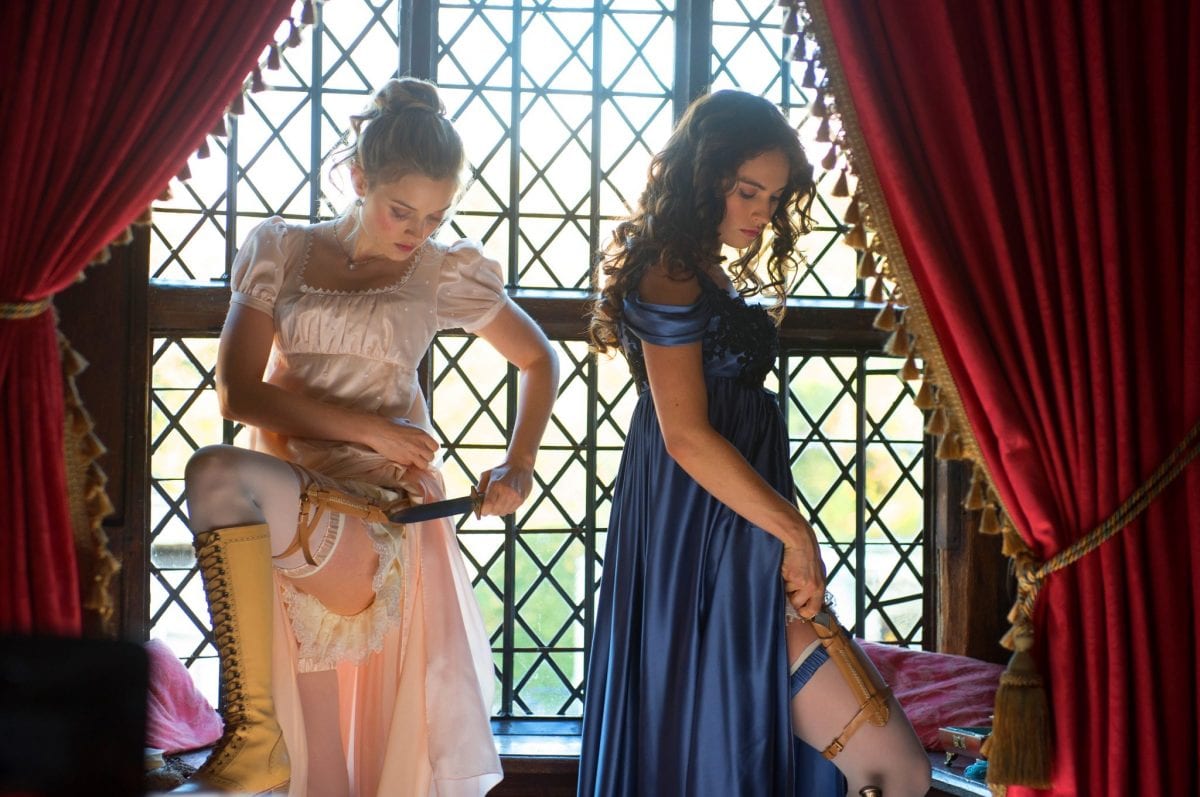 Burr Steers’ (Igby Goes Down) Pride and Prejudice and Zombies, much like a particular brand of wood varnish, delivers exactly what is said on the tin. This film is based on Jane Austen’s seminal novel and features the undead. A drab way to start this review. Then again, this film, despite its unique take on a 19th-century critique on status, romance and manners, doesn’t really extract as much humour and horror as it could.

Much of this stems from the fact that Streers’ film neatly hits most of the narrative beats of Pride and Prejudice and throws the zombies in almost arbitrarily. A film doesn’t need to subjugate its audience with a multitude of subplots, yet the wish to place so much focus on the Pride and Prejudice elements of the source material sometimes hampers the fact that the film has a strangely compelling backstory sneaking around it.

PP&Z informs us of an alternative Victorian era in which an emergence of the zombie plague has created seemingly uninhabited areas surrounding London named The In-Between. This is introduced to us at the beginning of the movie, and has a small amount of function at the film’s climax, but it never invites the viewer into the universe as one would expect. The film hints at xenophobia (a gag about the French causing the outbreak falls flat early on), while the nature of the source’s comedy of manners and class lends itself the chance to toy with the socio-political aspects of the have and have nots. At one point it almost looked like the film may have wanted to play into such a facet. Not so. Instead, the film enjoys drawing reactions from the deadpan expressions of its actors as they use specialised flies to indicate whose living and who’s dead. A nice touch during the film’s epilogue which only services a pretty bog standard sequence later on. Far from this writer to tell its makers what to create, but PP&Z clearly has the potential to let some slyer wit in.

The performances are competent, while visually the film has a solid amount of scale and gloss. The fight choreography is also enjoyable with one key fight scene involving Liz (Lily James) and Darcy (Sam Riley) managing to be cathartic and hilarious, cutting through the English stuffiness that the rest of the film only sometimes scrapes through.

However, the film is more concentrated on giving a pretty bland retelling of Austen’s novel. Yes, there are moments where the five Bennet sisters get to kick zombie backside and hide dangerous weapons in their undergarments (stop giggling in the back). However, such scenes feel few and far between. This is often a rather dry telling of Mr. Darcy and Liz Bennet with the undead thrown in as an afterthought. The Austen parts have been played out in much better renditions and the horror elements feel rather uneven. None of it is meant to be truly horrifying, yet none of it ever becomes that thrilling either. The rather toothless tale of corsets and corpses sometimes aims for high camp but never quite reaches the mark.