Review by Leslie Byron Pitt/@Afrofilmviewer Money Monster comes in at a lean 90 minutes and only flounders once or twice. Partly because it’s a film with a fair amount of moving parts. But also because it pulls a few of its punches. It becomes clear that director Jodie Foster doesn’t want to leave the audience […] 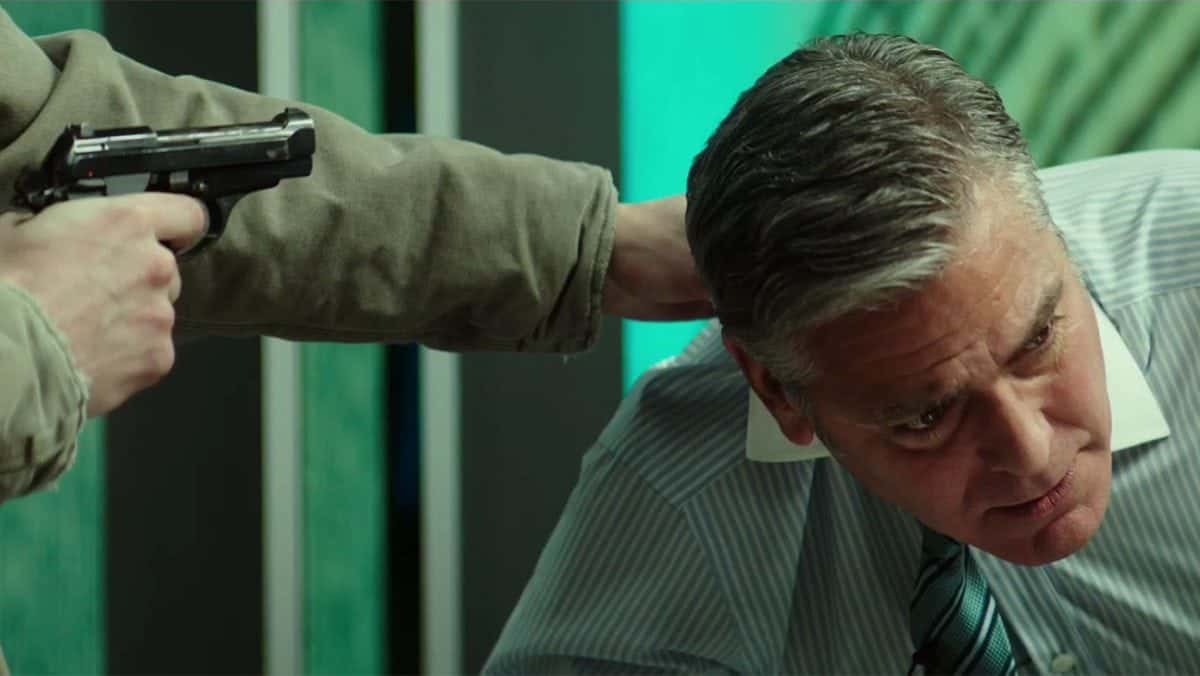 Money Monster comes in at a lean 90 minutes and only flounders once or twice. Partly because it’s a film with a fair amount of moving parts. But also because it pulls a few of its punches. It becomes clear that director Jodie Foster doesn’t want to leave the audience too disheartened. The film steers away at any true cynicism about its subjects. It wishes to entertain and does so with a sufficient amount of polish. One could see it as a slightly unconventional date movie. You and the other half pop it in for some Netflix and chill, remark on its relevancy, then forget about it. The film actually makes similar points on how we look at how damaging capitalism can be. However, the film fights against the urge of getting you angry enough to care. Like one character in the movie, you’ll probably just want to get back to foosball.

There’s many elements within Money Monster that should make a stronger claim at saying otherwise. A shame because Foster does a decent job at trying to get George Clooney to drop the charm. Something that only the Coen brothers seem to be able to pull off with little ill effect. Here as Financial TV Host Lee Gates (think Jim Cramer on Mad Money), Clooney begins as a superficial, Danny Ocean-lite asshole, whose life the placed in danger when an unhinged investor (Jack O’ Connell) breaks into his studio and holds him hostage on live TV. His soon to be leaving producer (although deemed director in the film) Patty (an accordingly on point Julia Roberts) is also on hand as they try to work together and discover how they have become entangled into such an explosive situation.

There’s not too much to say about Money Monster. It’s the kind of flash, adult thriller that writers claim isn’t being made, when really they’re just being seen less. In her fourth film behind the camera, Foster displays a work which holds a desire to be relevant. Riffing on cultural anxieties which have plagued us in the last decade, the most revealing aspect is seeing a desperate man in O’Connell’s Kyle Budwell, blindly following Gates’ financial advice, despite the presenter only viewing himself as just a man on television. A terrifyingly plausible detail in the age of so-called post factual politics, a television star who is an expert in everything unless they go wrong. Sound familiar?

It’s just not enough though. Foster’s film wants us to get angry at computer glitches that lose us money, corporations who may have something to hide, and our general apathy to how these elements correlate to cause real human pain. However, the film undercuts a lot of this because first and foremost Money Monster needs to be a gimmicky thriller. The storytelling is clear and the set pieces are concise, but it’s clear that we’re not getting Network here. Although I’m sure that’s not what Money Monster was aiming for, but there’s a feeling there could have been more to proceedings.

What we do get is a competent time waster which tumbles towards a frustratingly weak climax. That said, the conclusion allows us to forget Jack O’Connell’s wavering American accent. His spirited performance is a decent analogy of the film itself: valiant yet flawed.

Money Monster is out on DVD 3rd October