By Linda Marric  @Linda_Marric Fresh from a very public falling out with the producers of his last project, Dying Of The Light, which he says was taken away from him, Veteran filmmaker Paul Schrader’s is back with an astonishingly bonkers new production which will confuse even some of his most fervent fans. Dog Eat Dog […] 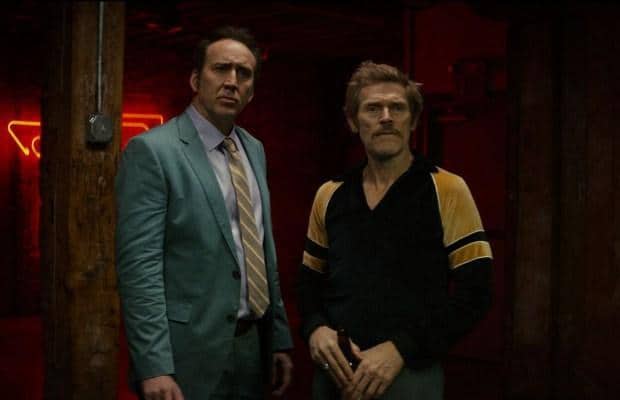 Fresh from a very public falling out with the producers of his last project, Dying Of The Light, which he says was taken away from him, Veteran filmmaker Paul Schrader’s is back with an astonishingly bonkers new production which will confuse even some of his most fervent fans. Dog Eat Dog is an ugly nihilist piece showcasing all that is wrong with the world and featuring a group of unpleasant characters with little or no redeeming qualities. Using uncompromisingly gratuitous violence to tell a story which didn’t necessarily need telling, Schrader invites us into a murky world where violence is aplenty and innocent lives are collateral damage.

Adapted from Edward Bunker’s 1995 novel of the same name, Dog Eat Dog stars Willem Dafoe as Mad Dog, an erratic drug addict with low self-esteem and an appetite for violence and murder. It also includes a brilliant “scenery chewing” performance by Nicholas Cage as Troy, a petty criminal with a romantic nostalgia for old hardboiled crime capers. Troy, who fancies himself as a modern day Humphrey Bogart, is as bewilderingly inept as Mad Dog. Joined by hapless ex-con Diesel (Christopher Matthew Cook), the trio embark on a crime spree, which soon sees them biting off more than they can chew; they are hired to kidnap a baby by a local mobster. Things don’t go as planned when Mad Dog gets trigger happy and ends up shooting and killing someone he shouldn’t have.

The film is at its best when it portrays how out of touch with the millennium its protagonists are. Having spent a total of 15 years behind bars, they seem unwilling to cooperate with a world in which Taylor Swift is suddenly a thing. The dialogue is nothing we haven’t seen before, but it is however one of the film’s best attributes.

Schrader’s use of technical trickery and his constant want for the film to be a visual anomaly, as well as the decision to go with widescreen, hinder rather than help the narrative along. It is however, refreshing to see that even in his 70s Schrader is still hungry for shock value and innovation. The film may not be groundbreaking in its content, but I’d be at a miss if I didn’t mention an astonishing performance by Cage who by the end of the film has made a full transformation into his hero Bogart. All in all, an enjoyable film only slightly let down by a messy screenplay.

Dog Eat Dog is out in Cinemas and on Digital from Friday November 18th.