By Stephen Mayne There are few subjects the world of art likes more than itself. Film is no exception, the history of cinema littered with hymns to the noble endeavour and exposés of a tragic, fame obsessed industry. Steering clear of both extremes, Clouds of Sils Maria plays out as a thoughtful backstage melodrama that […] 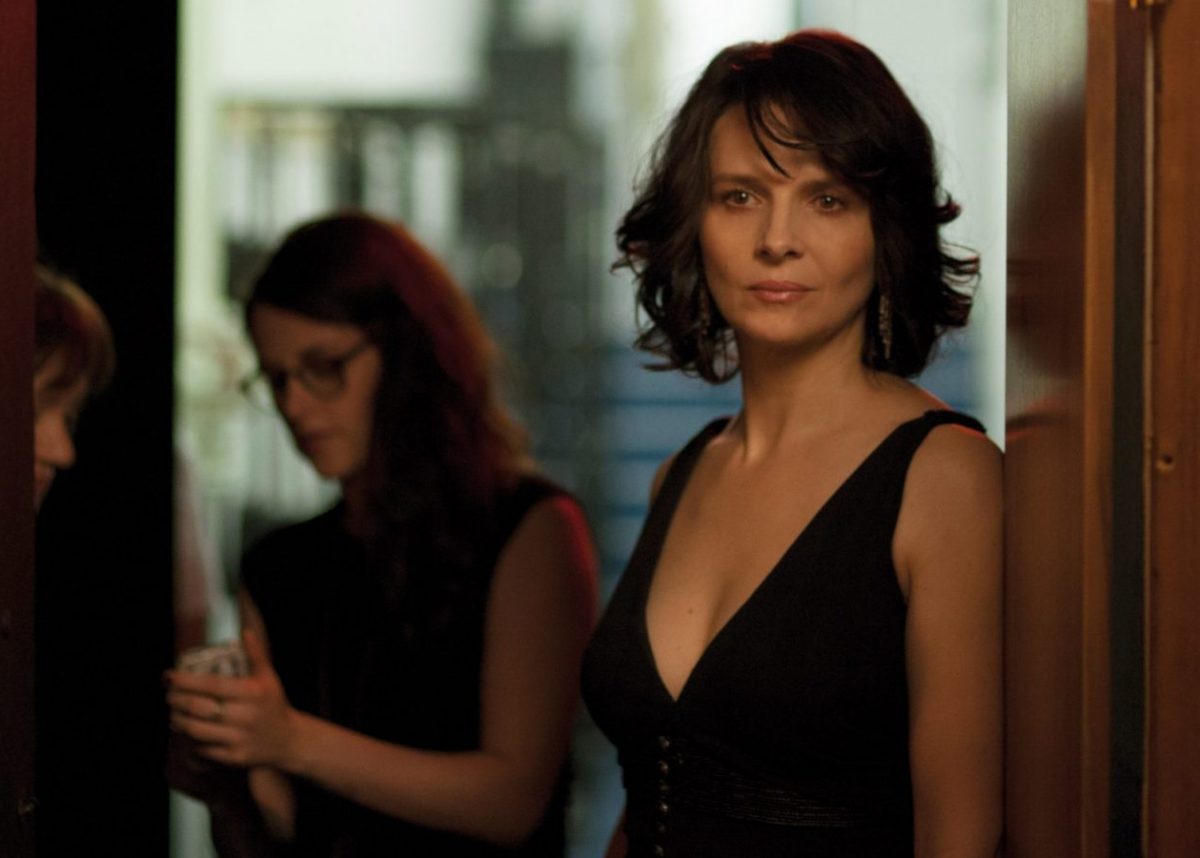 There are few subjects the world of art likes more than itself. Film is no exception, the history of cinema littered with hymns to the noble endeavour and exposés of a tragic, fame obsessed industry. Steering clear of both extremes, Clouds of Sils Maria plays out as a thoughtful backstage melodrama that trumpets the craft while taking sly digs at the commercialisation of the form and the vanity of the players.

It helps that Director Olivier Assayas has Juliette Binoche and Kristen Stewart to call on, two actors from opposite ends of the medium who feel so natural together. Binoche, effectively playing herself, is aging actress Maria Enders. Now an international star, she owes her start to a play 20 years earlier in which she took the lead role in both stage and film adaptations. Travelling to an awards show for the now elderly playwright in his Swiss mountain village, the event turns into a wake when he dies shortly beforehand.

Forced to examine her career and the ever encroaching years, Maria reluctantly signs up to play an older character in a new adaptation of the play with her original role going to Hollywood’s latest bright young thing Jo-Ann Ellis (Chloë Grace Moretz). Cue much soul searching as she struggles to come to terms with the new competition and her fading years

Binoche approaches navel gazing with just the right amount of spark, but it’s the casting of Stewart as her personal assistant Valentine that completes the film. The two form a strikingly genuine relationship that hovers somewhere between love, jealousy and friendship. Maria relies completely on Valentine and fights to keep her on the payroll when she threatens to quit, yet the two are also in competition. Maria’s older ideas about her craft and her increasingly fragile concerns about age clash with Valentine’s hip no nonsense style. Even watching Jo-Ann’s God-awful sci-fi blockbuster, a film that doesn’t seem a million miles away from the role Julia Roberts’ character promoted in Notting Hill, the two disagree. Tensions reach boiling point as they rehearse for her upcoming play.

All the while we’re watching them, Assayas, working from his own screenplay, is operating across a number of levels. If Binoche is herself, a celebrated international star who has kept clear of Hollywood after making it big as a fresh-faced young actress, Stewart appears to be observing a version of her own career. After hitting the big time with the Twilight series, she’s worked steadily in the past couple of years to prove her worth as an actress. Jo-Ann seems to be on a similar path, moving from trashy blockbusters and high profile adultery into the world of self-proclaimed serious art.

The purity of art seems to be very much on the mind. While Assayas indulges his playful side regularly, he also has Maria and Valentine hike up to try and witness the Maloja Snake, a natural phenomenon causes by the clouds of the title funnelling through the Swiss mountains. Out in nature, free from the artifice of their professional lives, they can’t mask their fears and frustrations. The events up in the mountain pass lead to a melancholy third act as Maria faces up to her fading years and a world she only half understands.

Clouds of Sils Maria is intelligent and penetrating meta-filmmaking that has a great deal to say about acting, and a fair degree of success in saying it. Binoche and Stewart form the heart of the drama; the former demonstrating her talents yet again, the latter proving there is far more to her than teen romance. So important are they to the film, it regresses when the two are pulled apart in the final third. The story starts to drift free in a cloud of half-answered questions. Assayas’ work ultimately feels incomplete, but it’s fascinating all the same.

Clouds of Sils Maria is out in cinemas from Friday May 15th.