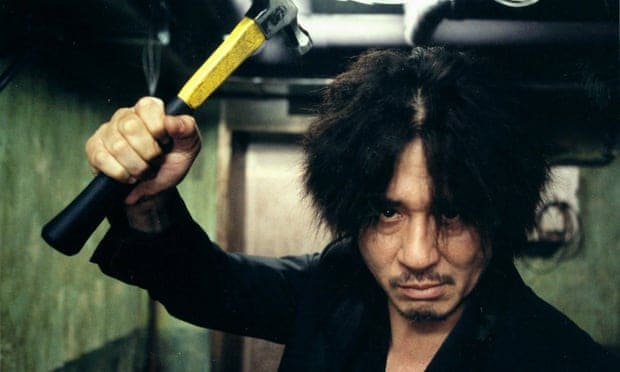 Bong Joon-Ho’s enigmatic thriller Parasite made history with its Best Picture Oscar win. It was a cultural breakthrough, a moment that sent social media into a meltdown, and affirmation that South Korea cinema is one of the world’s best.

The filmmakers of South Korea have been putting out great work for years. Bong’s contemporaries, which include Chan-Wook Pak and Kim-Jee Woon, have produced a variety of genre-hopping and socially conscious movies. With their masterful direction and exciting narratives, it’s fair to say these filmmakers are masters of boundary-pushing cinema, using freedom of expression to open up discussions and debate. Parasite then, could be considered an entry point to South Korean cinema for many audiences. After its huge success, here are five movies to watch next.

A classic tale of rage and revenge, Old Boy has been debated and written about extensively over the past decade, and for good reason. Based on the Japanese comic of the same name, it’s a dark story of a man who is imprisoned in a hotel room for 15 years without knowing his captor’s motive – and the film takes viewers on a wild journey, full of mystery, red-herrings and plot twists. Park Chan-Wook wrote and directed Old Boy, which marked the second instalment of The Vengeance Trilogy. Incredibly successful upon release, Old Boy has been voted as one of the best films of the 2000s by several outlets and publications.

Train to Busan is an intense, rollercoaster ride of emotions that asks one simple question: what would happen if a zombie apocalypse broke out on a train? Directed by Yeon San-ho, Train to Busan adds a new flavour to a crowded genre and it has a stellar ensemble cast. Following a diverse group of passengers, the story is ultimately about survival in a cramped space, and the film’s set-pieces aboard the train are inventive and unpredictable, providing a thrilling experience that never feels contrived. With its high-octane action, layered character work and social commentary, Train to Busan is a kinetic, breath-taking action film.

Blending black comedy, mystery, horror and a sense of constant danger, The Wailing commands attention. Written and directed by Na Hong-jin, The Wailing follows a police detective who investigates a series of unusual deaths and illnesses in a remote fishing village. An intricate storyline that takes viewers in several different directions, it’s an epic film with tension that builds up slowly for nearly two hours, and the final revelation is a shocker.

Based on the French graphic novel Le Transperceneige by Jacques Lob, Snowpiercer is another film that takes place on the train, and it’s one of Bon Joon Ho’s greatest hits before Parasite. The film envisions a post-apocalyptic world where the last of humanity are packed together on a super train, circling the globe, after a climate disaster that has frozen the entire planet. The story focuses on the friction between the upper and lower-class passengers, which leads to a violent uprising. Starring Chris Evans and Tilda Swinton, Snowpiercer has some of the most exhilarating action sequences – and it’s smart too, providing the intellectual substance of an art film. It’s an ambitious, ballsy piece of cinema, and with a budget of $42m, it ranks as the most expensive Korean film of all time.

Directed by Lee Chang-Dong, Burning is a quiet, slow-paced mystery that immerses the viewer in a tangled web of male rage and obsession. It’s the story of Jongsu (Yoo Ah-in), an aspiring writer who gets caught up in a murky love triangle involving Hae-Mi (Jeon Jong-seo), a girl he knows from childhood, and the wealthy, well-travelled Ben (Steven Yeun). It’s a brilliantly crafted thriller, exploring the lives of three distinct characters, and with engaging performances from the leads, Burning lures viewers into a false sense of security before subverting expectations. It’s a film that requires patience, but offers a lot to think about, even long after the end credits.