Reviewed by Miranda Schiller @mirandadadada Spike Lee’s latest, the hip-hop musical Chi-Raq, re-interprets the ancient Greek play Lysistrata by Aristophanes: Lystistrata is a beautiful woman who helps end a war by convincing every woman in town to go on a sex-strike until the men stop battling and sign a peace contract. Spike Lee transfers the […] 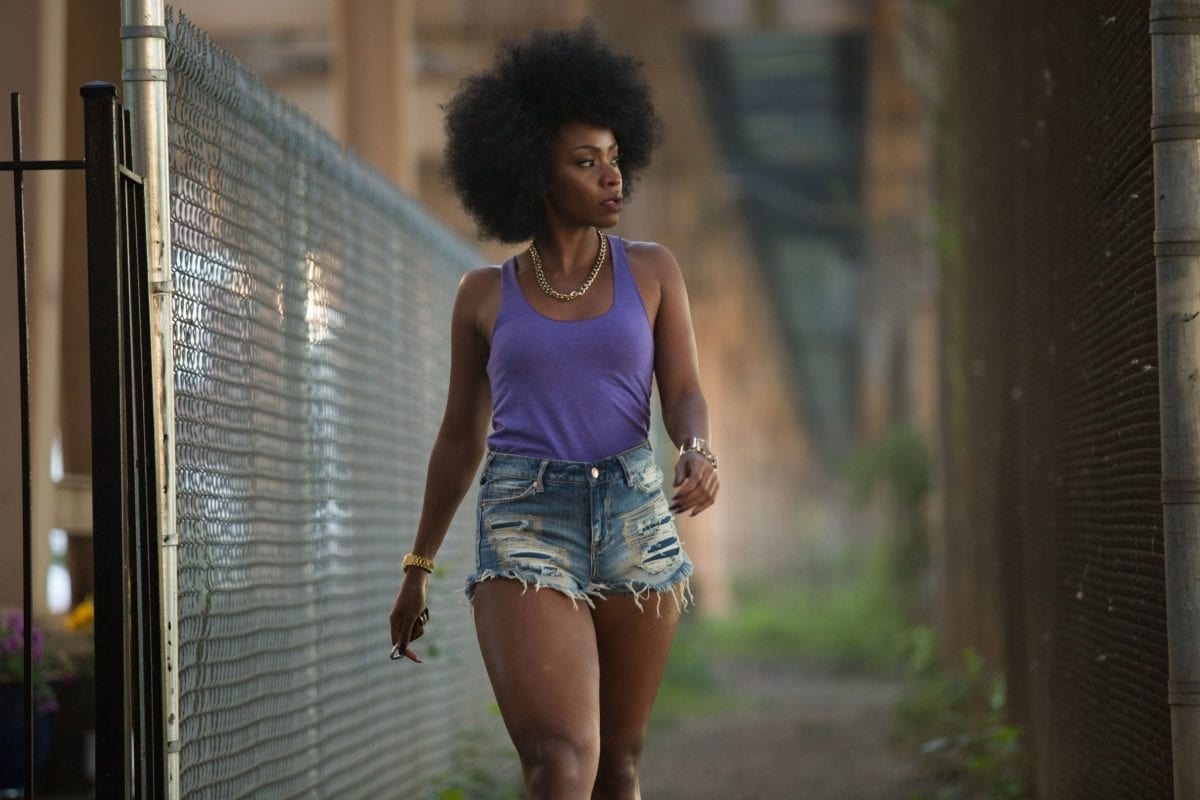 Spike Lee’s latest, the hip-hop musical Chi-Raq, re-interprets the ancient Greek play Lysistrata by Aristophanes: Lystistrata is a beautiful woman who helps end a war by convincing every woman in town to go on a sex-strike until the men stop battling and sign a peace contract. Spike Lee transfers the story from Ancient Greece to modern-day Chicago, called Chi-Raq because more Americans have been murdered there than have died in the Iraq war in the same period of time.

Just like in the Greek original, most of the dialogue is in rhyme. The battling factions are gangs, aptly named Trojans and Spartans. But rhymes aren’t their only means of battle. Chi-Raq tackles gun violence, black-on-black crime, and eloquently accuses systemic racism and exploitation while celebrating black music and art.

The music video aesthetic, and the music itself, make it a captivating, superbly choreographed and powerful work of art and politics. The cast, especially Teyonah Parris as Lysistrata, give splendid and highly energetic performances.

But the slapsticky fun and the visual and musical force of Chi-Raq can’t hide the main weaknesses of the film. The most reflected statements, linking systemic racism and the power of the arms lobby to Chicago’s violence problem, are voiced by one of the few white cast members: John Cusack as local priest Corridan. While his performance is great and charismatic, the apparent need for a white man to explain their situation to the black women is perplexing.

And then there is the big issue of female empowerment. Sure, the sex strike is in Aristophanes’ play. And yes, there have been numerous sex strikes in history, notably the one referenced in the film, orchestrated by Liberian peace activist Leymah Gbowee. And yet… Something feels not quite right, when the only power a woman has is her sex, her vagina her only weapon. When women are the ones who apparently care more about dead children than men do. And are responsible for making men see the error of their ways and stop fighting. By denying them the pleasure of sex. One paradox Chi-Raq does address, with great comedic ease, is that the women are also denying themselves the pleasure of sex, thereby thankfully not ignoring female desire.

Despite its flaws, Chi-Raq’s dominant message is one of empowerment, and it achieves to address a very serious issue with comedy and choreography, without losing any of its seriousness and sincerity. Right through to its fantastically unrealistic happy end, which might leave you with a sour aftertaste, considering the bitter reality.