Wyndham Hacket Pain @WyndhamHP Set during the Japanese occupation of South Korea in the 1920s, Lee Jung-Chool (Song Kang-Ho) is a former member of the Korean independence movement, who has betrayed his former loyalties and become a member of the Japanese police force. An order for him to take down the resistance group he was […] 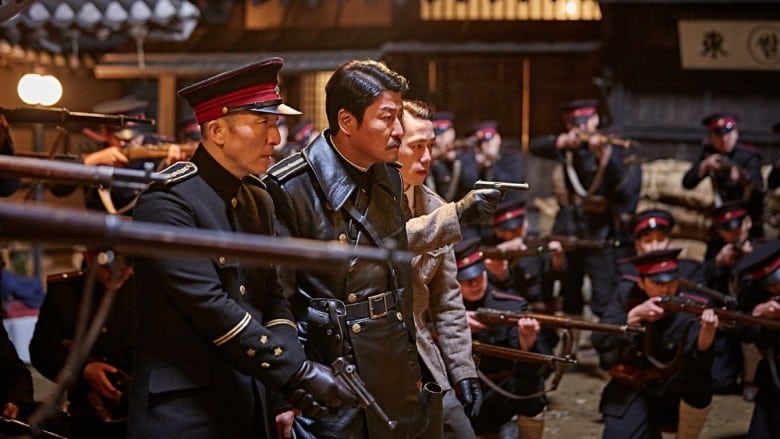 Set during the Japanese occupation of South Korea in the 1920s, Lee Jung-Chool (Song Kang-Ho) is a former member of the Korean independence movement, who has betrayed his former loyalties and become a member of the Japanese police force. An order for him to take down the resistance group he was once affiliated with brings him into contact with Kim Woo-Jin (Gong Yoo), an art dealer who he attempts to befriend in the hope that it will bring him into contact with their leader.

The Age of Shadows reminded me of Wong Kar-wai’s The Grandmaster, which similarly looked at a country in transition and flux. As someone who knows next to nothing about Korean history it is hard to know how much the plot relates to real life events, but given the tone and style of the film I’d be very surprised if it was too concerned with historical accuracy. This doesn’t stop the story proposing some interesting ideas in relation to the search for independence. What is shown is a country fighting against itself, but instead of seeing the rebellions as futile or counterproductive they are portrayed as a necessary, if not vital, step towards a liberated Korean state.

Director Kim Jee-woon has an intriguing filmography that encompasses a number of contrasting genres. Horror films like Three and A Tale of Two Sisters are accompanied by the gangster flick A Bittersweet Life and the Western The Good, the Bad, the Weird. The Last Stand is perhaps the most perplexing film that Jee-woon has directed, not just because it was a Hollywood blockbuster and is his only English language production, but also due to the presence of Arnold Schwarzenegger and Johnny Knoxville in the lead roles.

The Age of Shadows in many ways brings together many of these previous styles, as it contains the plot points of a crime drama, the visceral violence of a horror film, and the high production values of a blockbuster. With his latest effort there is a sense that Jee-woon has learnt from his previous films and is now in complete control of his craft, mixing suspense, violence, and glossy cinematography with ease.

There is a lot going on in The Age of Shadows and the many twists and turns can make it difficult for tension to build as just as it starts to intensify the film has moved onto the next plot point. After a frantic start things do settle down and it does become easier to be immersed as the tale unravels. As a viewer though, I always felt like I was playing catch up, rather than engaging with events as they unfold. At its heart The Age of Shadows is actually quite a simple story, not too dissimilar from the average James Bond film, but at times feels unnecessarily complicated.

In the end The Age of Shadows is interesting and entertaining, even with a narrative that feels congested despite its almost two and a half hour run time. Filled with double agents and mystery, Kim Jee-woon’s has produced a work full of suspense and visual flourishes.

The Age of Shadows is in cinemas from Friday 24th March