By Ellery Nick @Ellery_Nick With the eyebrow-raising presence of Caitlyn Jenner in our mainstream news, it would seem a timely moment to hear the story of a transgender parent wrestling with her identity. But, away from the snapping of courageous photos and din of mass trolling, it is a work of fiction, 52 Tuesdays, that […]

With the eyebrow-raising presence of Caitlyn Jenner in our mainstream news, it would seem a timely moment to hear the story of a transgender parent wrestling with her identity. But, away from the snapping of courageous photos and din of mass trolling, it is a work of fiction, 52 Tuesdays, that provides a refreshing and understated look at what that might actually mean.

Winning a Sundance award for her directing, Sophie Hyde’s debut follows sixteen-year-old Billie, played by Tilda Cobham-Hervey, as she comes to terms with her mum’s decision to call herself James. Despite their close relationship, James, played by Del Herbert-Jane, asks Billie to move in with her father so she can pop into a chrysalis for a year and reemerge looking more like the person she feels herself to be. Realising that this is a bit of an ask, James suggests that they meet without fail every Tuesday, Billie however has been making some new friends and starts secretly syphoning off some of that time for an unconventional awakening of her own.

And so mother and daughter begin to record their transitions. Both are concerned with sexual identification, but while mum takes regular profile shots of her torso hoping to catch any tell-tale signs of testosterone at work, daughter is off recording the confessions and canoodling capers of herself and friends. Or at least that’s the idea. The ease with which sex-chums Josh and Jasmine inhabit their skins is what provokes Billie’s curiosity, but while they are happy to contribute, she fails to join into the spirit of the thing and struggles to explain why.

The screenplay written by Matthew Cormack is careful not to overreact with its own circumstances. Billie almost instantly takes on board her mother’s decision and simply moves on, seemingly unfazed by all the tectonic rumbling emanating from the lives of those around her. No big questions are asked. Instead Billie remains amused and only vaguely curious about superficial details. Accustomed as we are to seeing actors deliver melodramatic haymakers on film this could have felt underwhelming, but it was actually a welcome surprise to follow some folks as they simply got on with their lives and resisted immediately slugging it out à la Dawson’s Creek. That’s not to say feelings of confusion and frustration aren’t represented, but 52 Tuesdays takes a less conventional route through its dilemmas allowing Billie, and the audience, to discover her confusion later on in the story rather than partaking in any early knuckle biting, or moments of sadness staring out to sea. Restraint, it seems, is a feature of Cormack’s script. Parts that at first seem woefully naive or neglected turn out to be planted there deliberately. Billie’s father Tom, Beau Travis Williams, barely shares a moment with his daughter despite their living together. In a film charting the voyage of an unconventional family this would seem to be a glaring omission, but ends up neatly describing the daughter’s naivety and self-preoccupation.

Partly perhaps because of the way in which it was filmed—the cast were given instalments of the script a week before each shoot—52 Tuesdays feels like a long process and certainly conveys a passage of time. This may well have contributed to a fluctuating quality in the performances, but there is a lot of excellently observed writing and while the scenes are sketchy, almost rehearsal-like in places, the script’s resistance to communicating all ideas in triplicate made for a lighter experience and occasionally left me wrong-footed in a pleasing way. Pleasing too are the cast who engender a lot of good feeling on behalf of their film, but chemistry is at once its strongest and least convincing asset. Their interactions can feel wonderfully nimble and idiosyncratic, almost like watching real life, but at other times the fundamental assumption that all these people are related to one another, seems too farfetched to be plausible.

Sex negotiations aside, there are other themes at work. While the film seems to be set before the dawn of social media, the idea of searching for answers inside a technological mirror is repeated throughout and also touches on the dangers and falsity of any truths that might be found. The mother’s choice is also of interest. There’s an idea that when one becomes a parent, your time is up. Life as you knew it is over, long live the child! But where 52 Tuesdays’ is most daring is in its discussion of whether a good loving parent can claim priority for his or her development at the expense of the child’s. Alan Karenina this is not, but with the excellently observed writing and judiciously handled direction, Cormack and Hyde have dished up something measured and a little original.

There is a special screening of 52 Tuesdays, including a post-film Q & A this Sunday at The Gate Cinema this Sunday, book here. The film is on general release from August 3rd. 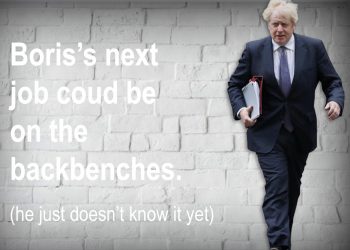