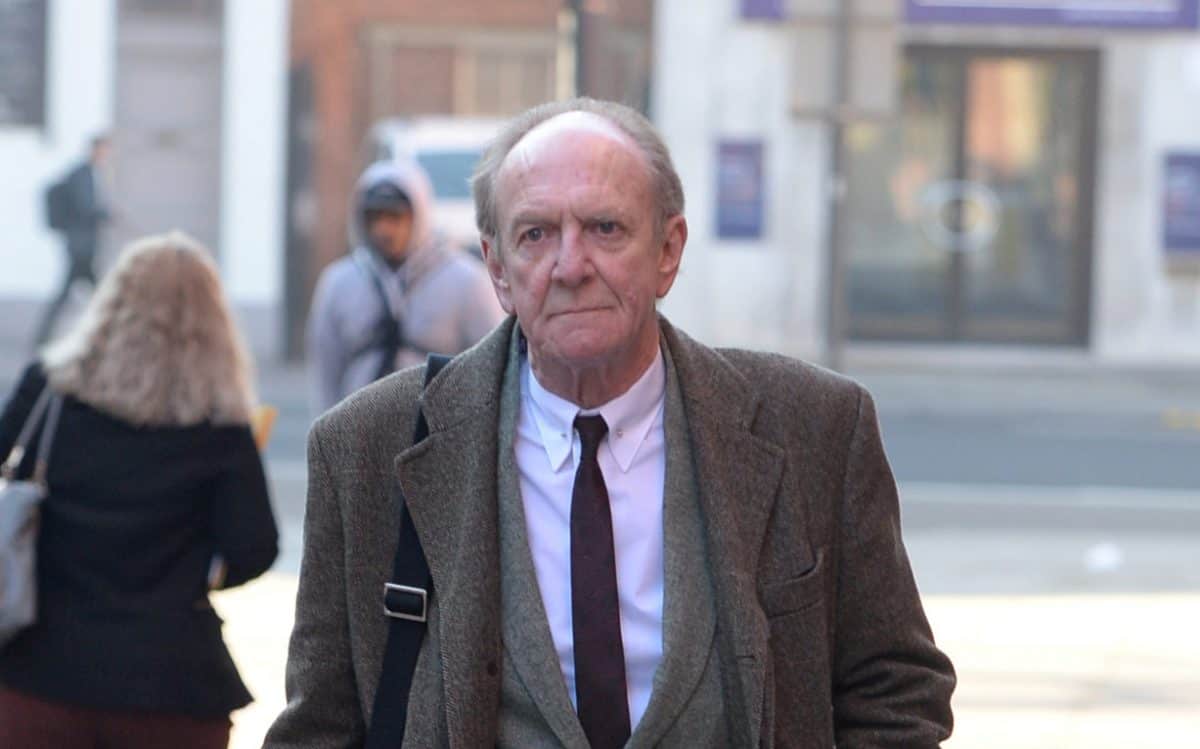 A former Coronation Street director who sent explicit messages and engaged in phone sex with an undercover cop posing as a 13-year-old girl has been spared jail.

Timothy Dowd, 66, asked who he believed to be a teen girl on an internet chat site “have you ever been with an older man?”, a court heard.

Although Dowd walked free from court, he was slammed by Judge Rodney Jameson QC who said: “It is unfortunate even at the age of 66 you are tormented by your own sexual desires.”

Dowd had set up a profile under the name OllieReed in online site, Lycos Chat and made contact with a user called Chantelle13Cymru on Friday, January 12 last year.

The user was actually a police officer, only referred to as Alex, who was undercover in an online capacity as part of an investigation into child sex offenders.

Dowd had been a member on the chatroom for three years and ten months when he contacted the profile which had been set up by the police officer.

He asked for her mobile number before sending a series of explicit messages before trying to get the ‘girl’ to send him photos of her breasts and engaged in phone sex with her.

Dowd, from Harrogate, North Yorks., lost his job in January last year after being employed by ITV as a freelance TV director for more than 30 years, a jury was told.

A court heard he had directed 200 episodes of Emmerdale, Coronation Street, Heartbeat, as well as Runaway Bay and the Famous Five.

Dressed in a full suit, he showed no emotion as Judge Jameson QC today (March 21) handed him a community order at Leeds Crown Court.

He said: “The consequences of this conviction have been severe for you.

“You have lost essentially your employment and in reality any likelihood in being employed further in the high profile work you were engaged in as a television director.”

Dowd first made contact and sent the ‘girl’ a message which asked if she was 13 or 16, a court heard.

The officer said she was 13 to which he responded, ‘that’s not a problem’, a jury heard.

Following a short exchange, Dowd – who had lied about his own age – asked for her mobile phone number because he was “concerned the chatroom could be monitored” and further messages were sent on Whatsapp, a court heard.

Dowd became suspicious after asking the ‘girl’ for a picture to which she responded that her phone didn’t have a camera and her friend would take a photo.

He was arrested at his home address on January 19 last year and police seized a black iPhone, a jury was told.

Opening the case during the trial, prosecutor Rupert Doswell said: “On January 12 a female undercover police officer whose true identity will remain anonymous was deployed in an online capacity as part of an operation into identifying child sex offenders.

“All users are required to upload a profile. The profile created by Alex was initially for a girl who purported to be 16-years-old. At no time was the officer asked to verify her age.

“In her profile, she had her username as Chantelle13Cymru. So, the officer was posing as a 13-year-old girl.

“It was, therefore, the defendant that made first contact and sent on online message asking her whether she was 13 or 16.

“The officer responded she was 13. He responded saying it was not a problem and he was just interested. He remarked that he thought she was young to be on the site.

“The defendant asked her if she had Whatsapp. The defendant said he would text her. No further contact took place through the online chatroom.”

Dowd then sent several messages via Whatsapp to the officer which were sexual from the outset including asking her to send him a picture of her breasts, a court heard.

A phone call took place on January 12 and after the conversation, Dowd commented that he thought the ‘girl’ had a “sexy voice”, a court heard.

The intimate messages continued until January 15 when Dowd became suspicious that he might be involved in an undercover sting, a court heard.

In mitigation, Max Saffman told the court Dowd had suffered a loss of employment and disruption to his life due to the offences.

He said his wife had left him and one of his children had “ostracised” him.

Dowd had been without income since January 2018 after the offences came to light and had admitted since his conviction his behaviour was “sad and pathetic”.

Sentencing Dowd, Judge Jameson QC said: “It is unfortunate even at the age of 66 you are tormented by your own sexual desires.

“You have inflicted punishment upon yourself.”

The judge said there was “no logical reason” why Dowd would have believed the respondent to be “anything other than a 13-year-old child”.

Dowd, who had no previous convictions, was told he must complete a two year community order and 30 rehabilitation days.

He must also sign the sexual offenders register, pay £1500 towards the prosecution costs for the case and will be subject to a sexual harm prevention order for five years.