By Grant Bailey (@GrantDBailey) The Berghain has a bipolar reputation. For those able to breach the walls of this notorious techno club, which is positioned on the border of East and West Berlin, a homecoming, a religious experience, an unforgettable night of sex, drugs and industrial noise awaits. For the salty revellers turned away at […] 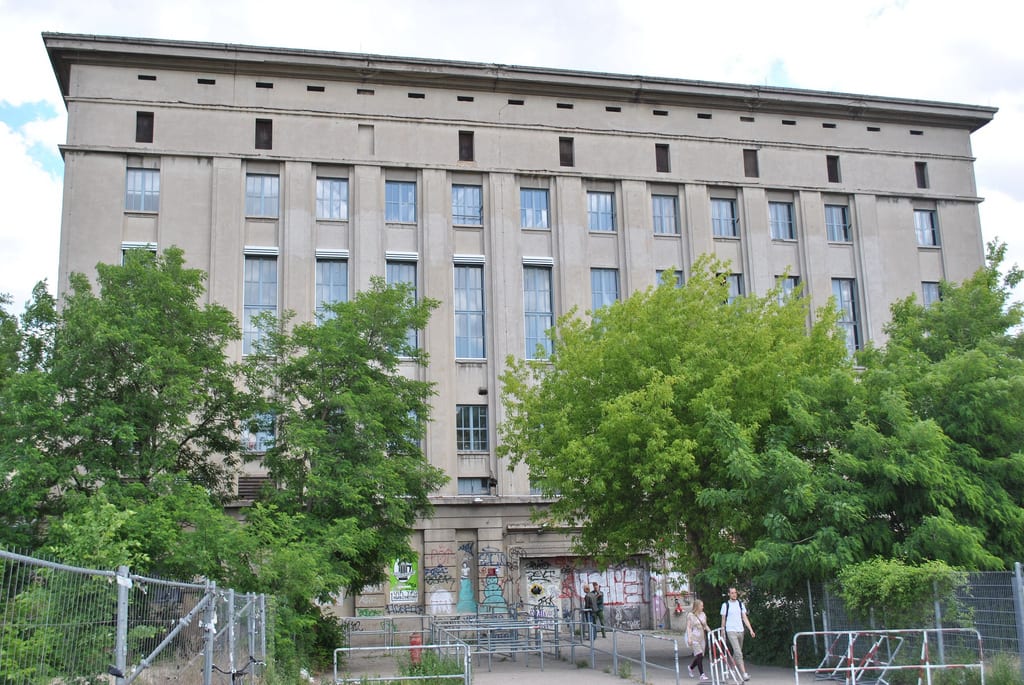 The Berghain has a bipolar reputation. For those able to breach the walls of this notorious techno club, which is positioned on the border of East and West Berlin, a homecoming, a religious experience, an unforgettable night of sex, drugs and industrial noise awaits. For the salty revellers turned away at the door there’s only negative Trip Advisor reviews for consolation, with cries of unreasonable policies, unfriendly staff and an unsightly twinge of national supremacy in their strict and mysterious rules of admittance.

Inside, the Berghain is divided into two main dancefloors, serving hardcore techno to the main and house and dance to the secondary. The décor is bare and industrial. The concrete from the warehouse’s original construction is exposed, the high ceilings lending the space an imposing presence. The exterior meanwhile is impressively bleak. The walk from the bright main streets of Kreuzberg into the barren industrial lot where the Berghain squats is an exercise in escapism in itself.

A visit to the club had turned into the focal point of our trip to Berlin. From mispronounced murmurs months before to the disheartening Google searches on the night, the Berghain occupied the dominant parts of our holiday consciousness, mostly the parts that wanted to get fucked up and see something new, preferably weird. We plotted ways to deceive the door policy and fake our techno credentials. We planned our outfits – all black – and entertained the idea of learning some key German phrases to make our act more authentic.

When the big day finally came we were still four tourists listening to Kanye West sing about bleached assholes that couldn’t name a single techno song or speak a word of German. Time to test our mettle.

It’s 11.30pm on a Friday night and the queue outside the Berghain looks reasonable. Phase One is to divide into two groups. I’m stationed in Group Alpha, the first wave, between two large groups speaking French in hushed voices. The line is eerily quiet. If your mum had let you stretch your ears and cut your own hair this is probably what the line for your SATs would have looked like. There’s a three way split in the clientele between the die-hards, the genuinely cool and the no-hopes. I ponder our position in this hierarchy over a Satsuma which I peel, silently, in a single piece.

The line doesn’t move for twenty minutes. The group in front look serious. Occasionally the door flutters open to allow Berghain regulars to enter and we are afforded a fleeting glimpse of Sven Marquardt, head of security and the man who will decide the course of our night – formative life experience in a concrete cathedral of techno, or cheap beer, gurns and flirts in the 80s bar next door. Sven has stated in previous interviews that there are no set rules for entry into the Berghain. He instructs his staff on the ethos of the club and the atmosphere they are trying to create, but otherwise it is left up to the judgement of that night’s bouncer as to who makes it in and who doesn’t. The type of crowds seen inside will therefore wax and wane depending on the personality on the door.

A group of English tourists burble beside the gated queue, Berghain hope withdrawn and onward to another club. The door opens and the queue surges forward. The process of sorting the duds is painfully efficient. Ahead of us a rejected man with a crew-cut and glasses presses his hands together in prayer to the bouncer, the smiling gatekeeper, who has turned him away. We shuffle forward beneath the mounted lights. The Satsuma skin is hastily discarded. A missed call and messages from Group Beta further back in the line – ‘Did you get in? Should we stick it out?’

The French group ahead of us step up. The doorman is friendly, all broad shoulders and beard. We don’t hear the axe fall but the group are ushered away in a few seconds, quick and dignified. With no one in front to block the light the bright metal pen we wait in feels intense, two sides metal grating, one side nervous tourists, the other a bouncer, the halo-lit door, and the night. “Hello,” he says, correctly copping us for the pair of English chancers we are. We ignored our German phrasebooks and this is our punishment. We nod back.  I hope he’s taken notice of my attire. Maybe he’s a fan of my deodorant. Something will swing this. Reality is heightened. My rational brain is telling me none of this is important, that if I was really honest I don’t even bloody like techno, but validation is the priority now.

An arm swings out to gesture us away, delivering us into the darkness of the industrial estate. We make our way back down the queue to find our splinter group, buoyed with weird relief. Rejection. We fucked it up, but of course we did.

The Berghain gains its appeal from its exclusivity, its enigma and its zero tolerance policy for bullshit. We were unprepared, unsuited and, most likely, a liability to ourselves and the club. The fact is a 30-hour party streak would have left us near-catatonic or hospitalised, and bobbing around to Roman Lindau and Oracy in a state of loss and bewilderment would have been crushingly awkward for all involved.

Know your stuff, treat their system with respect and don’t look like you’re out on the lash and you might still get turned away, but it will surely sway the scales in your favour. Or if you’re not fussed, walk ten minutes around the corner and have a solid filthy night at Suicide Circus instead.