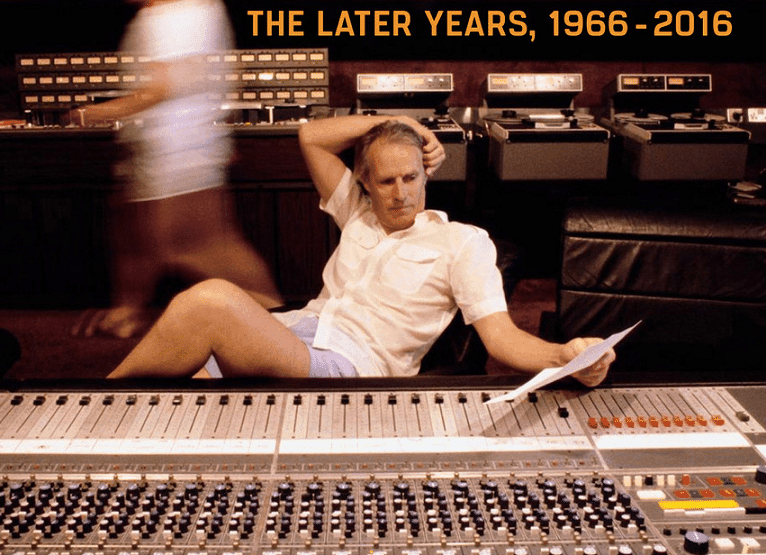 Writing anything at all about The Beatles is rather like writing anything at all about God or Marxism – the subject is so vast, with so many entry points leading to a land filled with hedge rowed mazes each begging exploration, that if one isn’t intimidated by the prospect one has no business writing about it at all. Strictly speaking, the second and final volume of Kenneth Womack’s masterwork of a biography on the life and career of the music producer George Martin is not about The Beatles, except of course it is. A biography of Lenin becomes a book about Marx, just as a book about God can easily quote Lennon.

Now, is all that just a splashy lede written just to get you to this second paragraph of a book review? Oh no, my friend, not at all, which if you were around at the time you would know. Looking back at it, those seven years or so from 1962 and Love Me Do through to 1970 and Across the Universe were the only years in history when anyone – musician, actor, author, artist – could ever have achieved such utter international cultural domination. No one ever did it before, because they didn’t have the means; no one will again because culturally we are as scattered as lost tribes.

In those seven years, the global links were founded, but not too many of them. The Telstar satellite was launched, allowing for international television (All You Need is Love announcing its presence by a live global broadcast, excluding of course the nations trapped behind the Iron Curtain) but in Britain and the US there were just three broadcast networks, and each country had one Popular Music chart, one Top 40, no splintering into AOR, Pop, Rock, Hip Hop, etc etc etc. You could quite easily define who number one was at any given moment.

Still, it wasn’t just that The Beatles were top of the charts, it was how omnipresent they were. There have been huge-selling artists before and since, yet not even Sinatra, Elvis, Fleetwood Mac or Michael Jackson changed attitudes about, well, everything. From the acceptability of long hair and Cuban heeled boots, drugs and mockumentaries, even just the notion of taking the piss out of posh interviewers in the sort of eye-to-eye, ‘the working class is just as good as you mate’ style that cracked the British class system, The Beatles raised the possibility of self-expression and individuality as an acceptable form of behaviour. How they were able to do all this comes back to George Martin.

I suggest to you that the only way of suggesting or validating that your peripheral values (clothes, hair, attitudes) are worth following is if your main value is absolutely spot on brilliant. That was The Beatles’ ace in the hole. Alone amongst those recording artists I mentioned above, The Beatles – as a group mind – never made a lousy album. Even The White Album, perhaps the least holistic of their output and one where Womack carefully and track-by-track debriefs as to how Martin was metaphorically a ‘doctor on call’ rather than active surgeon, would be the high-water mater mark for pretty much anyone else.

Couples with continued excellence, The Beatles kept getting better at it. From Please Please Me (aka Meet The Beatles in the US) through Sgt Pepper, the songs, their lyrics, their themes and the instrumentation become more complex, different, more – oh let’s just say it – more beautiful than what had come before. As individuals, the three principal songwriters (Sound Pictures notes as all books on Beatles do, the frustrations George Harrison had in getting a word in edgewise, playing Salieri not just to Mozart but to two Mozarts) had their interests expand into art, psychedelia and mysticism which begat new musical ideas which begat the need for someone to somehow get what was in their minds onto latex.

There’s a lovely scene quite late in Sound Pictures where George Martin drops in at The Dakota in New York in the late 1970s to chat with John Lennon. Lennon could be a cruel, spiteful man and he had said cruel, spiteful things about Martin (and pretty much everyone else in The Beatles’ orbit) around the time of the band’s break-up. John had calmed down since and the two men chatted amiably until Lennon said, out of the blue, that if given the chance he would re-record everything they had ever done. Slightly aghast, Martin asked him, ‘Even Strawberry Fields Forever’? To which Lennon replied, ‘Especially that one’. Lennon hated the sound of his own voice, thus all the double-tracking and recording at different speeds one hears on the later albums, but he loved what he heard in his mind. Because the band lacked the technical knowledge to get brain to record; and because Martin was not a mentalist, in a sense the relationship was like … oh here’s a metaphor for you. Imagine if you will an Englishman and a Russian both washed up on an island as shipwreck survivors. Neither speaks the other’s language but in attempting to communicate they wind up inventing the French as spoken and written by Moliere.

How this new language of music came to be recorded is the greatest strength of Womack’s book. Who comes off as a bit of an unsung hero is the recording engineer Geoff Emerick who – and I mean this quite literally – didn’t mind one bit plugging microphones into speaker outputs, gimmicking machines together, or tossing bits of four-track tape into the air then sticking them back together just to see if that might work.

The other artists Martin worked with – Cilla Black, John McLaughlin and America being the most notable – do not get quite the same moment-by-moment treatment as The Beatles, but that is fair enough. They all worked happily within boundaries whereas one band from Liverpool did not.

And in the end, I leave you with two last thoughts on this completely enjoyable book. The first is that Sound Pictures is, I don’t know, the twentieth or thirtieth book on John, Paul, George and Ringo I’ve read over the years and I truly thought I knew every story, anecdote, joke or insult there was to have told them about them. Wrong. There was something new on at least 300 of this book’s 500 pages.

The very last thought though is one of comfort. It has nagged at some people, many people frankly, that The Beatles never recorded together as a four-piece band after 1970. Indeed, it is a bit of a dagger to the heart when Womack mentions – in an ‘oh by the way’ sort of aside – that by 1980 they had decided to get back together in a studio and in concert because after a decade apart they all liked one another again. However, I suggest to you that Abbey Road was the perfect coda and would have been accepted as such if it had been that ‘a decade later’ album. Harrison’s best two songs, by quite a margin (Something, and Here Comes the Sun), Ringo’s best vocal on Octopus’s Garden, Paul and John with the only two true Blues tracks in the Beatle canon, and then the magnificent soundscape of Side Two ending precisely with the message their entire career had been about: The love you take is equal to the love you make. (and Her Majesty’s a pretty nice girl, because they had fun doing it)