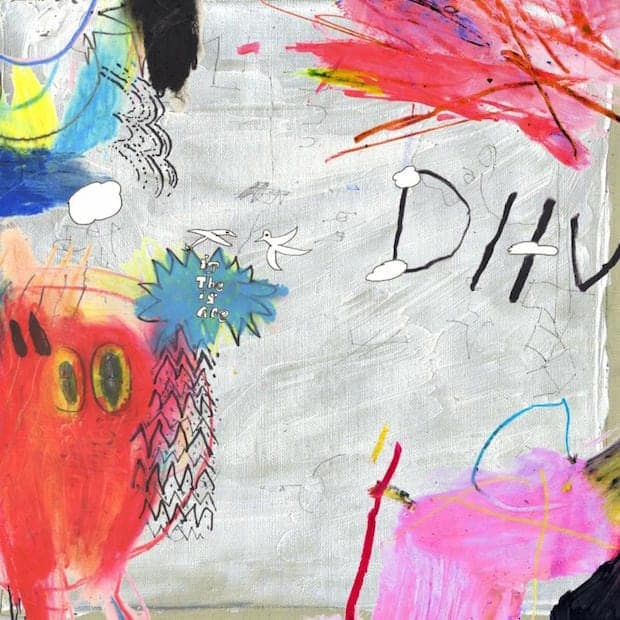 Zachary Cole Smith and his troops return with the follow up to DIIV’s 2012 debut Oshin, still riding the wave of critical acclaim that release garnered. Are they able to better such a promising start? Probably not. But equal its clout? I think so.

Is The Is Are is very similar to their debut in their distinctive collision of garage rock and surf pop. Lead single ‘Under the Sun’’s opening bass line oozes creativity and the refraining guitar picking follows the vocals in a summery haze. The expectation for this album must have weighed heavy on the band’s shoulders, but its delivery is fresh and adventurous.

Amplifiers screech and synths drone across the spectrum, becoming particularly prominent on ‘Bent (Roi’s Song)’, a track with several layers guitar effects. The collaboration with girlfriend Sky Ferreira on ‘Blue Boredom’ is boisterous, with her darker vocal (“they make a game / that spells your name”) casting a shadow over the lighter tones surrounding it. ‘Take Your Time’ is a rumbling highlight, while the one-two of ‘Incarnate Devil’ and the title track is cause for a hypnotic space-out.

‘Dust’ is loaded with subtext (a reference to Zachary’s drug problems and subsequent 2013 arrest, perhaps?) and has a dreamy sound, washed in overdriven effects that don’t hold back. The whole record delves into deep emotions and very personal experiences from Smith directly. It feels like one long account that starts where Oshin left off. ‘Waste of Breath’ closes things nicely in its slow-paced fashion which gently brings you back down to earth and after fifty-five minutes in the clouds.