By Jack Peat, TLE Editor The irony of physics is that for many years it lacked what you might call a physical application. Most physicists were concerned with the trivial pursuit of understanding the fabric of the universe rather than applying their skills to something more practical, and thus their art was largely the preserve […] 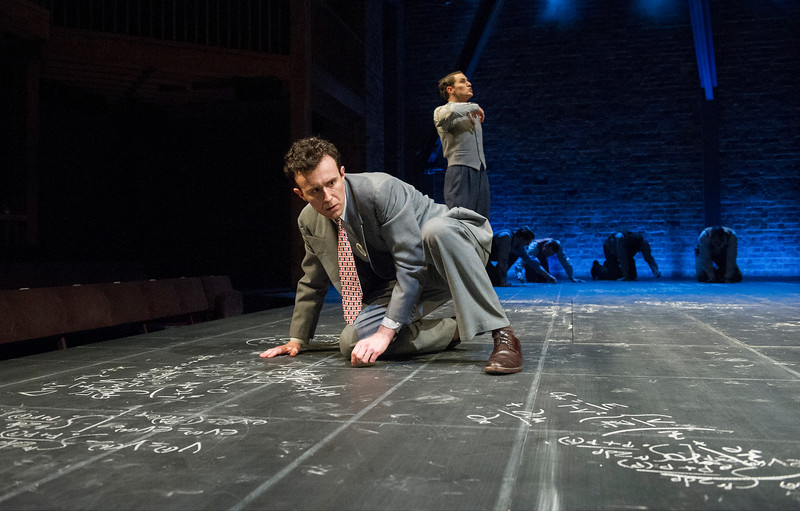 The irony of physics is that for many years it lacked what you might call a physical application. Most physicists were concerned with the trivial pursuit of understanding the fabric of the universe rather than applying their skills to something more practical, and thus their art was largely the preserve of laboratories and lecture halls.

World War II changed all that.

As fascist and socialist ideals mixed to create a melting pot of animosity in Europe, chemists discovered the process of atomic fission that laid the founding ideas for a weapon that would draw power from the very building blocks of the universe.

War breaks out and up steps J. Robert Oppenheimer to spearhead the largest scientific undertaking of all human history; to build a weapon that will end this war and all wars. Along with Hans Bethe, Edward Teller, Enrico Fermi, Richard Feynman and several other outstanding scientists The Manhattan Project was launched in Los Alamos to fight in the Battle of the Laboratories, racing against Heisenberg, Hahn, Gerlach and the Uranium Club for nuclear supremacy.

But how well suited are scientists to the war effort, and how would political and moral considerations disrupt the team of academic soldiers who are unable to place responsibility for their actions in the uniform? These are the questions at the heart of Tom Morton-Smith’s new play which takes us into the heart of the Manhattan Project to reveal the personal cost of making history.

Set on a three-dimensional chalkboard the theatre takes on the role of a lecture hall to begin with, Oppenheimer delivering a wealth of inspirational knowledge bites for which he became renowned. When word of atomic fission travelled to California the question was not if, but when the discovery would be used in the war effort. Oppenheimer was ideally placed to work on one of the most significant scientific undertakings of all time.

This setting makes for a fascinating theatrical production. Each act rolls seamlessly onto the next as Morton-Smith winds the narrative from early political activity to scientific breakthroughs, war and the tiresome impact it has upon the lives of all involved. John Heffernan delivers a Shakespearean performance in the role of the protagonist, demonstrating Oppenheimer’s intimate and deeply personal involvement in the Manhattan Project, a connection shown most poignantly in the closing scenes when the enormity of his scientific discoveries collided with the ugly and harsh reality of their application.

The Manhattan Project gave birth to the Atomic Age, Big Science and prompted a wealth of collaborative scientific efforts, most notably CERN and the pursuit of the God Particle. But for all its peacetime applications, was the bombing of Hiroshima and Nagasaki justified? Arguments have been fielded on both sides, but few people know how it feels to face such a grave question on an intimate and deeply personal level.

A thoroughly enjoyable and educational watch.