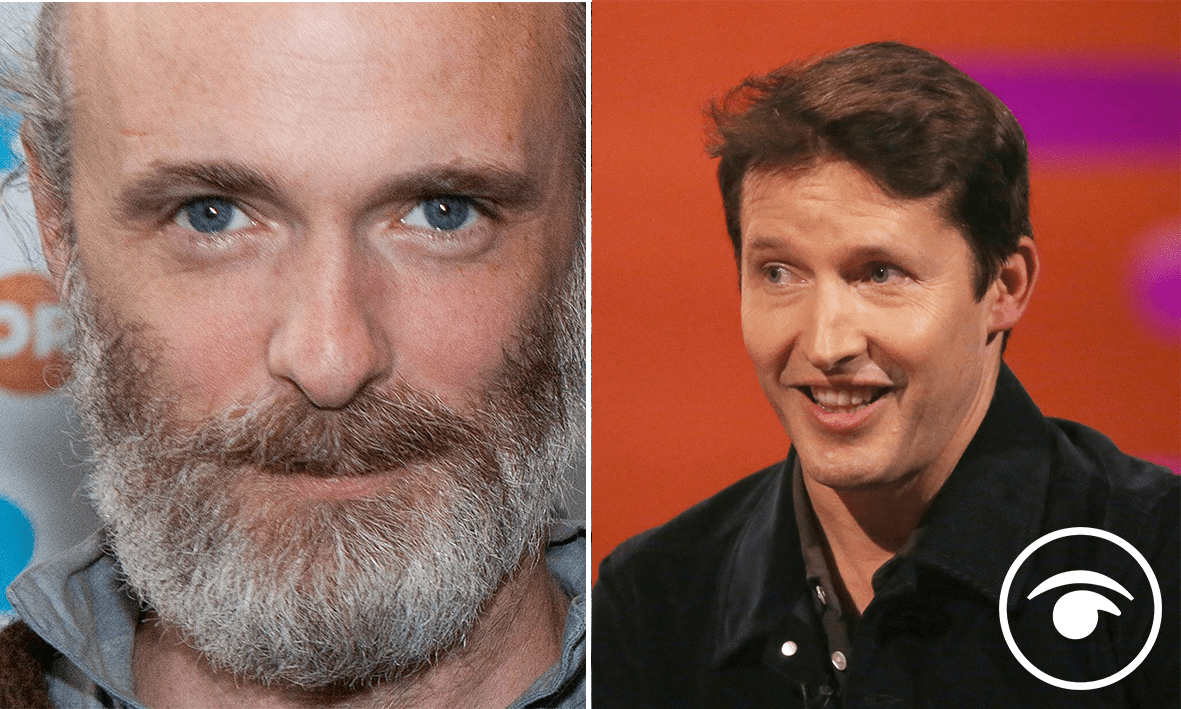 Travis lead singer Fran Healy says playing with himself is the greatest thing that has ever happened to him – and makes him feel like a superhero. His comments come as James Blunt claims he stopped World War 3.

Healy, 47, has sold millions of records but maintains self pleasure is his proudest moment – and better than a record deal.

Fran told an episode of ‘The Adam Buxton Podcast’ about discovering the revelation while growing up.

The artist said when he was “11 years, 12 years old” a friend at school came in boasted about what he had done the previous evening.

Oblivious up until that point Healy went home and that night – changed his life.

He said: “So that night I was in my room and I thought: ‘I’m going to give it a little rub’.

Suddenly I was like: ‘Wow, I’m Spiderman’. Except not out of the hands.

“It really does feel like a superpower. I was like: ‘Wow, this is the greatest thing that’s ever happened to me’ – and probably still is, to this day.

“Better than getting a record deal – nothing comes close actually.

“I find it hard to believe there’s people out that there that don’t, you know, dabble. And there are!”

Singer James Blunt claims he prevented World War 3 – by refusing an order to attack Russian troops when he was in the army.

The ‘You’re Beautiful’ singer, 46, says he helped avoid global armageddon when he travelled to Kosovo in 1999 as part of a NATO peacekeeping mission.

He says while there he became involved in a disastrous operation that nearly led to a world war – which he stopped by refusing an order.

Blunt, then aged 25, had been ordered to seize a key airport, but Russian forces got there first.

Despite nominally being on the same side, Blunt said orders from above came in to “overrun and overpower” the Russians.

But, sensing something wasn’t quite right, he and other soldiers questioned the message.

Blunt’s commanding officer also challenged the order – apparently stating: “I’m not having my soldiers be responsible for starting World War 3.”

The taskforce was then told to stand down and the crisis was averted, with a peaceful resolution eventually made.

Blunt, who left the army after six years to make music, told the story on Chris Evans’ ‘How To Wow’ podcast.

The confusion surrounding the taking of the airport in Pristina, Kosovo in 1999 has been written about in political memoirs and was widely reported at the time.

Blunt said: “So my job is reconnaissance. I’m the eyes and ears of my superiors.

“I go out up to and beyond enemy lines; I try and identify where the enemy are and what their intentions might be, relay that information back.

“During the bombing campaign that was part of a targeting of the enemy and then we had an aircraft come in and engage with them.

“So that was a really intense period on the Macedonia/Kosovo border. And then, when the peace accord had been signed, we tried to move as fast as we could to Pristina, the capital.

“And I was stuck at the very front of that column of 30,000 people, to lead with my troops to head up to Pristina as fast as we possibly could.

“Again, that wasn’t without its difficulties – the huge pressure of 30,000 people behind you, news channels all over the place, mines and minefields all around us, booby traps as they go.

“We were told: ‘Get there as fast as possible’ because the Russians were coming in and they were trying to beat us to the airport in Pristina.

“So you really want to have control of that – so we really wanted to beat the Russians.

“With all this pressure and go, go, go, don’t mind the minefields, push on through, ignore the booby traps, let’s just get there.

“And we arrived – and lo and behold, the Russians had been allowed in by the Serbs much faster and much more easily than us and beat us to the airport.

“The instruction had come through from Major General Wesley Clark for us – we should overrun and overpower them.

“To us, even the wording sounded bizarre. Because the word is ‘destroy’ or ‘engage’ with an enemy – but ‘overrun’ and ‘overpower’ is not within our doctrine in the first place.

“Whilst we had been given these instructions, it was a very simple thing to question and say: ‘That sounds bizarre’.

“Not only because of the wording but also because we were told that the Russians were part of our Kosovo Force, ‘K Force’.

“They came under the same title, they were supposed to be on our side in some way.

“But then the instructions to ‘overrun and overpower’ them seemed exactly the opposite of what we were there to do.

“And it seemed like it would have huge, huge consequences.

“Fortunately for me, we had a phenomenal commander – General Mike Jackson – who, whilst we were there and this Mexican standoff was going on, whilst we were questioning our instructions and whether the consequences would be entirely bad, our commander confronted Wesley Clark.

“His words, which I didn’t hear face to face – ‘I’m not having my soldiers be responsible for starting World War 3’.

“And our instructions came back to pull back, surround the airport and hold off in that way.

“After a couple of days the Russians said they had no food and no water, could we NATO share our water and supplies with them?

“Obviously a deal was struck. There, we’ll let you have that – if you share the airport. That’s how General Mike Jackson averted World War 3.

“I had already pushed on at that stage. We had pushed on to going up to the Kosovo/Serb border to continue with other tasks.”

Blunt previously told the BBC that he would have risked a court martial and defied the order, even if a superior officer had not stepped in.

He said: “There are things that you do along the way that you know are right, and those that you absolutely feel are wrong, that I think it’s morally important to stand up against, and that sense of moral judgement is drilled into us as soldiers in the British army.”

Blunt left the army in 2002 before recording the album ‘Back to Bedlam’ a year later, which included the hits ‘You’re Beautiful’ and ‘Goodbye My Lover’.

He has since gone on to sell more than 20 million records worldwide and has won numerous accolades, including two Brit Awards.

Speaking about the operation in 2010, Blunt was asked if following the order would have risked starting World War III.

He replied: “Absolutely. And that’s why we were querying our instruction from an American general.”