RelatedPosts Writers – TLE Music needs you! PLAYLIST: Spring 2020 REVIEW – Malevolence: The Other Side EP TLE PLAYLIST – QUARANTUNES It hasn’t taken long for Amsterdam based psychedelic, shamanic trio MY BABY’s swampy blues and funk-inflected sound to cast a formidable spell. Over the past 3 years, Dutch brother-sister-duo Sheik (drums) and Cato van […]

It hasn’t taken long for Amsterdam based psychedelic, shamanic trio MY BABY’s swampy blues and funk-inflected sound to cast a formidable spell. Over the past 3 years, Dutch brother-sister-duo Sheik (drums) and Cato van Dyck (vocals) and New Zealand guitarist Daniel “daFreez” Johnston have had their mojo working overtime and are now ready for the release of their third album “Prehistoric Rhythm”. With their new album, the band aim to channel a primal awareness amidst hypnotic beats, shimmering soulful vocals and psychedelic riffs on the back of rootsy blues and dubbed out funk.

MY BABY’s music has been influenced by the power of spiritual music (gospel and voodoo spirituals) and the entrancing hypnotic quality found in music accompanying shamanic rituals. The roots of these phenomena can be traced back thousands of years, and so can the music. This ‘tracing’ has become an important part of the ‘personal’ vision of the band and is a central theme on the upcoming album Prehistoric Rhythm.

Cato van Dyck took the time to speak to TLE about the release of Prehistoric Rhythm and the band’s upcoming tour.

What can fans expect on your upcoming tour? Any surprises in store?
A psychedelic blues trance frenzy! Hopefully our shows continue to surprise our fans but we will be playing some material we haven’t played much in the past, including an acoustic section during the concert, a long rave-up for an encore and perhaps a few special guests. But we can’t give too much away just yet!

Are there any cities that treat your particularly well?
Our shows in London have always felt special. Recently we’ve built a big following in Croatia so we are looking forward to a wild crowd in Zagreb!

Who are you taking out on tour with you?
No crazy hangers-on or groupies, just our Tour Manager and Sound Tech, but they are mad enough. 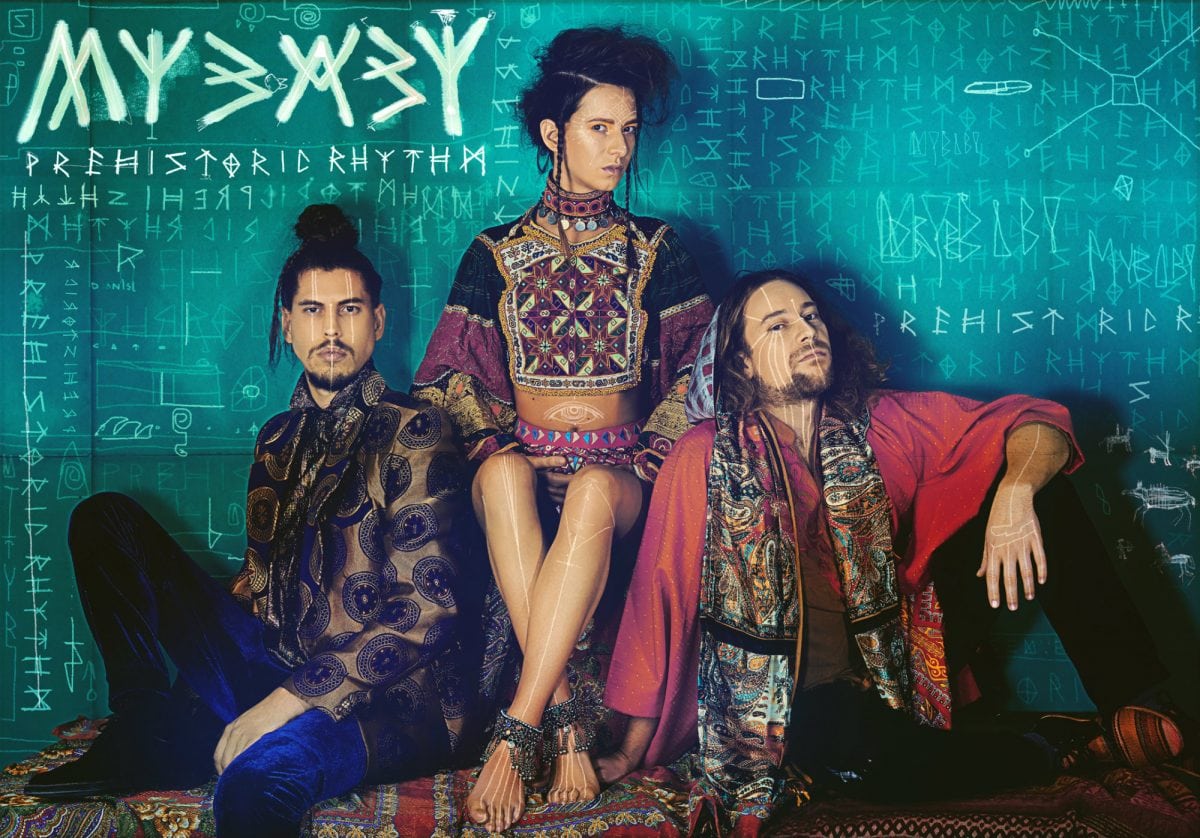 How would you describe the experience of recording Prehistoric Rhythm?
Since we were on the road a lot, it was hard to find the time to get stuck into intricate arrangements. Our goal was to capture the energy of a live performance in the studio and we got the opportunity to use old tape machines and experiment with our live sound in that setting with vintage gear. All in all, an intense but very fulfilling affair.

Are there any tracks on the record you are particularly proud of?
Obviously we are proud of the entire album but to name a few: ’Cosmic Radio’ comes to mind because it really took us out of our comfort zone stylistically. ‘Haunt me’ was so satisfying we decided to give it a long reprise at the end of the album.

Did you feel pressure writing the follow-up to Shamanaid?
There is always pressure when creating new material. Time was an issue though because of our relentless touring that year. It was a challenge to get things finished.

Is there a particular meaning behind the record title?
The title refers to our search for trance inducing music throughout the ages and across all cultures. We’ve been fascinated by the act of celebratory dance in society and that there is a specific need for us to get together and feel and dance to a beat and join into a certain collective consciousness. The roots of this part of our culture dates back to tribal times. There is some sort of prehistoric rhythm that resides in all of us. It’s in our DNA.