Phil Smith Founder http://www.soundtracktoyour.com It’s remarkable to consider what has happened to the business of music. From Apple reportedly buying Superstar Rapper, Dr Dre’s Beats, Headphone Company for $3.2Bn, to Lily Allen making mention of earning a very modest £8,000 for the John Lewis single ‘Somewhere Only We Know’. To news that artists like Rihanna […]

It’s remarkable to consider what has happened to the business of music. From Apple reportedly buying Superstar Rapper, Dr Dre’s Beats, Headphone Company for $3.2Bn, to Lily Allen making mention of earning a very modest £8,000 for the John Lewis single ‘Somewhere Only We Know’. To news that artists like Rihanna earn huge sums of money for personal appearances and endorsements, – it’s rumoured that to get the divine Bajan chanteuse to appear at a fashion show, will set you back $60K.

The business side of music has changed and there is a sea change in the economic models modern musicians will have to employ in order to earn a living now and in the future. Now Lily Allen is a hugely successful artist but £8,000 for a song that was a part of our lives this Christmas past seems very, very slim pickings. And of course this figure relates directly to the simple fact that the traditional route of selling records to make money has gone into terminal decline for artists and record companies.

The facts and figures of these changes are as simple as: 1999, the apex of the Music Industry’s success with Worldwide revenues for sales of music of $40 Billion: Fast forward 14 years and sales have shrunk to $6 Billion, (last year).

To put the actual physical buying of music into context consider this factoid: in 2013, the Robin Thicke single, ‘Blurred Lines’, sold more than twice as many copies as all of the vinyl records sold in the UK last year.

All this seems paradoxical doesn’t it? When you consider that more people than ever now listen to and have access to all the music that ever was and ever will be. The internet providing this unique access via its 3 Billion plus users and myriad of music related services. Not so weird though when you are aware that in its formative years the internet spawned the ‘horror’ of musical piracy (the digital equivalence, to most baby boomers, of taping music from the radio, but with devastating effects). And even less weird when you realise that the internet also bought something new into our lives: not only can we upload and download all of our own music onto a computer, now we have YouTube for almost any music we might want to listen to and digital streaming music services like Spotify and soundtracktoyour.com which allow a user to access all of the music out there and turn it into your very own personal radio station.

For established musicians this new streaming paradigm, significantly reduces earnings. Although just for honesty’s sake with regard to new streaming companies they are renting music to people rather than selling it, they’re far more like a radio station not a record shop and as such they pay 16 times better than Radio 1 or any other radio station, so fair’s, fair, Mr  T. Yorke.

For future musicians and artists on the internet will be the place to record your music and create and market that music to your audience and this is a market! Never before have so many people actually gone and watched live music as at this moment, in spite of the economy, over 1100 music festivals happening throughout the UK this year alone.  U2’s last tour grossed nearly $1bn. There is no shortage of money in music, but none in physically selling it, save to uber fans and collectors and they’d prefer a tee-shirt, preferably with a QR code to your music on a site…

It is a brave new world for Musicians. Back in recorded time they began as wandering Minstrels, but the power music holds over us all is so great and important that soon systems of patronage evolved. Systems where the rich could employ great writers of music and musicians started to thrive and be heard throughout the world. These systems of patronage went into overdrive with the advent of sheet music and positively berserk with the advent of recorded music as record companies spent money investing in music and musicians on an industrial level. Today and in the future though, it seems the users of the web will become the ultimate example of patronage AKA crowd sourcing and crowd funding and a global audience of 3 billion waiting to watch and listen. So whether you’re an old act with your legacy of music and an audience with a seemingly insatiable appetite for nostalgia, or a new band able to exploit the tools the internet provides, I think the future of music is actually quite bright. 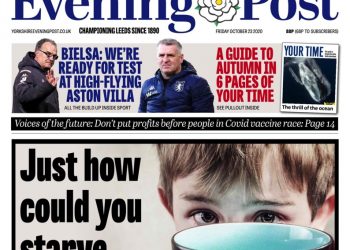