A muscular stop-gap as the Sheffield metallers wind their way to album three. 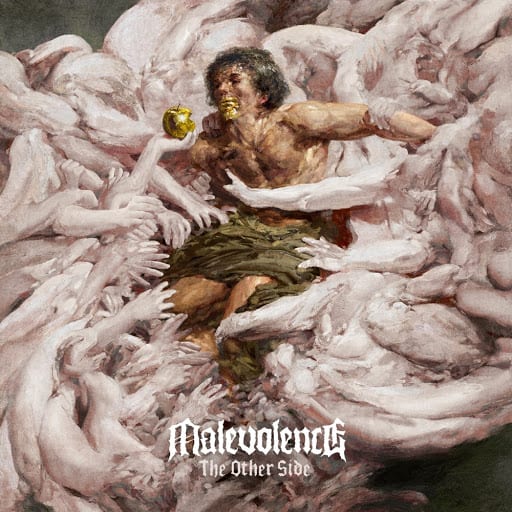 Malevolence have unresolved issues with releasing full-lengths. The Other Side is as swift and effective a tease as you’re likely to get as the wait for the follow-up to 2017’s Self Supremacy extends into a new decade. It’s proof, if it were needed, that less can be more. Saying that – we will have some more if it’s going?

The Other Side is an accessible but unyielding trident of Sheffield steel, opening with the infectious bop of ‘Remain Unbeaten’. A forceful hook in the chorus gives way to a NOLA-flavoured bridge, progressing into one of Malevolence’s more PMA beatdowns. The dynamism has been ratcheted up from Self Supremacy, which delivered direct thrills engineered for sweaty club pits. Here, the polyrhythms and helter-skelter progressions on The Other Side indicate an expansive mindset, as Malevolence’s influence extends into more tekkers territory.

‘Keep Your Distance’ is a level-headed bruiser, dishing out a steady barrage of punishment. It’s a gloriously meaty attack, and the subject matter, which would ring as hardcore posturing in any other context, is elevated by the isolation and social discomfort pervading the COVID-19 pandemic. Bravado and bro-downs welcome. Knocked Loose’s Bryan Garris guest spot brings some welcome nastiness too, with his distinctive, caustic bark providing the perfect a counterpoint to frontman Alex Taylor’s robust mids.

Again, the execution is pristine, hinting at developments behind the scenes. Malevolence have used the time since Self Supremacy to nurture their propensity for a melody, and it shows in The Other Side‘s eponymous closer. There’s certainly a slice of gorgonzola in this doorstep sandwich of metalcore balladry, but repositioned as, say, track eight of LP number three, ‘The Other Side’ could serve as respite from the heaviness, as well as irresistible lighter-bait live.