If you don’t think you’ve heard of Jon Bellion yet, you will have heard his music. He wrote the chorus for Eminem and Rihanna’s 2013 hit ‘The Monster’ and co-wrote and produced Jason Derulo’s 2014 ‘Trumpets’. This will have given Bellion a hefty bank balance, enabling him to concentrate on his first studio album, The […] 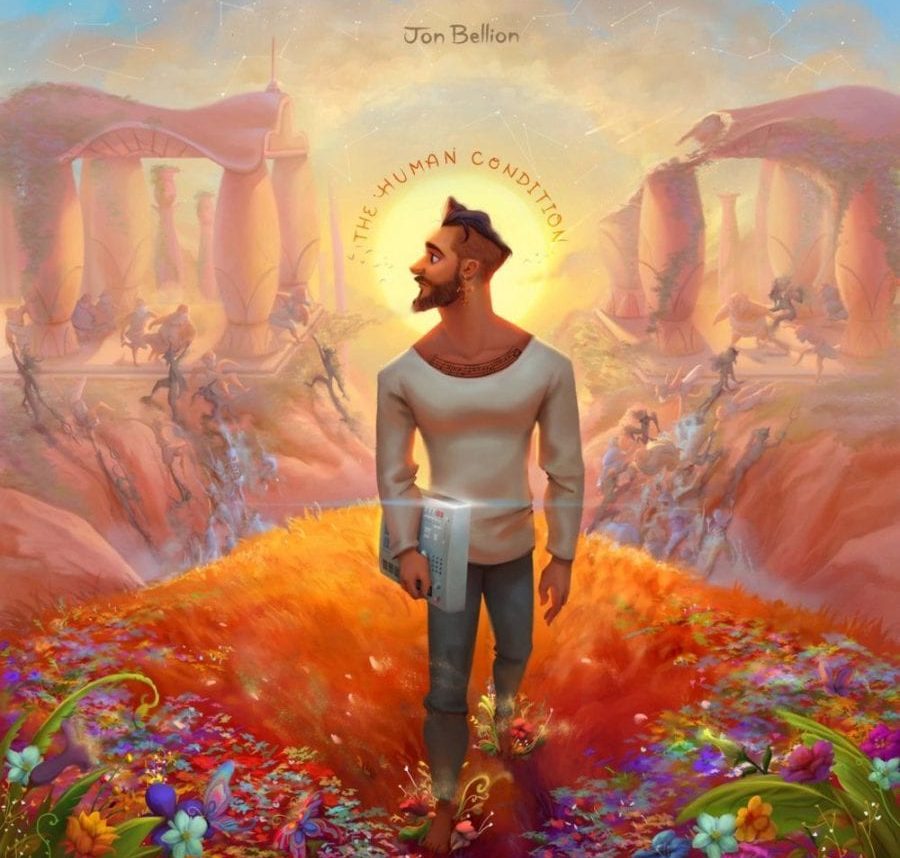 If you don’t think you’ve heard of Jon Bellion yet, you will have heard his music. He wrote the chorus for Eminem and Rihanna’s 2013 hit ‘The Monster’ and co-wrote and produced Jason Derulo’s 2014 ‘Trumpets’. This will have given Bellion a hefty bank balance, enabling him to concentrate on his first studio album, The Human Condition. It launches us headfirst into who he really is – moving seamlessly through family, self-assurance, love, break-ups, uncertainty and faith.

The first track ‘He is the Same’ focuses on what Bellion truly believes in: family, friends and his fans. Staying around those close to him has kept him grounded; he “could buy a few pads, but he just like to stay home”. His grandmother lived directly under his bedroom studio for about ten years, his siblings are his best friends and his heart, and he considers his parents as angels.

Having released four mixtapes since 2011, Bellion has been slowly growing a devoted fan base. He tweeted recently “My FANS are the most creative, passionate, artistic, kind and influential fans on the planet. You have created a dream movement.” The lyrics speak for themselves: “All he needed was a platform, built a real fanbase / Took ‘em with me when the deal came”.

‘New York Soul, Pt. II’ pays homage to where Bellion was raised: “Long Island’s only smiling because my soul is flying / I did everything for New York”. Hear Alec Benjamin sing the chorus and Bellion rap the verses (with just a few name drops) over a funky bassline. The lyrics get better with every listen.

‘Fashion’ tells us that Bellion knows who he is; “the crown of a king” won’t change him. It’s a beautiful combination of Bellion’s voice and a simple piano accompaniment, with strings interjecting to create a fuller, warmer sound. Compared with layered production on other tracks, a simpler arrangement shows just how much colour Bellion can create with his voice.

No surprise here, many of the tracks focus on love. Released on 27 May to wet our appetite, ‘80’s Films’ reminisces about old times and is a perfect example of Bellion’s infectious songwriting. It’s worth a listen just for the guitar solo after the bridge.

‘Woke the F*ck Up’ (released in 2015) focuses on the idea of waking up from a dream or to reality. Realising that in order to really connect with someone you have to make yourself vulnerable, take the walls and “rip ‘em down”. The gasps brilliantly accentuate the sudden realisation that time is running out.

‘Overwhelming’ is another track that explores love and feeling completely overwhelmed by someone: “There’s a potion in your lips, so sweet, I’d die / There’s an ocean in your hips, so deep, I’d dive”.

‘The Good in Me’ has longing love and giving into temptation all over it: “My foundation rumbles and all my morals crumble”. The acoustic guitar perfectly complements the mysterious female vocals in the bridge…

The opening picked guitar with Bellion’s soft vocals on ‘Guillotine’ is a wondrous combination. Dropped in April and featuring Travis Mendes, this is yet another song which displays Bellion’s ability to write addictive beats and memorable, meaningful lyrics: “The secrets you tell me I’ll take to my grave / there’s bones in my closet, but you hang stuff anyway”.

You don’t often get love without break-ups. Emotionally charged, ‘All Time Low’ is unsurprisingly about feeling at the lowest possible point – going from being a “knight” to a “ghost”. Bellion’s ability to write creative melodies and lyrics shine through in this track – particularly the repetitive ‘low’. It will get stuck in your head. There’s also a pretty incredible live acoustic version that is well worth seeking out.

Being destroyed by love, ‘iRobot’ explores how an awful relationship can slowly make you feel empty and emotionless: “I was a human, before you killed me / and ripped my heart out, I knew what love was”.

There is also plenty of uncertainty in life. ‘Maybe IDK’ is about realising that you might not have everything figured out, but that’s fine. It’s an inspirational track for those who experience self-doubt.

‘Morning in America’ sounds upbeat and has a signature catchy chorus, however Bellion tells a slightly darker story of how everyone is trying to “keep up with all these great expectations” but are “secretly out of control”. This track makes for feel good listening that can send you into deeper thoughts.

Bellion is open about his faith, ‘Weight of the World’ is a liberating track with Bellion’s faith in God pulling him through, featuring a verse by Blaque Keyz.

‘Hand of God (Outro)’ explores how sometimes he may lose his way but there is comfort in believing “your whole life’s in the hand of God”. The Andraé Crouch Choir, who sang on Michael Jackson’s ‘Man in the Mirror’, bring the album to a close by revisiting the previous tracks – a brilliant end to an epic album.

Bellion proves hard work and dedication pays off. The Human Condition is a wonderful combination of pop, R&B and hip-hop. With a flair for telling stories though expressive music and powerful lyrics, Bellion takes the listener on a 14-track journey exploring what it means to be human.