Jack Peat reviews the refined and polished Charlie Simpson at the Roundhouse.  Charlie Simpson is a physical embodiment of the journey all young musicians embark on, yet his tremendous success has resulted in his particular journey being very much in the public eye. There are very few teenage bands that start up in their parent’s […]

Jack Peat reviews the refined and polished Charlie Simpson at the Roundhouse.

Charlie Simpson is a physical embodiment of the journey all young musicians embark on, yet his tremendous success has resulted in his particular journey being very much in the public eye.

There are very few teenage bands that start up in their parent’s spare room punching out Thom Yorke melodies and Bob Dylan-esque lyrics with a young Keith Moon propped precariously on a plastic stool in the corner, a juvenile Sting poking the tip of his bass out of the door while a kid David Gilmour strums away with the head of his guitar sticking out of the window. Truth is, most teenage bands are looking to bash together songs that have some semblance of melody with basic chord progression, simple rhymes and power choruses. The guitar pedal becomes like the accelerator of your first car, the drum cymbals are rebellious tools and the rest, well who cares about the rest, we’re here to make some noise!

But when you get turfed out of the spare room and into the garage things start to get serious. You might record your first EP using your mate’s 8-track, play your first gig, become cocooned with the influences of your favourite bands and start practising more regularly. Perhaps you are fixated by Cobain’s grunge or the Brit Pop era, maybe Sex Pistols’ punk or The Libertines’ indie rock and roll. Suddenly the band becomes an escape, less fun, more serious. You give it a go and gig your arse off until university or work life pulls you apart, leaving the frontman to embark on solo work as a refined musician after a journey that has both made and broke them.

Charlie Simpson has lived that typical progression of a musician only with a dose of fame that seldom accompanies it. He may have once been part of Busted and is still the frontman of Fightstar, but haven’t all musicians been in a Busted at some point in their life? His only crime is that he was in a particularly good teenage band that happened to get big by selling teenage band music to teenagers. As tonight’s gig at Camden’s The Roundhouse was to conclusively show, the reinvented Charlie Simpson’s career has simply been one of an evolving musician who happened to be good at growing up.

The Roundhouse is amongst the best music venues in London by my reckoning. A refurbished railway engine shed the spherical room is a perfect gig venue offering a great communal spirit and good sight of the stage whether you’re standing in the open floor space or seated in the balcony. Since re-opening in 2006 the venue has hosted the BBC Electric Proms and numerous iTunes Festivals, including a Bob Dylan performance in ’09.

Tonight the venue played host to Simpson along with his older brother’s band Union Sound Set and Young Kato, a young six-piece indie pop band who have attracted the attention of Zane Lowe and Fearne Cotton to name a few. Union Sound Set were an enchanting band that I could happily listen to for hours. Simpson’s vocals drew comparisons to his younger brother, but the band was more akin to Elbow and Sigur Ros with some great crescendo/ diminuendo bits and complex time changes. Young Kato weren’t quite to my taste but the young band clearly had a lot of potential and there were several identifiable hits in their set.

Simpson (The Younger) took to stage with his six piece band at around 9:30pm to a warm welcome from the large crowd. His sophisticated-meets-trendy look fit was completely befitting of the stage that was lit by rustic, industrial lighting. I’m no stylist, but if I were I could easily have opted to track the evolutionary wardrobe of Charlie Simpson rather than his musical evolution (although I don’t claim to be any better equipped as a music reporter).

The first surprise of the night was the pulsating temperament of the band which differed widely from Simpson’s recordings, but perhaps not his personality. Long Road Home set the tone for the evening with energetic beats and a chorus of accompanying vocals. One of the first and only songs that bore any semblance to a ‘solo’ performance was Winter Hymns played midway through the set which is a lovely number. Other than that it was very much a band performance, and a good one at that. The drummer stood out as a star musician amongst clearly accomplished peers. Imaginative, creative and with the prowess to pull off the aforementioned superlatives whilst looking extremely energetic.

It was clear that Simpson was enjoying this particular rebirth. Described at the end as one of the highlights of his career he looked noticeably comfortable. This was exemplified by an encore that saw him wrestle through the crowds to sing an acoustic number on a stool in the middle of the floor. Earlier this year I saw McBusted play part of their arena set on a flying saucer that descended from the roof; this was infinitely more memorable.

The great thing about Charlie Simpson is that, unlike McBusted, he is open about how he as a musician has evolved. Rather than re-hashing parts of his old identity he has become more malleable. After all, he’s no longer the kid that plays juvenile pop songs in his parent’s house, nor is he the rebellious teenager trying to make it in a serious band. He’s actually just Charlie Simpson, and that’s no bad thing. 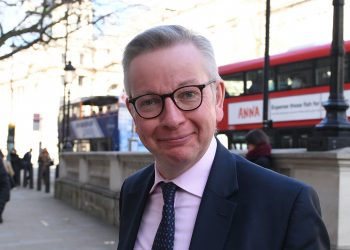