You’ll be hard pressed to find any article or review of Pond without a mention or comparison to sister-band Tame Impala closely following. With shared members Nick Aldbrook, Julian Barbagallo and Jay Watson, “the other” Australian psyche-rock band are one often discredited, or simply overlooked to say the least, as a collective side-project born out of Kevin Parkers international success vehicle. But Pond’s phenomenally prolific output is largely, and criminally, unknown, ‘Space…’ being their sixth album, and their most energetic and erratic release.

Recorded only a few short months after their darker preceding album ‘Hobo Rocket’, ‘Space…’ finds Pond back for the most part back to their upbeat, positive style, as Jay Watson describes the “Triumphant Sunshine Kids”. Kicking off with a solid statement of intent, the straightforward pop-psyche ‘Waiting Around For Grace’, with it’s guitar-riff driven verses eventually overcome by dreamlike backing synths. Wasting no time they confidently step it up with the glam-rock heavy ‘Elvis’ Flaming Star’, which surpasses any of the highlight tracks in this similarly jaunty vein from their first commercially success release ‘Beard, Wives and Denim’.

‘Space…’ finds itself diving between 2 styles. Firstly there is the attitude-filled, dance-floor stompers of ‘Zond’ and album highlight, futuristic disco-bass led ‘Outside Is The Right Side’. On ‘Outside…’ Pond really find their sweet spot; a culmination of all the traits that make them great, and most importantly, unique in their own right. They switch with a snap of your fingers from 70’s funk to pop and rock all wrapped up in pure-psychedelia, overlaying several completely inaudible vocals and spewing space-like sound effects over the frenzied electronic solos. They’ve never sounded so sure of themselves as they have so completely unrestrained.

The flipside of this is found in the slower tempo side of the album. There’s the serene ‘Holding Out For You’, pulsating melancholy of ‘Heroic Shart’ with it’s explosive finale, and the soothing ‘Sitting Up On Our Crane’, backed up by a reverberating synth fuzz. ‘Medicine Hat’ takes you back to earth for a short time with a country acoustic guitar before suddenly taking flight again with the hard-hitting drop of a piercing guitar solo. As effective as the juxtaposition is, as a whole it still feels like the boys are holding back here in comparison to the rest of the albums’ in your face exuberance. Unfortunately you are left waiting for fireworks to no avail. Capping off ‘Space…’ is the glorious self-indulgence that make Pond so enjoyable with title track ‘Man, It Feels Like Space Again’, an attempt to pack in as many of the albums styles and genres in one track before trailing off with a fading moan of the atmospheric, ever-present synth.

Pond have managed to encapsulate their own brand of eccentric spontaneity with heavier pop direction, making ‘Space…’ a far more accessible collection of songs, without compromising their unstructured and uncontrolled nature of writing, production and genre. It’s a direction you wouldn’t expect of the Perth natives, but it’s reassuring none the less. The confidence, blatant enjoyment of their own indulgence, and the consistent and complete lack of musical coherency are traits ever-present in Pond’s work, but in the context of ‘Space…’ they are what should rightly ensure their place on map, a place far from the shadow of their comparisons. 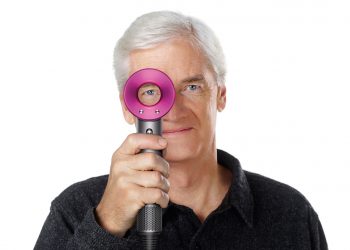