by Guest Contributor
in Music, News

Pop star Ortise Williams posed for selfies with excited JLS fans outside a court after pleading not guilty to raping a woman in a hotel room following one of his concerts.

The 31-year-old singer is accused of launching a sex attack on a 20-year-old waitress after inviting her back to his hotel room on December 2, 2016.

He was arrested alongside pal Jamien Nagadhana, 31, after the woman claimed she was raped at the four star Ramada Park Hotel, in Wolverhampton.

Nagadhana, dressed in a green jacket and black trousers, pleaded not guilty to assault by penetration.

Both men remained emotionless in the dock during the 36 minute hearing before they were granted unconditional bail to reappear at the same court for a trial in May.

Judge Nicholas Webb said: “Your trial is now listed for May 14. Your bail conditions will continue until that date.

“I have made a request that you provide a detailed defence statement. If you do not turn up on the day you will be committing an offence of imprisonment.

“If you chose not to show then the trial may well continue in your absence.” 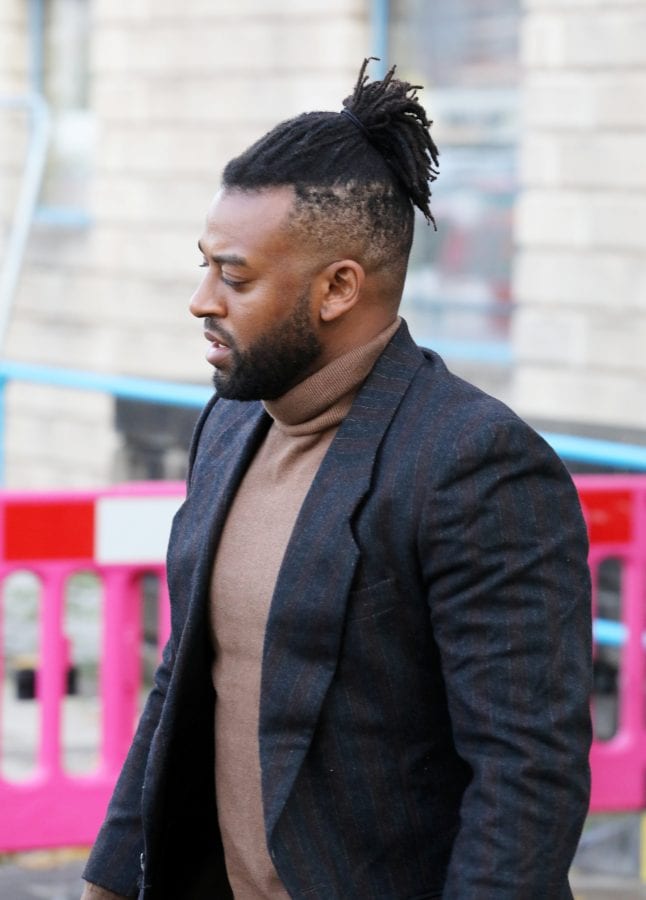 Outside court Williams posed for photographs with supporters who clambered to get a selfie with the former JLS star.

He picked up a child for one photo as he smiled for the camera alongside a man and two women.

The assault is alleged to have taken place when the woman and a pal went back to his hotel following his performance at the Gorgeous Nightclub, in Wolverhampton.

He had been at the venue to promote his solo album Waterline.

They left but the fan returned later to get her handbag she had left in the room at which point she claims the attack took place.

At the time of his arrest, a spokesperson for the singer said: “Oritse denies the allegations against him.

“The matter is in the hands of the police and it would be totally wrong for us to comment further.”

Williams, of Croydon, south London, and Nagadhana, of Hounslow, west London, will go on trial on May 14.