Climate change and the environment was the theme of this year’s festival. 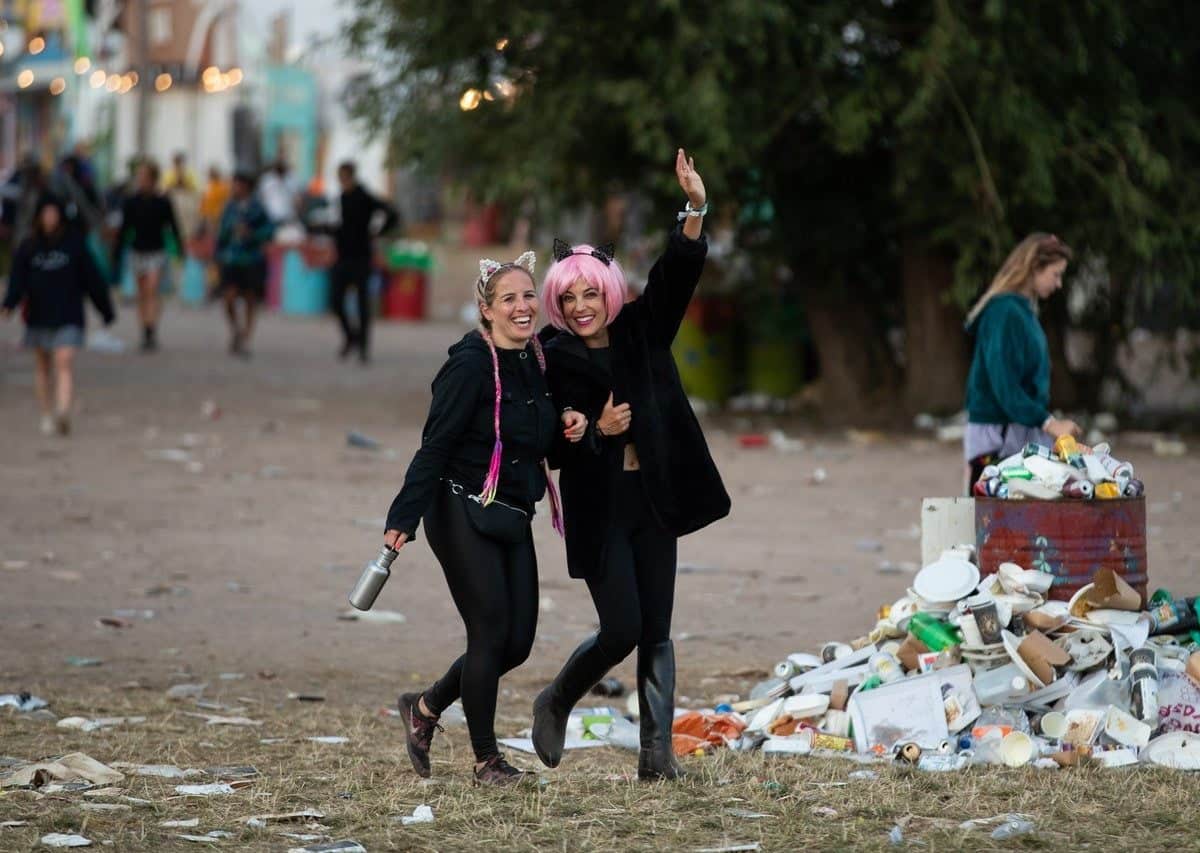 A major clean-up operation got under way at Glastonbury as revellers began to make their way home.

Around 200,000 people descended on Worthy Farm for the festival.

Climate change and the environment was the theme of the festival, which banned single-use plastic bottles and provided water in cans or at refill sites.

But there was still plenty of tidying up to do.

Organisers had previously urged those attending to bring sturdy tents and return home with them, instead of dumping them at the end of the event.

There were more than one million plastic drinks bottles sold at the festival in 2017, and zero sold in 2019.

In total, 45 tonnes of aluminium cans were processed on the site, while 4,500 litres of cooking oil was turned into biofuel.

More than 1,300 recycling volunteers are at Glastonbury Festival each year, while more than 10,000 trees have been planted locally since 2000.

This year, there were 850 water points on the 900-acre site, with 37 WaterAid refill kiosks.