The singer came under fire for embracing gender-fluid fashion for the magazine photoshoot. 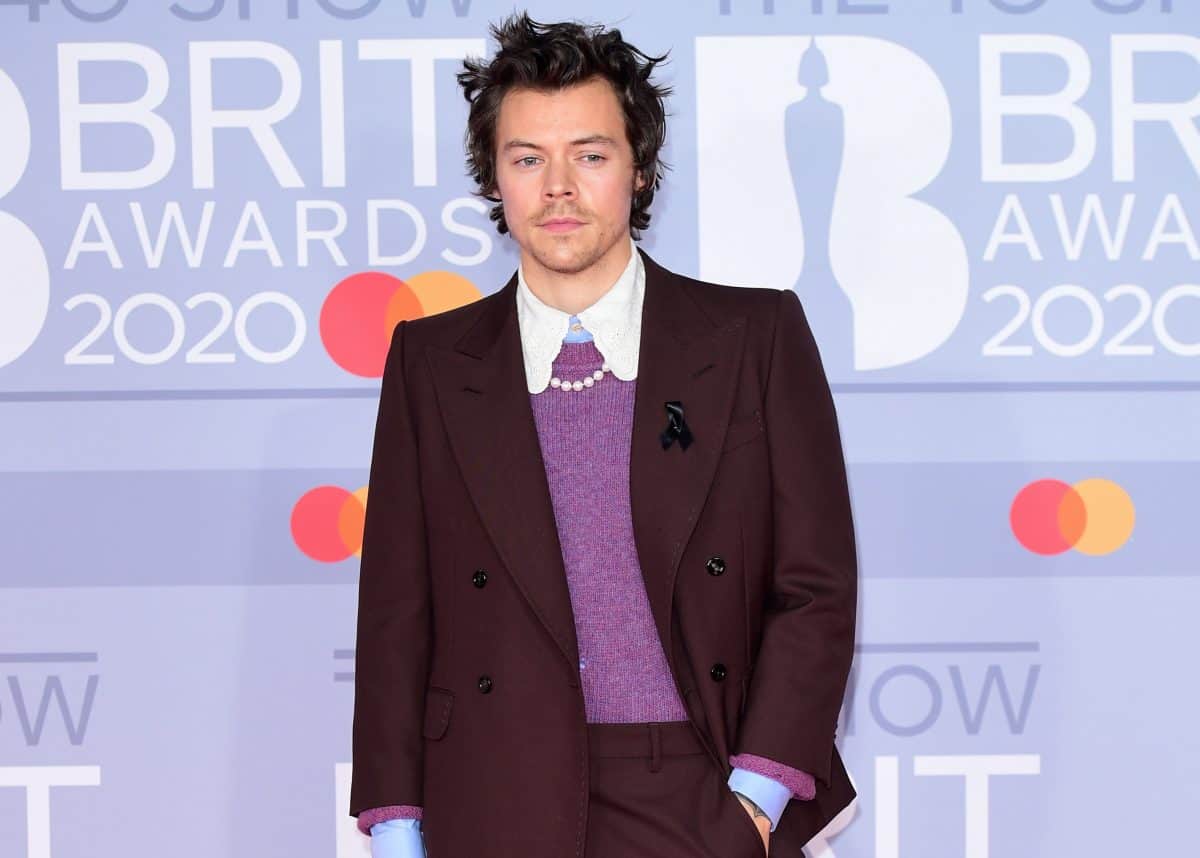 Harry Styles became the first man to appear solo on the cover of fashion bible Vogue.

The One Direction singer, 26, poses in a pale blue lace Gucci ballgown and black tuxedo jacket for the magazine cover, photographed by Tyler Mitchell.

He told the US magazine: “You can never be overdressed. There’s no such thing.

“The people that I looked up to in music — Prince and David Bowie and Elvis and Freddie Mercury and Elton John — they’re such showmen.

“As a kid it was completely mind-blowing.

“Now I’ll put on something that feels really flamboyant, and I don’t feel crazy wearing it.

“I think if you get something that you feel amazing in, it’s like a superhero outfit.

“Clothes are there to have fun with and experiment with and play with.

“What’s really exciting is that all of these lines are just kind of crumbling away.

“I’ll go in shops sometimes, and I just find myself looking at the women’s clothes thinking they’re amazing.

“It’s like anything—anytime you’re putting barriers up in your own life, you’re just limiting yourself.

“There’s so much joy to be had in playing with clothes.

“I’ve never really thought too much about what it means, it just becomes this extended part of creating something.”

Styles also shared his passion for the author Alain de Botton and said: “I love his writing.

“I saw him give a talk about the keys to happiness, and how one of the keys is living among friends, and how real friendship stems from being vulnerable with someone.”

He said that de Botton’s 2016 novel The Course Of Love taught him that “when it comes to relationships, you just expect yourself to be good at it…(but) being in a real relationship with someone is a skill”.

Right-wing author Candace Owens, who argued on Twitter that Styles was indicative of the “steady feminisation of our men,” adding, “Bring back manly men.”

Conservative commentator Ben Shapiro felt similarly. “Anyone who pretends that it is not a referendum on masculinity for men to don floofy dresses is treating you as a full-on idiot,” he tweeted.

However, many people, including famous figures leapt to his defence.

Jameela Jamil Tweeted: “Harry Styles is plenty manly, because manly is whatever you want it to be, not what some insecure, toxic, woman-hating, homophobic dickheads decided it was hundreds of years ago. He’s 104% perfect.”

Zach Braff Tweeted: “Our whole lives boys and men are told we need to be manly. Life is short. Be whatever the f*ck you want to be.”

Chasten Buttigieg, the husband of former Democratic presidential candidate Pete Buttigieg Tweeted: “Love love love this @Harry_Styles @voguemagazine spread. I remember when some said I played into “heteronormativity” by wearing chinos in @TIME. Honestly, what can you wear these days? Oh yeah. That’s right. Anything you damn well please.”