A deaf DJ is determined to prove his disability is no obstacle – by playing sets in Ibiza.

John McDevitt, 37, grew up profoundly deaf, unable to hear anything, and rarely went clubbing or to gigs as a shy teen.

But when he started studying music production at college, John’s new friendship group encouraged him to start going out.

The buzz he got from gigs quickly became a new excitement when he discovered raves and was able to feel the vibrations of the speakers standing next to them.

John started listening to house and disco, with 1980s Chicago house guru Frankie Knuckles still one of his inspirations.

His weekends were spent at Glasgow institutions STREETrave, the Arches, Colours and Sub Club.

Dance music became a part of his life, and nearly ten years ago he got himself a set of decks and decided to try his hand at mixing. 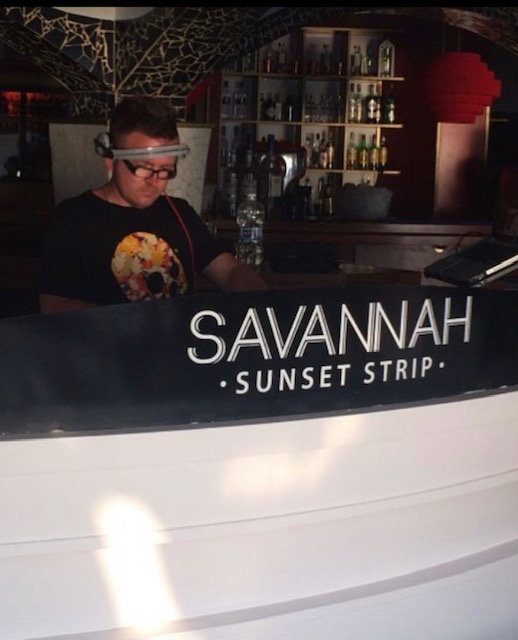 John said: “It was a confidence thing to go out and enjoy music.

“I didn’t start going clubbing until I was in my mid-20s.

“Mostly in clubs, I liked to be around the DJ booth or near the speakers – that was where you can feel it.

“A lot of people question my hearing, but I was born profoundly deaf.

“Without my hearing aids, I hear nothing.”

After getting state-of-the-art hearing aids, John discovered a whole new world of sounds.

He said: “It took me a long time to get used to them.

“I got used to sounds I’d never heard before.

“It was an exciting time for me.”

However, he quickly discovered music he did not like so much – including happy hardcore.

John said: “With disco, the beats are smaller so it’s groovier – if it starts at 150bpm to 125bpm there’s more of a groove.

“The vibration isn’t as intense.”

After playing in Glasgow and Edinburgh, John caught the attention of another deaf dance music enthusiast, who puts on nights in London.

He was thrilled to be invited to perform at a 15th-anniversary party, with an audience of both deaf people and others with full hearing.

John, from Newarthill, North Lanarkshire, said: “It was a good vibe, there were singers performing with sign language.

“I didn’t know what to expect but it was awesome.” 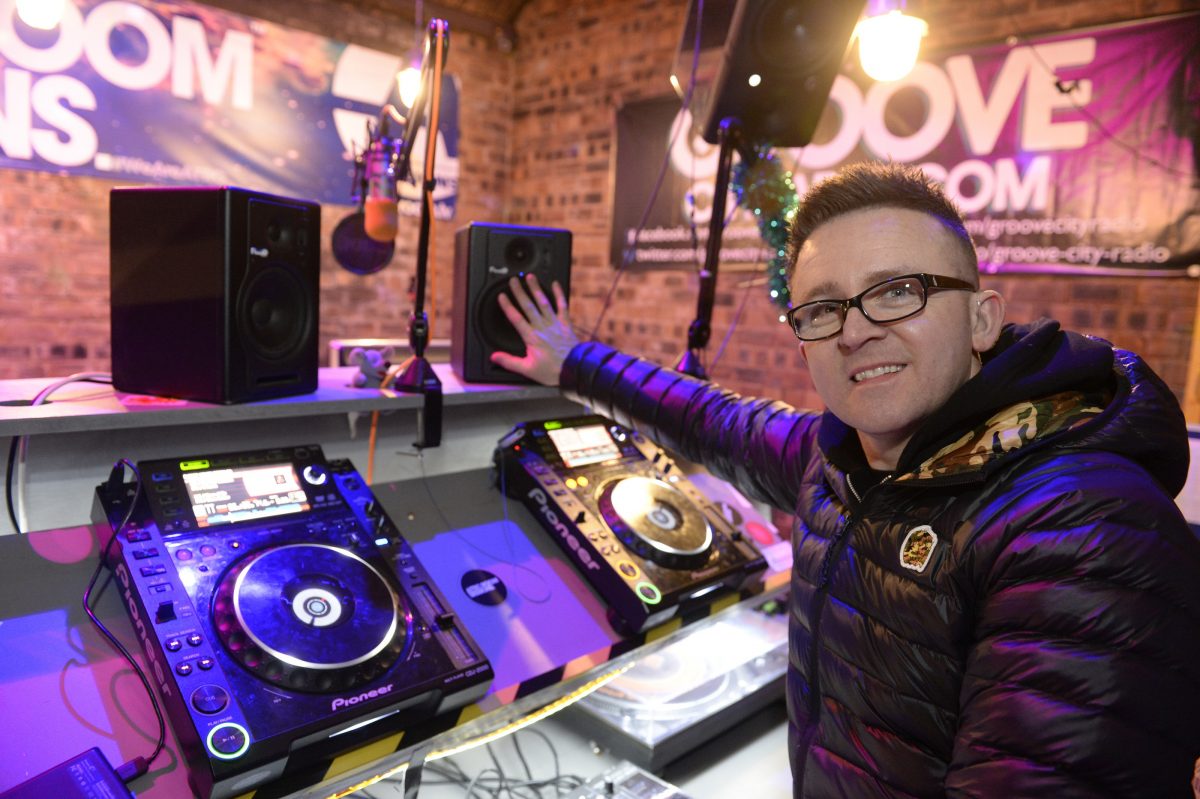 He started putting live streams out on a radio station, which led to a resident DJ at Ibiza club Savannah getting in touch.

John was invited to play a set there, and also took to the decks at Soul House, on the Spanish party island.

But his ultimate goal lies closer to home, hoping to one day be invited to perform at Sub Club.

John, who works full time as a support worker at Glasgow Dental Hospital, said: “It is tricky because if you say you are deaf people are going to trust people who don’t have a disability.

“But I’m always proving myself. 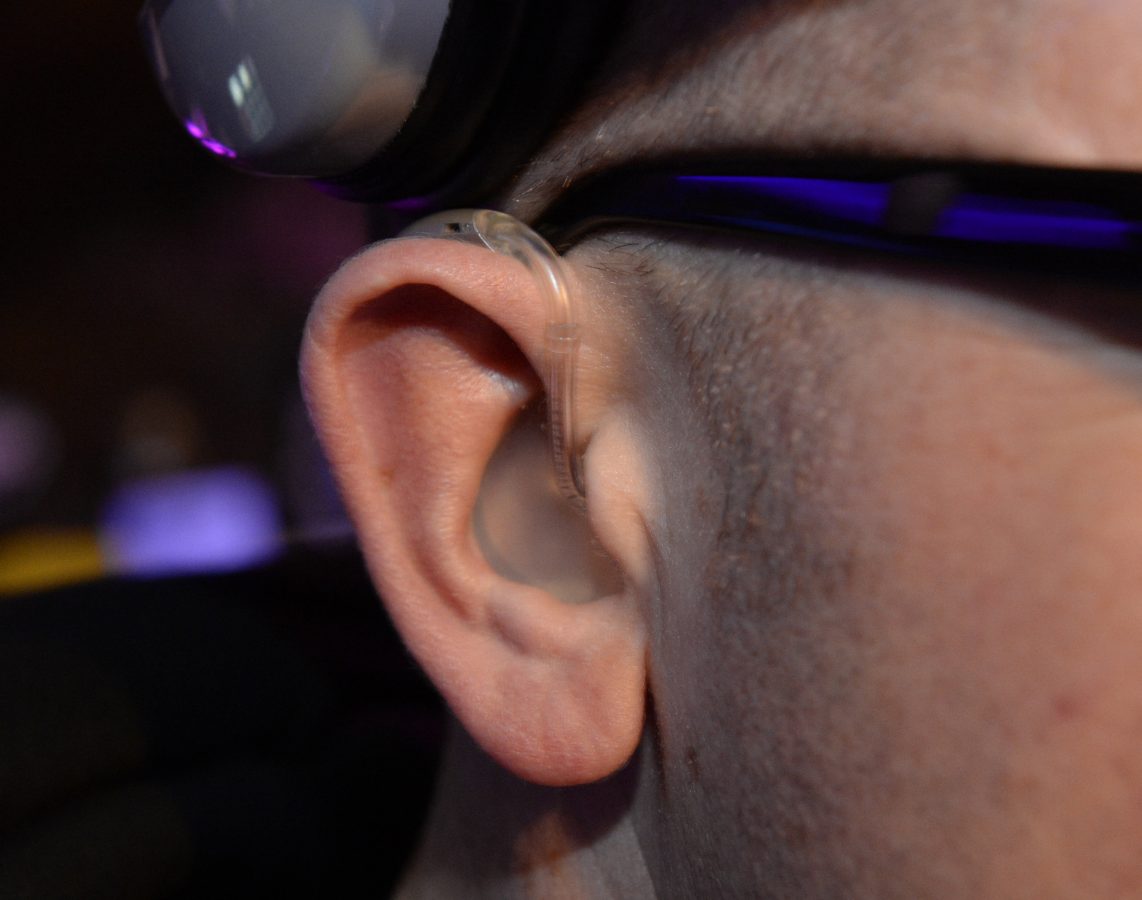 Due to his hearing aids, John says he has to wear his headphones in a “weird way”, but said that without them in it was “pointless” trying.

Advances in technology, both in terms of hearing aids and also mixing decks, have made his passion possible.

He has a radio show, Def Beatz, on Groove City Radio.

And he has even put on his own club night, Decibel Session, which was supported by renowned Scottish DJ Gordon Miller.

“To the side of me, I get the vibrations from the monitors.”

Vinyl records are too hard for John to use due to their tendency to be crackly, and when he first started DJing in his bedroom he used CDs.

Now he has decks which show digital waves, which he uses in conjunction with headphones to follow the beats.

John’s girlfriend, Claire Green, is a constant source of support and encouragement, he says.

Devoted John said: “There’s days when I feel it’s not going to work for me, when I’m questioning myself, and my girlfriend always says ‘you are amazing’.

“When I had my first club night, she said ‘just go for it – you didn’t expect that to happen in Ibiza and London’.”

He added: “The first thing I do in the morning is listen to music.”