Freddie Mercury on vocals, Eric Clapton on guitar, Paul McCartney on bass and Phil Collins on drums – not a bad little combo. That’s the dream line-up for the perfect 70s supergroup as voted for in a poll of 2,000 music fans to mark the launch of Sky Atlantic’s new rock and roll TV drama […] 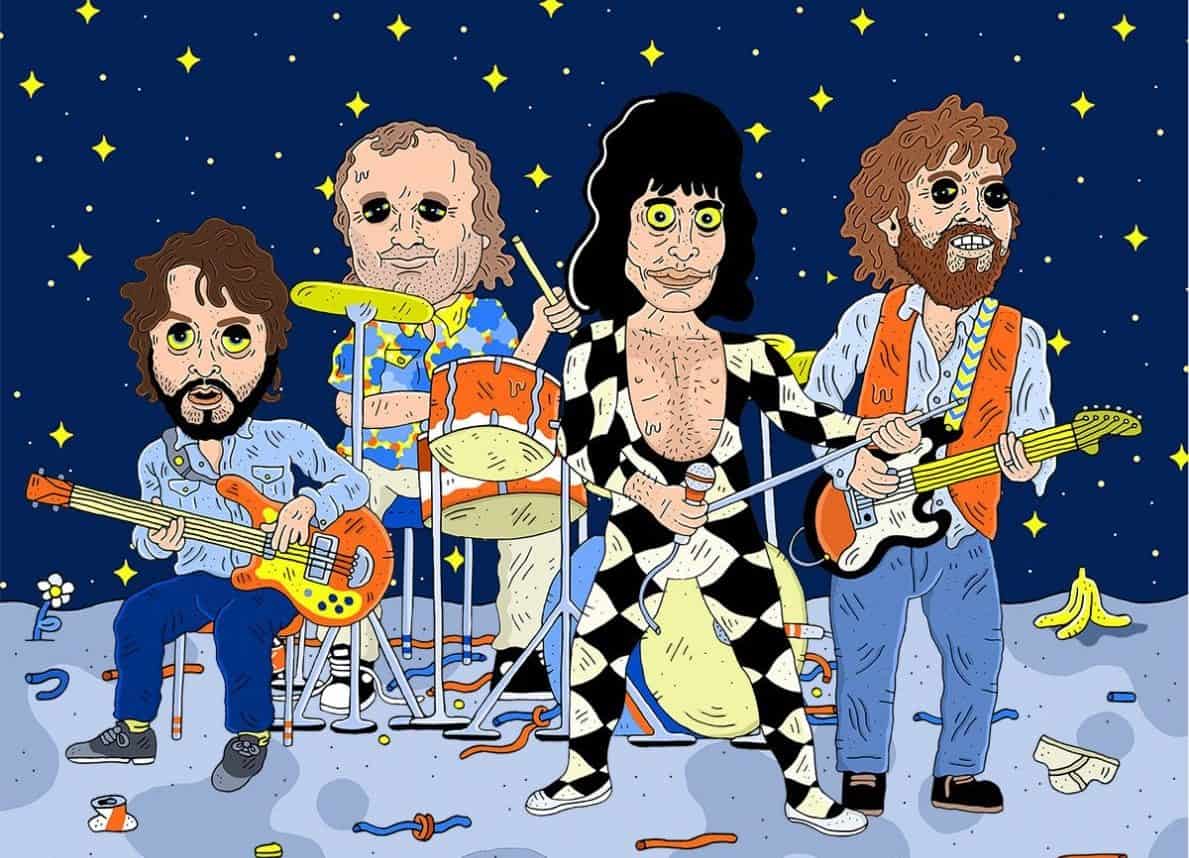 Freddie Mercury on vocals, Eric Clapton on guitar, Paul McCartney on bass and Phil Collins on drums – not a bad little combo.

That’s the dream line-up for the perfect 70s supergroup as voted for in a poll of 2,000 music fans to mark the launch of Sky Atlantic’s new rock and roll TV drama ‘Vinyl’ available exclusively on the channel from 15 February.

The ultimate band would have an amazing choice of original material for their set-list – everything from Hey Jude and Bohemian Rhapsody to Layla and In the Air Tonight. Music journalist and author David Hepworth said: “I’m not sure I’d put any money on this particular super group surviving its first rehearsal.

“After his experience in the Beatles McCartney didn’t want to be in any band that he couldn’t boss and Freddie Mercury had the kind of talent that could only flourish in Queen.

“Maybe Clapton and Collins could have done something jazzy between them. We’ll never know. ”

“What’s interesting is just how famous the big names of the 70s still are, almost fifty years later. When people nowadays think of ‘rock’ what they see in their mind’s eye is the world that ‘Vinyl’ recreates.

“Bands who were young, fabulous-looking, were making music rather than re-making it and still had enough energy left to behave really badly offstage.

“And thanks to the fact there was no social media they could get away with it. We shall not see their like again.” Rock and disco battled it out head-to-head for the title of best band of the 70s, with Queen emerging victorious ahead of Abba, Fleetwood Mac, Pink Floyd, the Bee Gees and Led Zeppelin.

Fleetwood Mac’s 1977 blockbuster Rumours – thought to have sold over 40 million copies worldwide – was named best album of the 70s, beating Queen’s A Night at the Opera, Pink Floyd’s The Dark Side of the Moon and Hotel California by The Eagles.

But when it came to the best thing about the 1970s, music had to take second place – to Star Wars.

The survey was commissioned by Sky Atlantic ahead of the start of new drama series Vinyl, set in the music industry in New York during the 1970s, co-produced by Mick Jagger, Martin Scorsese and Terence Winter.

The new series which stars Jagger’s son James Jagger as the lead singer in a punk band and starts on February 15th – follows record executive Richie Finestra (Bobby Cannavale) as he struggles with a midlife crisis which threatens both his professional and personal life.

Best band of the 70s

Best frontman/woman of the 70s