RelatedPosts How would a ‘Tory Jesus’ act? Read this hilarious thread to find out What happens when the show can’t go on? Singer Paul Heaton praised for large donation to Q Magazine staff when publication closed after 34 years City approves renaming sewage plant after British comedian John Oliver who will attend ribbon-cutting By Julia […]

Taking place within the cool of The Social, tonight marks one of the first London performances from New Yorker Sunny Ozell, who’s in town showcasing her debut album Take It With Me. The venue is filled to capacity with a crowd of family, friends and press, including her celebrity husband Patrick Stewart (a relationship that’s caught the attention of the media thanks to their stark age differences).

Her set is driven by selected covers, starting with a bluesy rendition of ‘Manhattan Island Serenade’. Ozell’s voice floods the room while her band, pushed for space on the intimate stage, do their best to compete with her performance. The result is tight and professional . Rolling on in to Randy Newman’s ‘Louisiana 1927’, her voice smoothly resonates as she conveys the track’s melancholy lyrics.

Ozell’s take on Aaron Lee Tasjan’s infectious ‘Git Gone’ sets itself apart from the blues-heavy set with punchy force. It is at this point that Sunny, with the audience enraptured, takes a brief moment to self promote the upcoming album, despite a “well-rehearsed” ramshackleintroduction. After one more number from the hand-picked, quintessentially-American, jazz-rooted covers, the brief showcase draws to a close, providing guests with an intrinsic insight into the album which is set for release later this month. 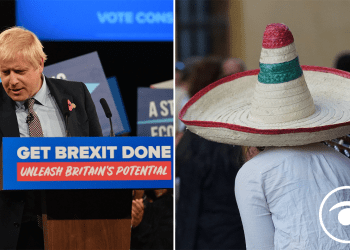