RelatedPosts What happens when the show can’t go on? Singer Paul Heaton praised for large donation to Q Magazine staff when publication closed after 34 years City approves renaming sewage plant after British comedian John Oliver who will attend ribbon-cutting LOST IN THE VAULTS: THE JOYS OF COLLECTING JAZZ RECORDS By Julia Prigmore (@JuliaPrigmore) 19.5.2015. […] 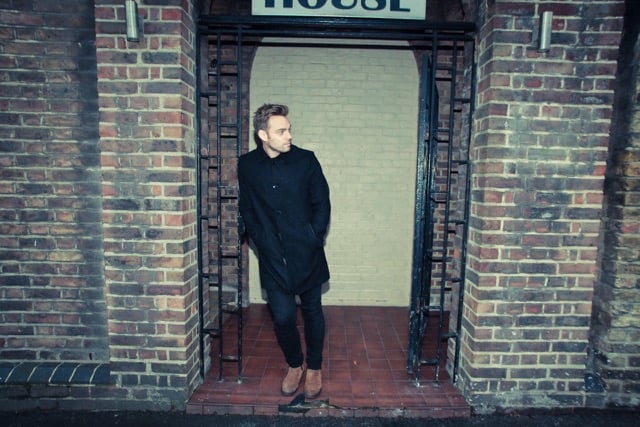 The Back Room of London’s Hard Rock Café seems an appropriate setting for the preview of Ben Montague’s new album ‘Back to Paradise’. Set for release next month, the album is the Kentish musician’s fourth, and tonight provides an ideal opportunity to showcase his new material and unearth some previous recordings.

The night kicked off earlier than expected. The venue for Montague’s set was already bursting at the seams by the time he’d reached the make shift stage, with the majority of the crowd formed of friends and family. Meanwhile, we found ourselves taking a backseat in search of a better view, surrounded by the kind of trendy crowd you might expect to find on Old Park Lane on a Tuesday night. The generous plates of free pizza being passed around certainly helped.

Despite our best efforts our view was promptly obstructed by another attendee’s iPad screen, through which we ended up having to watch the majority of the performance. This slight hindrance did little to dampen the sheer quality of Montague’s vocals, mind, which still managed to shine through. Even the audience at the back of the venue, latecomers and smokers left spilling out into the street, were still well within earshot of his powerful performance.

Ben’s warm, open–chord acoustic compositions do occasionally bear similarities to the likes of Ben Howard, James Bay and The Kooks, but despite the familiar feel of his sound, Montague’s brief set still managed to leave an impression on this intimate gathering.