By Rob Foster Concerns about inequality have become a key theme in public discourse in the years following the economic recession, from the Occupy movement’s narrative of the 1% versus the rest, to “rockstar economist” Thomas Piketty’s “Capital” capturing the attention (positive and negative) of the political classes in 2014. Even the recent leaders’ debate […] 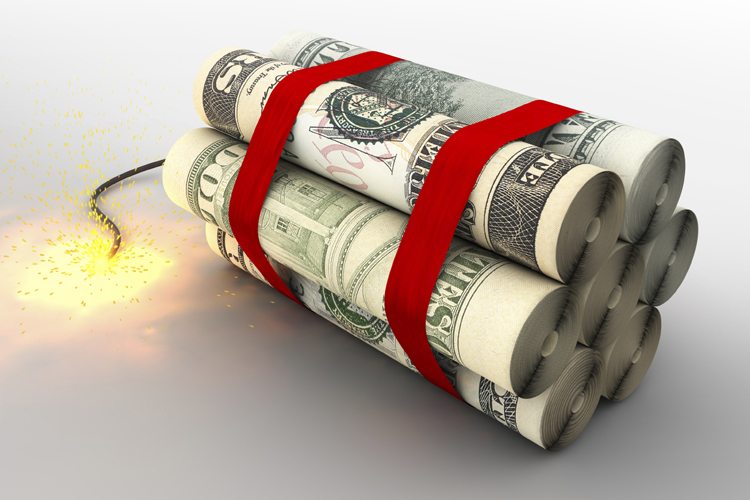 Concerns about inequality have become a key theme in public discourse in the years following the economic recession, from the Occupy movement’s narrative of the 1% versus the rest, to “rockstar economist” Thomas Piketty’s “Capital” capturing the attention (positive and negative) of the political classes in 2014. Even the recent leaders’ debate made passing mention of the growing divide between the rich and the rest, although the focus on apprenticeships and the property ladder as means of improving social mobility may have seemed a narrow reading of a very wide issue. Nevertheless, the theme is a recurring one.

The latest voice in this debate comes from a perhaps unlikely source. The financial industry is, along with the political class, widely held to be responsible for the crisis and the banking profession is held in contempt by many. Against this tide comes Andrew McNally, a 25 year veteran of stockbroking, investment and former chair of private bank Berenberg, whose book Debtonator confounds many of these popular assumptions and the dogma of prevailing financial theories. The establishment, McNally argues, should “admit that extreme inequality today, to a large degree, is caused by our financial system.”

This is a short text, and the author notes it is “written with a deliberate naivety…largely ignor(ing) the powerful vested interests” of the status quo. The central thesis is that debt, and specifically debt financing, hinders wealth creation and growth and thus concentrates wealth and power within a small elite. The last few decades of finance have been powered by cheap credit, and the perverse tax incentives that reward companies which hold higher debts only exacerbate the problem. McNally summarises this situation as “the perfect financial religion – a Holy Trinity of rational investors, perfect markets and obliging central banks that would only ever lead to one outcome – more debt”.

This religion is challenged on a number of grounds. The notion of rational investors may work in theory “but assumes a view of human nature that is simply unrealistic”.   The sale of debt as an asset renders the fear of default as “someone else’s problem”. The credit fuelled economy and crisis has cost banks “their most valuable asset – their customers’ trust.” The laissez-faire dogma of the invisible hand in free markets occludes the fact that “nothing in finance occurred in nature; we can deconstruct it and reconstruct it to serve our needs”.

Debtonator’s counter-thesis is that companies financed by equity – that is, by shareholders who invest in the future success of the firm – “embod(y) the more positive and potent traits of capitalism” and offers opportunities for new wealth creation. This form of shared risk and opportunity may have once been the dominant form of business finance but McNally contends it is now a backwater, hindered in current thinking by its essence as a long-term, patient form of investment. But as examples of long-term equity financed success stories such as Swedish bank Handelsbanken and Southwest Airlines evidence, alternative models of collaborative finance do exist. And, McNally argues, this stability of finance “makes for better decisions, permits adversity, and improves the chances for long-term survival.” In doing so, the opportunity to invest in productive assets “that drive progress”- e.g. create more wealth – provides the means of social mobility. This concept, especially in relation to examples of employee share ownership schemes and the benefits, echoes many of the arguments for the stakeholder capitalism proposed by Will Hutton as a method for addressing inequality. Whilst acknowledging that “capitalism isn’t a purely economic phenomenon” and the political difficulties in challenging the orthodoxies of the financial system, the author makes a strong case for change, arguing that “if the users of assets don’t think about the role they play in society, then it is the responsibility of governments to do so…to ensure the financial system is not structured to benefit the few when that is not in the interests of everyone”.

Above all, Debtonator is a book about the moral and philosophical possibilities of equity and equality. Rather than focussing, a la Piketty, on redistributory income and wealth taxes, McNally offers an alternative approach to incentivise equity funding and investment in order to create a “fairer, more inclusive and more stable” financial system. This concise, well-argued essay adds further weight to the growing case for new models of capitalism based on long term investment, partnership and the virtues of equality.