A pithy observation to start: Everything you have ever found funny involved pain. Everything, no exceptions, from the cradle to the wise-cracking hospice nurse, involved pain. An infant in its cradle giggles at the huge face looming over it because the baby’s eyes are still learning to focus and after a moment’s fear (“What monstrosity […]

A pithy observation to start: Everything you have ever found funny involved pain. Everything, no exceptions, from the cradle to the wise-cracking hospice nurse, involved pain. An infant in its cradle giggles at the huge face looming over it because the baby’s eyes are still learning to focus and after a moment’s fear (“What monstrosity is this, that rises above my head?) comes the relief released in the form of laughter … and often a fountain of urine. Even the ignoble pun requires a moment’s confusion and that too is a form of pain. Indeed, I have had an open wager for thirty years or so offered to anyone who can provide me with an example of a spoken, written or visual gag where nothing gets hurt. Don’t stress yourself trying to think of one, because you won’t be able to. The only other truth I know to be anywhere close to that self-evident is that a journey of a thousand miles begins with someone considering divorce. (I’m here all week, be sure and try the lamb stew.)

We are of course absolutely surrounded by comedy, some of it actually intentional, because everyone enjoys a good laugh. I’m quite sure that even celibate, silent monks who live within cold stone walls on isolated mountaintops still enjoy an internalised chuckle when a monkey jumps out of a bucket and frightens a goat. Granted, that probably doesn’t happen very often, which is why the library shelf labeled ‘Humour Written by Monks’ is emptier than a desperate politician’s promise.

But because comedy is so omni-present in movies, television and the guy on the next bar stool, it does not earn our respect. Everyone is funny once in a while. Even your Uncle Lou’s ‘pull my finger’ gag was funny the first time you heard it; less so a moment later when you smelled it.

Since Annie Hall won the Oscar for Best Picture in 1977, the only other per se comedy to have won is 2011’s The Artist (unless you consider Birdman a comedy, and I don’t remember laughing so it ain’t). As for the stage, Neil Simon only won the Tony Award for Best Play twice and neither – my opinion – for his best work, however that is still two more than Noel Coward and John Guare combined. Among women, there is a Pulitzer for Mary Chase’s Harvey and a Tony for Wendy Wasserstein’s The Heidi Chronicles and after that it is pretty much an empty bucket lowered into a dry well. Television of course separates comedy into its own category, isolated from the ‘proper writing’ of drama, so its relative weight is more difficult to judge. 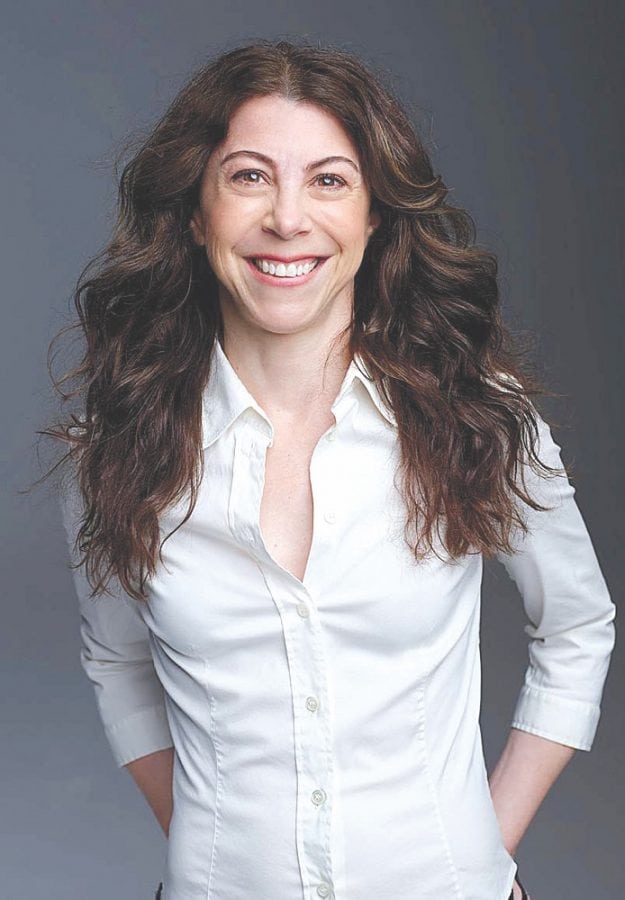 But wait! Hang on a moment there squire, for we just mentioned in passing women writers. If it is difficult for comedy writers in general to receive proper notice and reward, women with a sharp wit and an ability to type are truly under-valued, particularly in television. The late Christopher Hitchens, who in many ways remains one of my heroes (all of the ‘context setting’ I use in these reviews is in direct homage to Hitch) wrote two jaw-droppingly stupid things in an otherwise distinguished career as a journalist and essayist. First, he supported the Iraq invasion of 2002 which needlessly killed half a million people and as a side note destroyed the career of Tony Blair. And then to top it off, he wrote an essay for Vanity Fair where he stated at some length that women are not, cannot be funny.

I beg your damn pardon? Just how bad was the hangover that day?

So there is the context. Out of the midst of all that murk emerges the figure of Nell Scovell. Without exaggeration I would say that she has written for at least half the television programs I have actually laughed at from the 1980s through to today. In a very partial list, hese include: The Simpsons, Late Night With David Letterman, Mystery Science Theatre 3000 (haven’t seen that one? Oh please do!), Newhart, Charmed and she was the creator of a little sitcom I quite loved, Sabrina the Teenage Witch. I always wondered why the last seemed to come off the boil in its later seasons and now I know why; Nell Scovell left the show, by her own choice, after the first series. 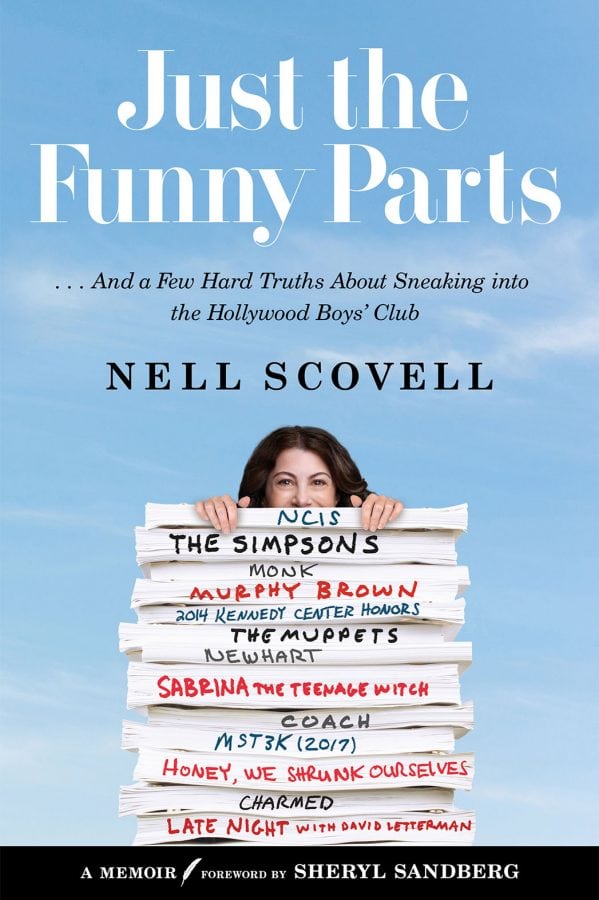 Scovell has collected her experiences, anecdotes and advice in her memoir Just the Funny Parts. To say that I loved reading her book does not do it justice. I’m a bit of a connoisseur of humorous showbiz biographies and Just the Funny Parts takes its place as an absolute equal to my other three all-time favourites: David Niven’s The Moon’s a Balloon, Charles Grodin’s brilliantly titled It Would Be So Nice If You Weren’t Here and, stretching the category a bit as it is not a traditional memoir, The Groucho Letters: Letters to and From Groucho Marx. What all of these four books bear in common are, as lovers of symmetry shall applaud, four things in equal portion.

1) They are all funny. This seems painfully obvious, but just because someone can give a great comedic performance or write a great script, doesn’t mean they can necessarily go skipping merrily into another creative genre. When Scovell goes into the detail of an episode of The Simpsons that she wrote (Homer eats tainted fugu and has 24 hours to live), I grant you she has the advantage of being able to quote and re-produce proven funny lines and images, yet even the lines and scenes that didn’t make it into the half hour are genuinely laugh-inducing.

2) They are all intelligent. In a showbiz book I have never cared for the ones that boil down to a succession of ‘who screwed Lou in the zoo’ stories. Rather, if a writer is going to let us look behind the curtain, I want the complete guided tour. Nell Scovell describes the power dynamics of the writers’ room, where she was often the only woman, brilliantly and accurately. Once upon a time I earned a diploma in comedy writing and our instructor, a multiple Emmy Award winner himself, described the process and ran us through hoops precisely as Scovell describes. The closest approximation is wrestling’s Royal Rumble where only one survives among the many who enter. But the wrestling event is held annually; a sitcom does this every week.

3) They all teach you stuff. In this regard, Just the Funny Parts is the best of my four favourites. Writing something that makes an audience laugh is not just a great concept, servicing characters, creating original lines, or wording them correctly. It is all of the above and every one has to be absolutely perfect. Anyone who ever even vaguely considers writing scripts needs to read this book.

4) You care about the author. Scovell tells her life story (in her mid-fifties she is still going strong by the way) battling the boy’s club, the power needs of celebrities, and open acknowledgement of those who did generously assist along the way without ever being cloying or begging for her sympathy. Oh, she admits freely to times of tears and times of fright, yet she does so without bile or revenge. After all, there is no comedy without pain.

At the last, an anecdote. I’m going to openly steal my summation of Just the Funny Parts from a Twitter acquaintance who suggested I review this fantastic book. Quinn Cummings, former actress and current novelist, tweeted to me, ‘Some books are intelligent or funny. Nell’s is both.’ This was a fantastic reading experience; enjoy it for yourself.