By Jack Peat, TLE Editor Bohemian: Bohemianism is the practice of an unconventional lifestyle, often in the company of like-minded people, with few permanent ties, involving musical, artistic, or literary pursuits. A warm evening in the West End saw the familiar huddle of theatregoers congregate around the glistening Duke of York, chilled glasses of white […] 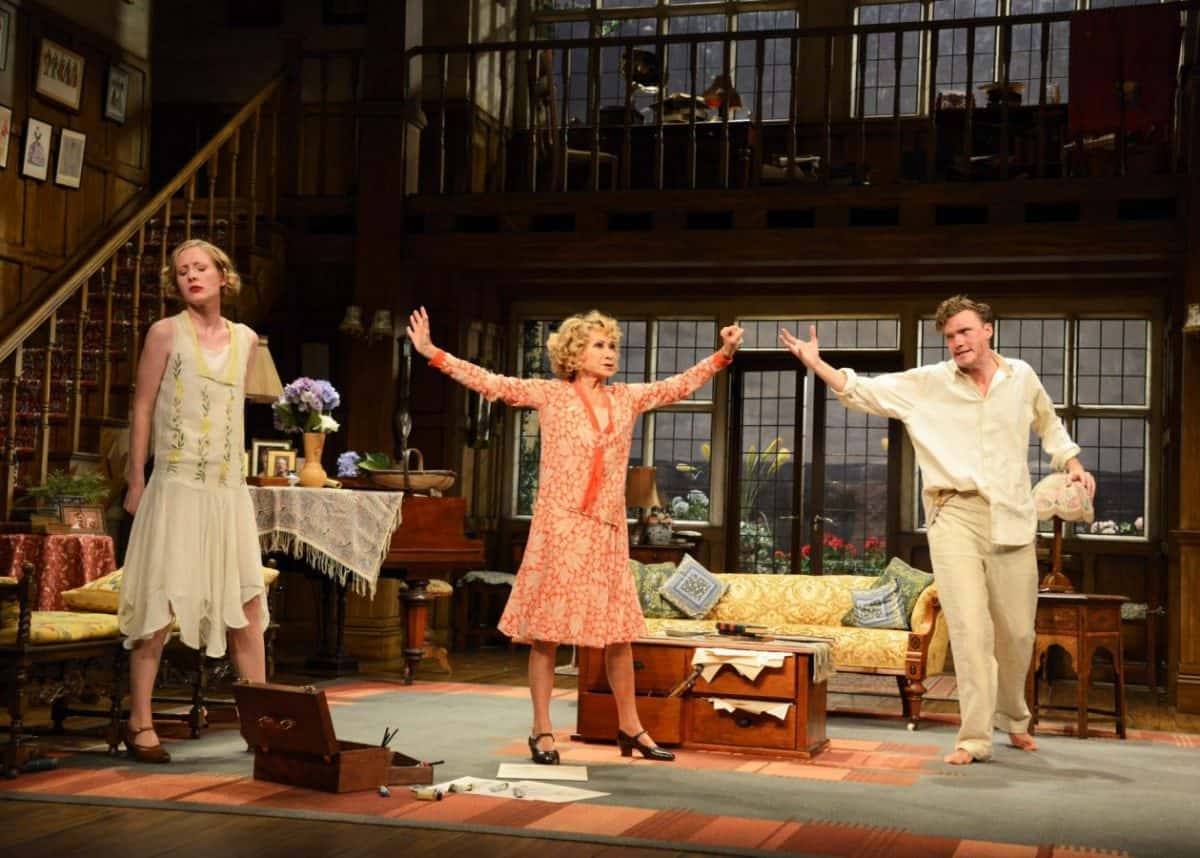 Bohemian: Bohemianism is the practice of an unconventional lifestyle, often in the company of like-minded people, with few permanent ties, involving musical, artistic, or literary pursuits.

A warm evening in the West End saw the familiar huddle of theatregoers congregate around the glistening Duke of York, chilled glasses of white wine hung from the newly restored balcony and a breeze of tobacco hung in the air outside the main entrance.

The quintessentially British venue plays host to a very British production in Hay Fever, the Noel Coward classic brought back to the stage by Theatre Royal Bath a stone’s throw away from his namesake theatre.

The stage was set for an exuberant performance. Lavish furniture littered the set, Siblings Simon (Edward Franklin) and Sorel (Alice Orr-Ewing) mooch over art and literature as their mother Judith (Felicity Kendal) appears from the garden. Loving family exchanges are soon replaced by a debate of theatrical proportions as unexpected guests are announced at the last minute. When father David (Simon Shepherd) emerges briefly from his study to announce a the visit of his own guest a tsunami of grief is unleashed.

For bohemian families, it takes the most insignificant of catalysts to trigger pandemonium. The rules of a game, the shortage of guest bedrooms, the location of Parisian landmarks; what would seem trivial to most families is earth-shattering in the Bliss household, which makes perfect fodder for the stage.  As Coward once wrote of his inspiration, “it was inevitable that someone should eventually utilise portions of this eccentricity in a play.”

He also wrote that the production is “far and away one of the most difficult plays to perform”, which is immediately evident. Actors, an eccentric bunch by nature, are tasked with balancing new-found creative freedoms with the delicacy of the script. Overacting a bohemian character can be just as costly as underacting it, but the cast adapt well.

Felicity Kendal is magnificent. As Judith, she manipulates characters as props in her life. What drama unfolds is inconsequential as long as she is the protagonist, and so she seduces her infatuated admirer before marrying him off to her daughter, oversees the engagement of her son with a woman who is besotted by her husband and instigates her own divorce for what is probably the tenth time.

Her family are equally eccentric, all to the horror of their guests who provide much hilarity as they try to comprehend the household. Richard Greatham (Michael Simkins), Myra Arundel (Sara Stewart), Jackie Coryton (Celeste Dodwell) and Sandy Tyrell (Edward Killingback) are all unsuspecting victims of a family with eccentricity and drama in their blood. Deprived of hospitality and companionship they are forced to form allegiance to escape the real life drama that they are unwittingly part of, although any drama they create alone is unlikely to attract the attention of their captors; a plot that is simply made for the stage.