By Felicity Evans  @eff_evans HBO’s stylish and compelling cop drama returns to Sky Atlantic on 22 June with a fresh story and new characters…  [Warning: contains spoilers]  ‘Well, I can’t say the job made me this way. More like bein’ this way made me right for the job’ Detective Rustin Cohle (Matthew McConaughey), True Detective […]

‘Well, I can’t say the job made me this way. More like bein’ this way made me right for the job’ Detective Rustin Cohle (Matthew McConaughey), True Detective

Of all the justified praise heaped on True Detective’s first season for the quality of its acting, photography, dialogue and setting, surely most significant is the show’s creator, Nick Pizzolatto, is a cracking good storyteller. Whilst some entertainment pundits in the UK and the US ultimately felt disappointed by what they saw as dead ends and red herrings, True Detective delivered, week after week, an ambitious, thoughtful and – above all – thoroughly addictive yarn that viewers itched to see finally unravel. The fact that when it did, major plot drivers such as the Yellow King and Carcosa were revealed to be near-insignificant in the wider context of two men’s intensely personal and painful evolution only offered further proof of Pizzolatto’s skill – not to mention chutzpah.

Starting later this month, we have the equivalent of the ‘difficult second album’. Pizzolatto has to equal or better season 1, and to help him do this he’s eschewed Hollywood heavyweights in the mould of his first brace of leading men, Woody Harrelson and Matthew McConaughey, and gone for Vince Vaughn and Colin Farrell. Both men can act, but neither has had the chance to really prove it that much, certainly recently. ‘TV to film’ was the direction creative talent traditionally travelled, only going the other way when reputations were on the wane. This has been almost completely overturned in recent years (and True Detective is a particularly high-profile example of the trend) with big-name stars eager to take to the small screen due to the sheer quality of the work being developed – and for the chance to get stuck into pieces that have room to breathe over eight, ten or 13 episodes. What can’t have escaped Farrell and Vaughn is the jump-lead True Detective could potentially apply to their careers: Farrell is a whisker away from the recognition he deserves on a larger scale (his fans know he’s good; the wider film-going public are less sure) but Vaughn is quite possibly in the last-chance saloon, having had a string of flops at the box office in recent years, including Delivery Man, The Watch and The Internship.

Yes, there’s an element of stunt casting (Vince Vaughn! What, Frat Pack Vince Vaughn?); however, Pizzolatto clearly has faith not just in the quality of his own work as a writer, but in that of his wider creative team, whom he trusts to photograph, direct, light and dress his new stars in a way that will coax from them the best performances they can deliver – performances that will possibly come to professionally define them. In short, Brand True Detective is strong enough to take some risky experimentation (and not just with its actors: the flashback narrative structure – a key strength of the first season – is to be replaced by a more straightforward linear style).

Fans everywhere will certainly be willing to give the second helping of True Detective a chance. Whether it can be as compelling, fascinating, ambitious and visually stunning as the first outing remains to be seen… 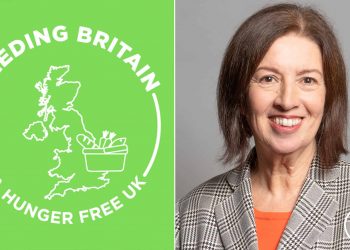