Back in the early days of NASCAR that circuit of hard driving, pit row fighting, Richard Petty, Junior Johnson, pedal to the metal high speed oval track racing had two basic rules: try not to kill anyone, and the cars actually had to be street legal right down to working headlights. Other than that, go […] 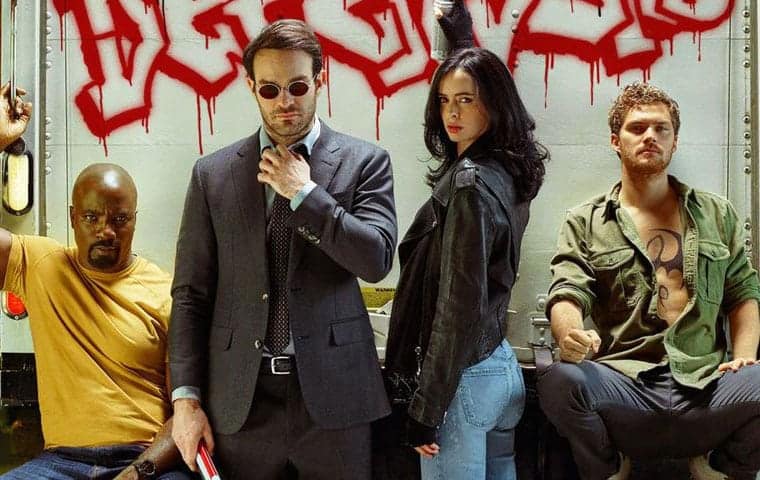 Back in the early days of NASCAR that circuit of hard driving, pit row fighting, Richard Petty, Junior Johnson, pedal to the metal high speed oval track racing had two basic rules: try not to kill anyone, and the cars actually had to be street legal right down to working headlights. Other than that, go to it boys. As such, the Big Three auto manufacturers in Detroit released limited edition models specifically designed to hold the track at Daytona, Talladega and the other high-banked super speedways. One of those was the Dodge Charger that came rolling off the Chrysler assembly line in Hamtramck, Michigan in 1969. It had two monstrous features – a 7.0 litre V8 engine, and a gigantic spoiler rising from the back that earned the car’s drivers the nickname of Winged Warriors. NASCAR took a long, hard look at this creature and said, ‘Mmmm…don’t think so’ and outlawed the Charger from competition in 1970.

The rest of this review is all about the Netflix series The Defenders but I had to kill a paragraph because the following is a Dodge Charger sized spoiler and there is no way I wanted a Google preview snippet to give anything away.

While it is most likely that anyone curious enough to read this review already knows the basic history and set-up of The Defenders there is just a chance that some reader out there is coming at this blind as Matt Murdock aka Daredevil. ‘Who dat?’ you say? Ah. Daredevil was the first of four Marvel Entertainment series produced for Netflix and it presented a different, street level perspective on superhero crime fighting than the broader, more colourful Avengers or Guardians of the Galaxy movie characters. Daredevil focused on urban crime, drug trafficking, shady real estate deals, muggers, sex trafficking and the like. A blind attorney with four heightened senses and elite martial arts training may not be realistic in the strictest definition, but when compared to Thor or The Hulk, Matthew Murdock as played by Charlie Cox seemed to step straight out of a news documentary.

Daredevil was followed by three other series. First there was Jessica Jones (Krysten Ritter of Breaking Bad fame), an alcoholic private investigator with extraordinary strength. Next came Luke Cage (Mike Colter) a Harlem-based ex-con with both super-strength and bulletproof skin. Last to be released was Iron Fist (Finn Jones) and it was a goddam mess. Danny Rand, or The Immortal Iron Fist as he inevitably introduces himself, made The Tick – he of ‘Must think … can’t … too stupid’ fame – seem like Albert Einstein. I suffered, and I do mean suffered, through Iron Fist‘s thirteen episodes of plot holes, bizarre motivations and plodding pace because I knew that The Defenders was coming and darn it all I wanted to be prepared.

So was this trip really worthwhile? The answer is a resounding yes with only a very few quibbles and qualifiers. From here on, I’m going to assume that you’ve seen the series as I really am not motivated to spend a thousand or two words explaining what The Hand is, or how Karen Page, fighting young columnist for a New York daily is at the epicenter of the biggest story in modern times and for whatever reason doesn’t file any copy.

Netflix and Marvel made the key decision to reduce The Defenders to eight episodes rather than the other series’ thirteen. Not only did that largely eliminate the pacing issues that afflicted both Daredevil series as well as the others, it made The Defenders a two or three night binge. Effectively this show is a seven hour movie and it needs to be approached in that way. Thus, the first two forty-five to fifty minute episodes may seem slow and glutted with exposition, however they are relatively the equivalent of a traditional 90 to 120 minute film’s first reel; quite literally the table-setting before our heroes settle down in a Chinese restaurant to figure out what they are fighting and do they want to fight The Hand together. 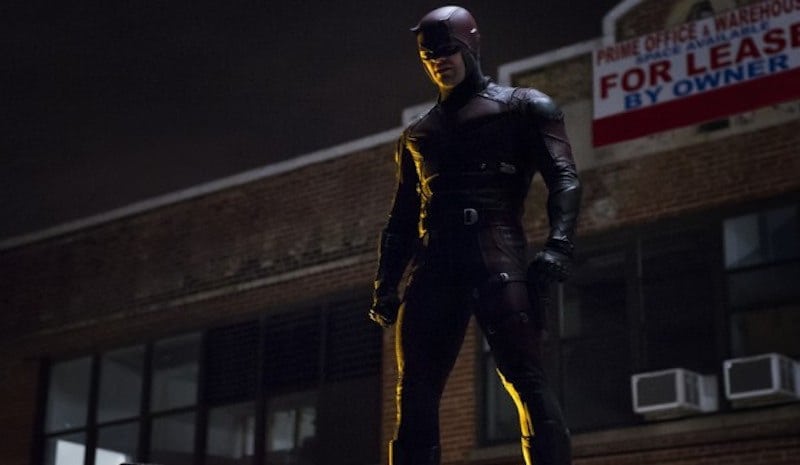 The other shrewd move the producers made was casting a real, live, honest-to-goodness movie star in Sigourney Weaver as Alexandra, the wealthy as Croesus big bad leader of The Hand. Weaver never chews the scenery, never shouts or screams, instead moving and speaking with a calm serenity while being dressed in a series of drop dead gorgeous high fashion gowns that flash Star Turn! Star Turn! Star Turn! out at the viewer.

Ritter, Colter and Cox are all rock solid in their portrayals of Jones, Cage and Daredevil, with the dialogue still sharp and witty yet not as cringing jokey as the Avengers movies. As for Finn Jones’ Danny Rand, well let’s put it this way, Jones ain’t getting no Olivier Award anytime soon; his go-to acting move is a short, snuffling snort of breath that makes him sound like a bridle path pony in need of a bag of oats. But that said, The Defenders‘ showrunner Mike Rodriguez made a great call in the script which I can only describe as ’embrace the stupid.’ If Danny Rand came across as a bit thick and blundering in Iron Fist then let’s run with that. Thus Luke Cage in particular and all the others are out-right rude to Danny when he describes his, er, Oriental spiritual training, giving him a metaphoric pat on the head and sending him to bed with a cookie and a glass of milk. 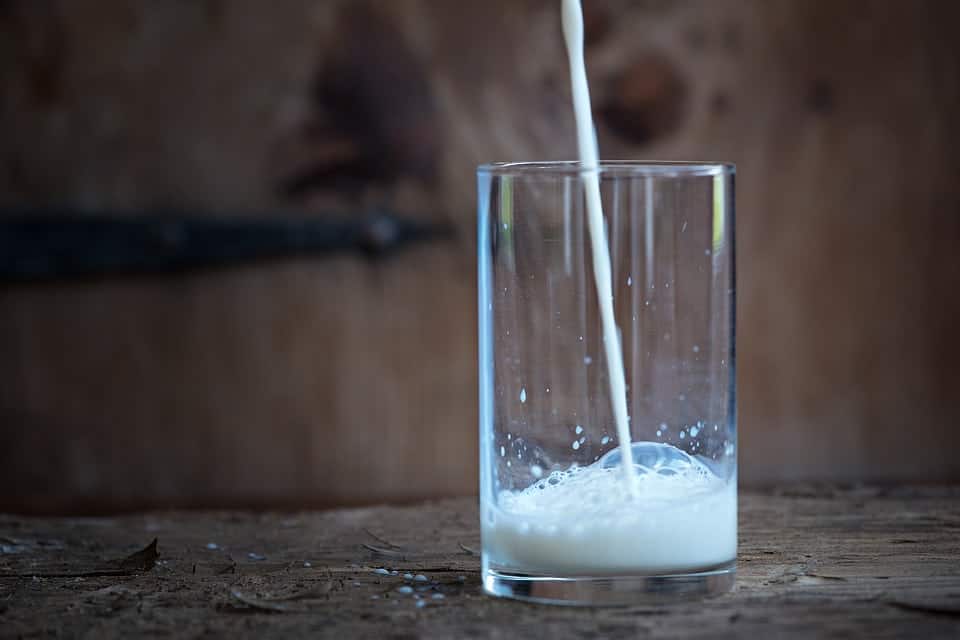 What I was happiest about though was the return of Jodie Yeung as Elektra Nachios, last seen dying in Matt Murdock’s arms. As the resurrected Elektra/Black Sky, Yeung does beautiful work, frequently wordless, revealing the slow re-birth of her memory without tricks or clunky gasps of recognition. Frankly, if Marvel and Netflix chose to make an entire Elektra series (assuming she’s not dead yet again) I for one will be tuning in.

The only aspect of The Defenders that I found to be a bit of a bore were the action sequences. Yes, the fight choreography was superb, but to be frank after you’ve seen one or two sequences of ‘vastly out-numbered heroes mowing down thirty nameless, faceless ninjas’ you’ve kinda seen ’em all. The four Defenders seem much more at risk in any of the one-on-one confrontations than any of the battle royals. You can hit fast forward on any of the latter and not miss a single plot beat.

Moving forward, there will be another run of the four principals’ individual series. As a third series of Daredevil had already been announced, the ‘death’ of Matt Murdock never really carried the emotional punches of grief and then surprise with the post-credit sequence showing his survival. Presumably there will be another team-up sometime in 2019 and if God and a lack of nuclear holocaust keeps all alive until then, I’ll be watching.