As I am a kale eating, energy conserving, Trump loathing, Corbyn loving, Lily Allen listening, hug a tree, kiss a bee, spray paint on a bedsheet and wave it at the march activist – no animals harmed in the making of products and does no one think of the children? – of course I read […] 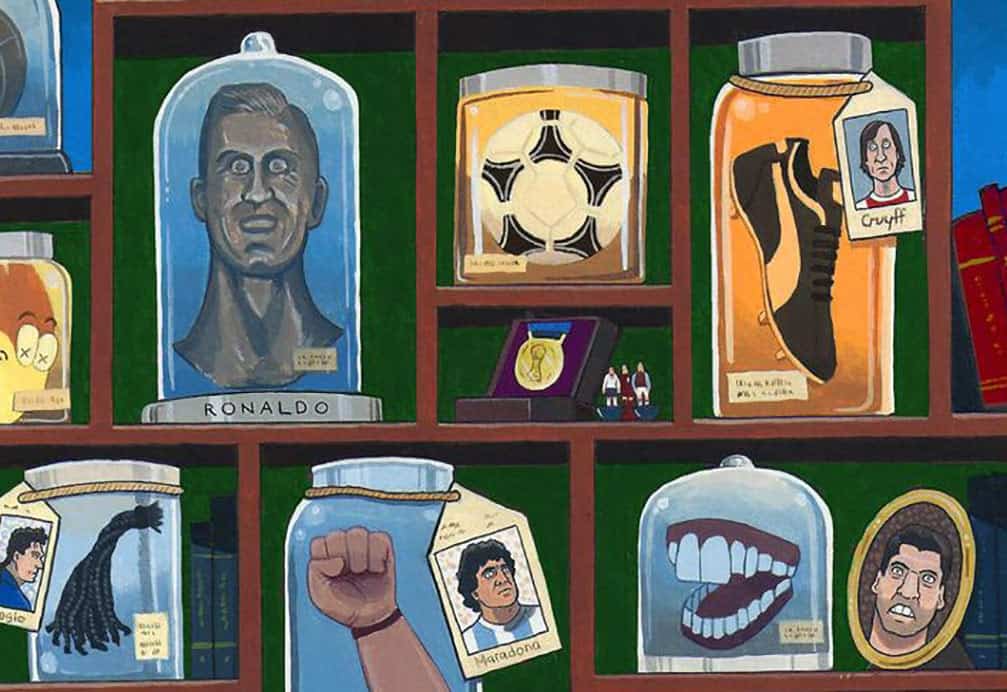 As I am a kale eating, energy conserving, Trump loathing, Corbyn loving, Lily Allen listening, hug a tree, kiss a bee, spray paint on a bedsheet and wave it at the march activist – no animals harmed in the making of products and does no one think of the children? – of course I read the Guardian. It’s sort of the daily Bible for people who are dubious about actual Bibles.  But here’s a nasty little secret that would bring great shame to my children if I had any; I turn to the Football section first. Well I mean really, one can’t be deadly serious all the time. Even God took a day off. (thinking) I wonder if that’s why football was invented?

Even within the Football coverage I have a weekly ritual. Every Wednesday at about 10AM the Guardian runs the latest comic strip written and illustrated by David Squires. As a draftsman, Squires is very good and is actually improving over time. His José Mourinho for instance used to be a bit, well, sketchy until the image was perfected of two eyes piercing like oncoming headlights over a five o’clock shadow of permanent misery. Yes, I’d say that sums up the man quite nicely.

Squires’ humour reminds me of The Simpsons or South Park from a decade ago; you know, back when those shows were still funny. Cultural memes and references are tucked into the background, blending the news of the day with the F.A. Cup or the misfortunes of Phil Jones. Indeed, after reading a Squires cartoon I scroll down to the Below the Line comment section just to see if I missed anything on first viewing as inevitably I have. 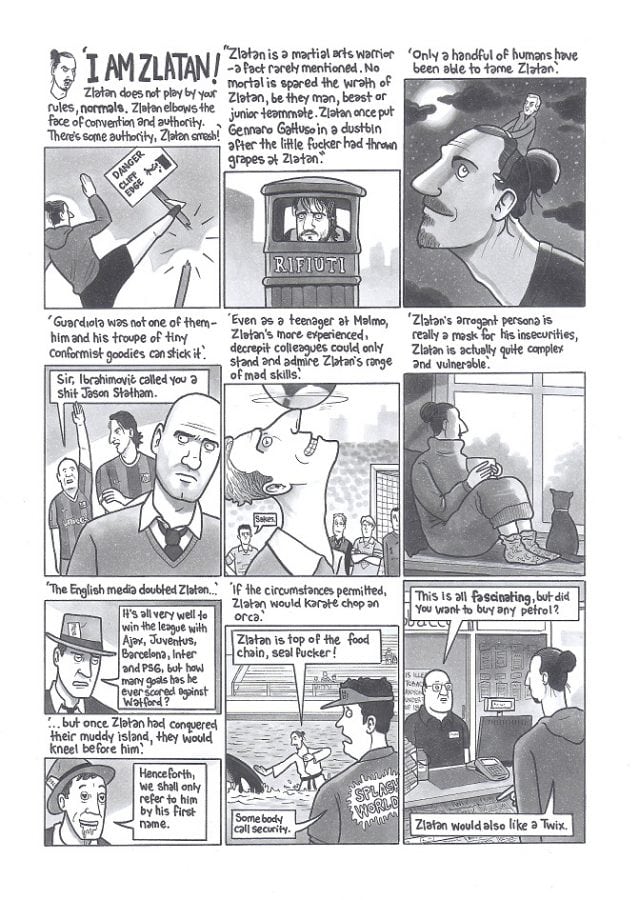 When I noticed that a full-length, actual hardcover book of new Squires cartoons was being published I instantly requested a copy and junked any plans I might have had for reading plaintive novels of lost youth or whatever Yanis Varoufakis is banging on about this month. And I am absolutely tickled as pink as Scotland’s bizarre away kit to report that I truly loved every single page of The Illustrated Football Hall of Fame. Well, there’s a slight exaggeration there I suppose. The copyright page is as much filled with wit and imagination as a compilation of The Best of Tony Pulis.

The book is laid out precisely as you would expect. All the acknowledged giants of world football, from Maradona to Stanley Matthews to both Ronaldos and beyond are given a one page written introduction followed by a one to three page series of cartoon panels. Not all of them are knockabout funny and that is by intent not failure. I had neither read nor heard of the story of Britain’s first multi-racial footballer, Walter Tull. Tull died in No Man’s Land during the Great War, his body was never recovered, and despite being recommended for the Military Cross the Ministry of Defence has never awarded it. As we approach the centenary of Tull’s death next year I rather suggest they get on with it. 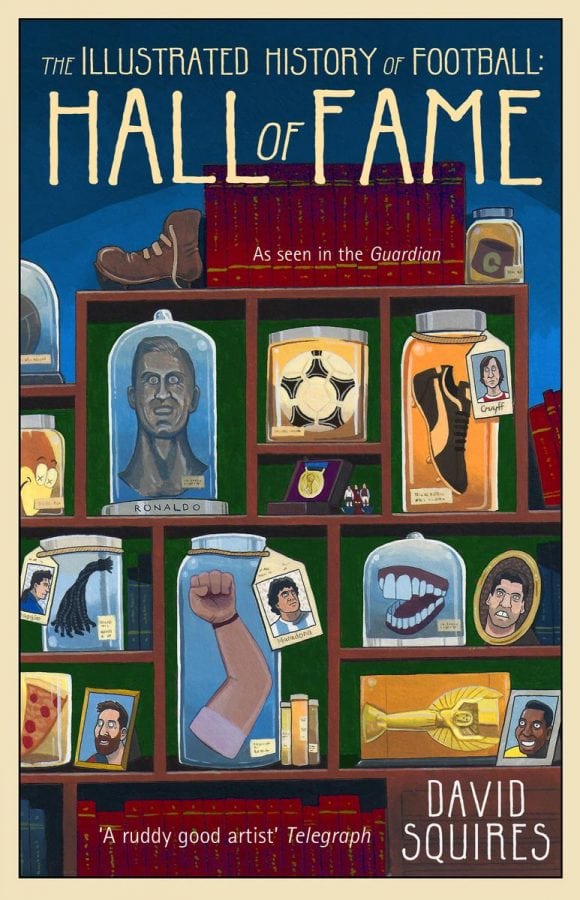 The Illustrated Football Hall of Fame was also surprising in a delightful way. As I’ve already stated, David Squires is a fantastic satiric cartoonist. What I did not know is that he is equally a fantastic satiric writer. Released from the restrictions of a dozen or so words within a cartoon panel, the introductions are every bit as funny as the images. As much as I enjoy laughing, I can count on the fingers of one hand the number of writers whose words on a page can actually make me guffaw, chortle and snort. (Guffaw, Chortle and Snort are also Sunderland’s back three, as well as a gratuitous insult found in book reviews written by someone who used to live near Newcastle.)

I can heartily endorse The Illustrated Football Hall of Fame as a truly perfect Christmas present for anyone who is a football fan. It is well and truly going to be featured as one of my books of the year.