The perfect age to write a novel is 50, according to a study of the bestselling authors of the past half-century. Unlike musicians, the BBC reported, writers tend to “mature with age”. But while it’s not as common for authors to land a publishing deal at a young age as it for pop singers, it […]

The perfect age to write a novel is 50, according to a study of the bestselling authors of the past half-century. Unlike musicians, the BBC reported, writers tend to “mature with age”.

But while it’s not as common for authors to land a publishing deal at a young age as it for pop singers, it is not unheard of. In an exclusive Q&A, The London Economic speaks to the acclaimed fiction author Katja Brown about the challenges that young people face in the publishing industry, and about her debut novel, The First Bride (Austin Macauley), which she wrote at the age of just 18.

You wrote The First Bride, your debut novel, when you were just 18 – which by any standards is a significant feat. What prompted you to embark on your literary journey and how have your peers reacted to the book’s publication?

At the time, the gravity of it didn’t really come to my attention until I had finished the first draft of the novel. Honestly it was simply that I wanted to make sure I understood the Gothic genre as I was studying it in depth at the time, so I thought I could use my creativity to see if I could recreate my own Gothic Horror in a compelling way. My peers were nothing but supportive, happy and really rather excited by the whole process. They asked to read my drafts and be involved as much as possible. My current university peers are just as enthusiastic and intrigued by the process and are just as surprised as most were by the age I was when it was published.

What did your parents think of your writing ambitions? Were they supportive?

Very much so! My parents were understandably surprised when I told them I had written a novel and even more so when I revealed I had sent off the manuscript to a Publishing House. They were so happy and proud when it was accepted and thought it was well worth a shot. Obviously, I can’t speak for them, but they’ve always encouraged me and my writing and as parents who love to read they were eager to read my work. 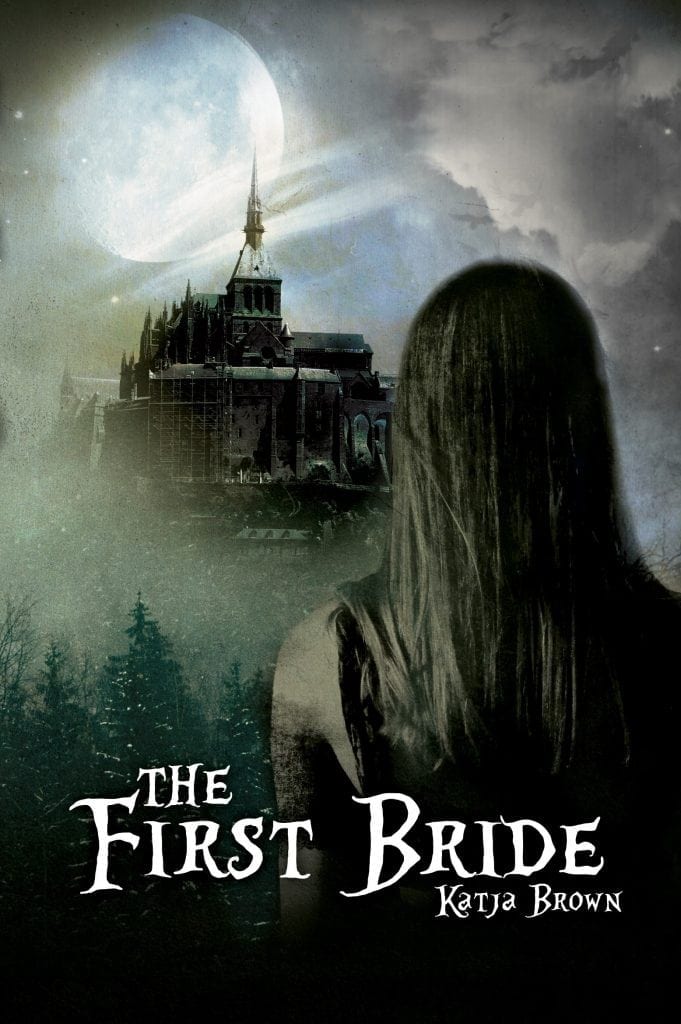 Mary Shelley! First and foremost, she was 19 when she wrote Frankenstein. To have such a degree of talent at that age was a massive factor for me. And where would I be without Bram Stoker’s Dracula? It is the quintessential vampire tale to which all other writers should aspire to; I know I certainly do. He introduced me to a villain I love to hate and love. In a more modern-day sense Derek Landy has played a huge part in inspiring me for years by making my novel my own and writing what I love.

The Gothic genre is perhaps best known for its ‘blood and guts’ titles. Why did you choose this genre over others?

It is a common thought that, yes, it’s all ‘blood and guts’, but I find it holds so much potential for beauty in the language used. The Gothic genre is very similar to the Romantic style of writing. I chose it for this reason, because you can create a ‘terrible beauty’ in a way that is captivating to the reader. I find the ‘blood and guts’ are just a seasoning, an embellishment to a wider picture. It adds a thrill and a scare to an already compelling story; sometimes it’s needed and sometimes it’s not. The cleverness and elegance of the genre allows me to create descriptions that are completely abstract or even weird with contrasting ideas that work simply because it is a Gothic piece I am writing and that linguistic discomfort just adds to what I am doing.

What challenges do young people face in the publishing industry and how can these challenges be avoided or overcome? Does being a young woman present any additional challenges?

I think that being young and wanting to enter this creative field is an intimidating idea. It boils down to the fact that, not many young people are published and many young people don’t take the time to write something as we are either preoccupied with life, school, exams and all the other complications of being young. I also think that so many people wait until they’re considered an ‘adult’ to at least try, even when the potential has been there for years. For me I was particularly worried that I wouldn’t be taken seriously because of my age or that the older audience wouldn’t read my work because I was eighteen and couldn’t possibly have anything worthwhile to say. Looking back now it is nonsense, but the fear was very much real and yes, people continue to be surprised that I wrote my novel at the age I did. To overcome it? Go for it! Swallow the fear and just go for it! If more young people wrote and tried to get published either through books, anthologies, magazines, then the struggle for young people to be respected in the literary community would lessen. Being a woman only adds to the shock factor. I have found that readers have been shocked that a woman can write some seriously disturbing or horrific scenes even though there have been female Gothic writers for many years.

You are currently studying an English and Creative Writing degree. Do degree courses help writers in any practical way?

Knowledge is endless and it’s always helpful to keep learning new things. So yes! Absolutely! Understanding the art of writing as a whole and not just one genre is key, I think, to becoming a great writer in yourself. You meet likeminded people who bring something new and make you better. In a course like this I get to learn from people with an enthusiasm for what they do, and you can’t get any better than that.

I plan on doing my Masters and maybe even a Doctorate because I love learning. The sequel is currently being edited for publication and I am working on the third instalment now. Career? Possibly try my hand at lecturing and teaching, I’d love to pass on knowledge and help others discover their own flare for literature. I’m in no hurry to enter the Adult world though.

Is a career as a full-time author sustainable from an income point of view?

I suppose it depends on how popular you are as a writer and how publicly noticeable you become. It is the dream, but reality is very different, this is why I am also doing my university course so I can get a job in teaching while I write and put my work out into the world.

How will the publishing industry change in the next 50 years? Will hard covers and paperbacks be consigned to the history books, for example, as eBooks take over completely?

Never! I don’t believe that will be the case at all. I think there will always be a desire for proper books that can be touched and pages that can be turned manually. There’s something beautiful about seeing a book with a cracked spine and a little bit worn, it’s a book that’s been loved and read again and again. A bookshelf full of titles tells a story about the reader and is individual to everyone, dusty ones and new shiny ones. In terms of change, I think it will become easier for writers to get their work out and into the public eye and be recognised for their talent. Hopefully widening the literary community to include young aspiring writers to be heard just as much as established writers.

What one piece of advice would you give to other teenagers considering writing their own book?

Being young doesn’t mean you have any less of a voice than a thirty-year-old writer. Some people live more in ten years than others do in forty. All you need is a good idea and the will power to see it through to the end. Don’t be discouraged if you don’t get published right away, enter competitions, do public readings, do it because it makes you happy and for no other reason. Make it yours because it’s your journey.