Say what one will about genre fiction, usually expressed with a long-nosed sniff of disdain while ice cubes clink against the side of a swirled glass, yet it remains true that thousands, even tens of thousands of readers will derive much more enjoyment from the latest ‘dead body staining the white wicker in the sun […] 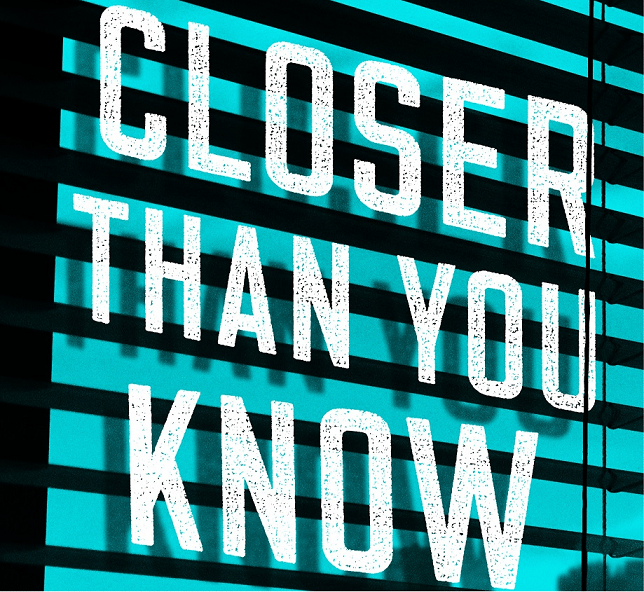 Say what one will about genre fiction, usually expressed with a long-nosed sniff of disdain while ice cubes clink against the side of a swirled glass, yet it remains true that thousands, even tens of thousands of readers will derive much more enjoyment from the latest ‘dead body staining the white wicker in the sun room’ than you will from the latest Man Booker approved bit of indulgence where otherwise silent characters drone on and on in an endless interior monologue while watching rain drops etch their way down their reflection in the bedroom window. Just to be clear (or at least clearer than those rain-soaked windows) I am not advocating a reverse snobbery. Rather, much like missionary position sex, genre reveals its pleasures if it is done well.

When written by the right hands, a genre mystery or thriller presents a delightful puzzle that also expands the reader’s background knowledge. My knowledge of poisons would be dreadfully limited without having turned several thousand of P.D. James’ pages; similarly childhood trauma as narrated by Ireland’s Louise Phillips, or the time of Baudelaire or Nazi prison camps in the novels and stories of the Belgian master Bob Van Laerhoven. All that is required for a satisfactory reading experience is for the story to intrigue, the characters to attract, and the flow to stream past in a logical, plausible fashion. It seems easy enough, which I suppose is why so many thousands of tyro writers try and write mysteries every year … and so many thousands of tyro writers fail miserably every year. It’s like walking across a highwire. You spend your whole life walking, placing one foot ahead of the other, until one day doing exactly that assumes an importance, with a panicked result of splat on the asphalt.

This all bring us to Brad Parks’ Closer Than You Know. Despite this being his eighth published novel (three of which have won various mystery awards) he’s new to me, which is okay as I’m new to him too. A quick glance at his bio informs us that he began as a newspaper reporter covering both sports and crime for The Washington Post and the Newark (New Jersey) Star-Ledger before retiring to raise a family and write novels. One hopes that the retirement was by choice rather than newsroom shrinkage, but these are hard days on us all. 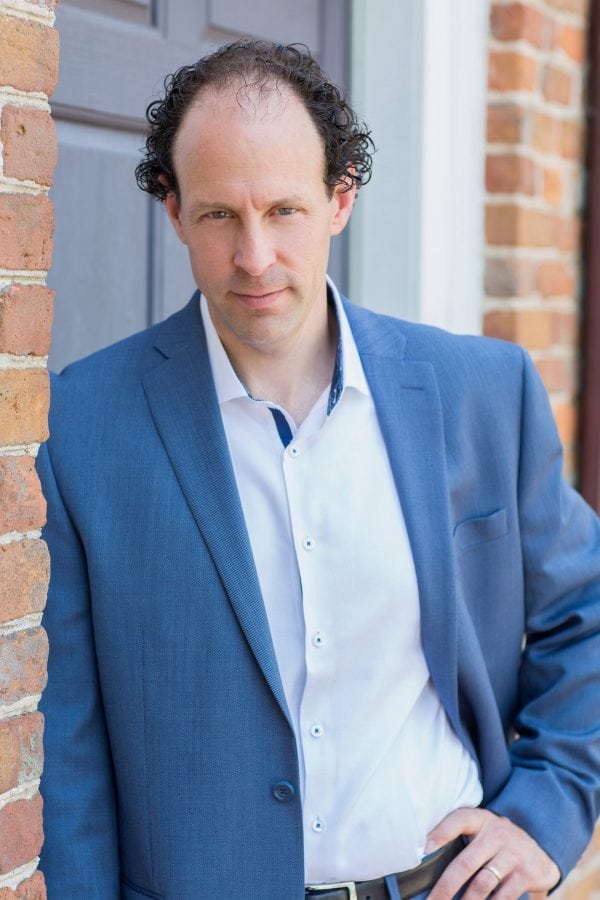 Newspaper writing makes for a fine training ground for a writer, as Ernest Hemingway and Morley Callaghan among others would attest were either still alive to do so. Besides teaching the art of writing clear, concise, accurate prose, having to file three by-lined news stories with a three o’clock deadline will knock any notion of a mournful, whingeing writer’s block straight out of your fool head. For all its art and notions of the great and grand, writing is a job and it needs to be approached that way. I’ll take a team of five newspaper writers against a team of five MFA grads any time in a challenge as to which team will write the most best-selling (or selling, period) novels over a five year period and I’ll win that bet every time.

Closer Than You Know has at its heart a plot based around a theme of, “Well now, that was a shitty day.” Within the space of a couple of hours, Melanie Barrick finds that her infant son, the result of a rape, has been taken from daycare by Children’s Services because almost half a kilo of cocaine has been found in her home and she is arrested and charged with intention to distribute, assaulting a police officer, then murder. Normally at this point in summarizing a novel’s set-up I write, ‘complications arise’ but I think those are enough complications to fill any dispiriting life.

As you are an intelligent reader, you can easily guess where we go from here. How does Melanie get off the hook? Parks lines up the obstacles in formidable fashion, particularly in the form of a Commonwealth’s Attorney (the State of Virginia’s term for District Attorney or Chief Prosecutor) who wants a speedy and very public conviction of Coke Mom in order to further his political ambitions. A side note: elected members of the judiciary are an American invention and a really lousy one at that. 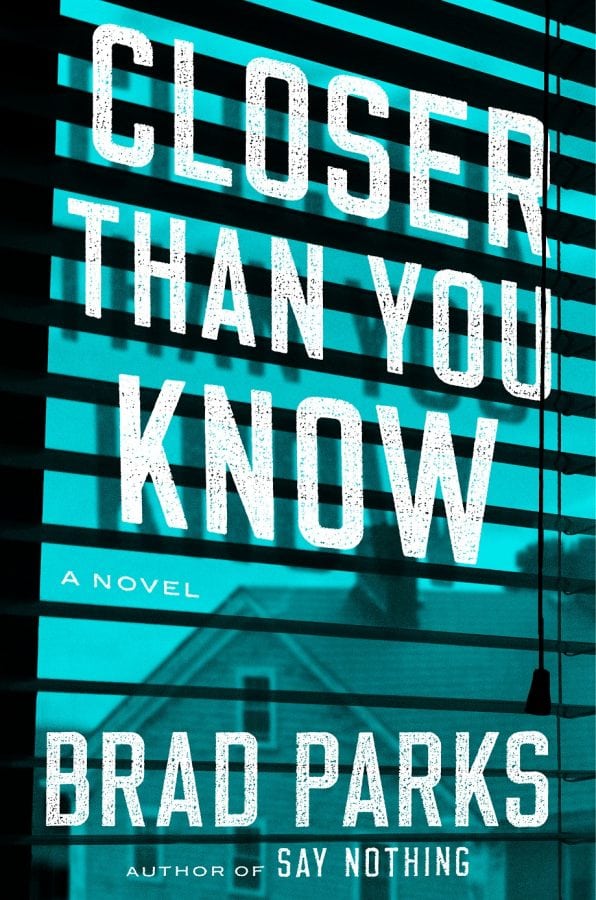 What makes Closer Than You Know stand out from the pack are its sub-plots and running themes. That’s what good crime fiction does. Otherwise the novels are just a series of, ‘here’s a clue, there’s a clue, everywhere’s a clue-clue’ until BOING! the hero(ine) is sprung from the trap and Evil McBadBreath is tossed in the hoosegow. If solving the actual crime was all that is needed in writing a good crime novel or mystery, then they could be written as short as sonnets or possibly haiku. The fun is all in the journey.

Towards that end, there is a strong feminist theme to Closer Than You Know. I give Parks a lot of credit, for he has not just one, but two women at the heart of this novel. Besides Unfortunate Melanie, he also focuses on the deputy Commonwealth’s Attorney Amy Chase. There aren’t many male writers who feel secure enough to write in two women’s voices, so good for him. In this era of #MeToo it is incredibly timely that sexism, seeing women as irrational to the point where men withhold vital information in order to ‘spare her feelings’, and a hushed up serial rape sub-plot all reveal themselves.

The other great merit of Closer Than You Know is its dialogue. Because I’m an old playwright I largely endorse or damn fiction based on the things characters say to one another. Is it just a bunch of exposition served with a salad of clichés or, are these words things people might actually say in the way that people actually say them? Parks gets it right, and not just the spoken words. He also gets the unspoken conversation right; how eyes move, how a character raps his knuckles twice on a desk to end a conversation. All of this lends a scene veritas.

Now, there is one itsy-bitsy pwobwem. If you have eyes, if you’re sentient, heck if you have a pulse, you will guess the outcome by about page fifty. The only way you won’t is if you choose to over-complicate the solution because, genre. Also, the second last death in the novel still makes no sense to me. I won’t say more but I’ll be curious to discuss this with anyone who reads Closer Than You Know and chooses to engage with me on Twitter. Still and all, this is a very good, very entertaining book that I swallowed up in three sessions. It delivers what it promises and that’s fine by me.